Global Warming May Dwindle the Supply of a Key Brain Nutrient 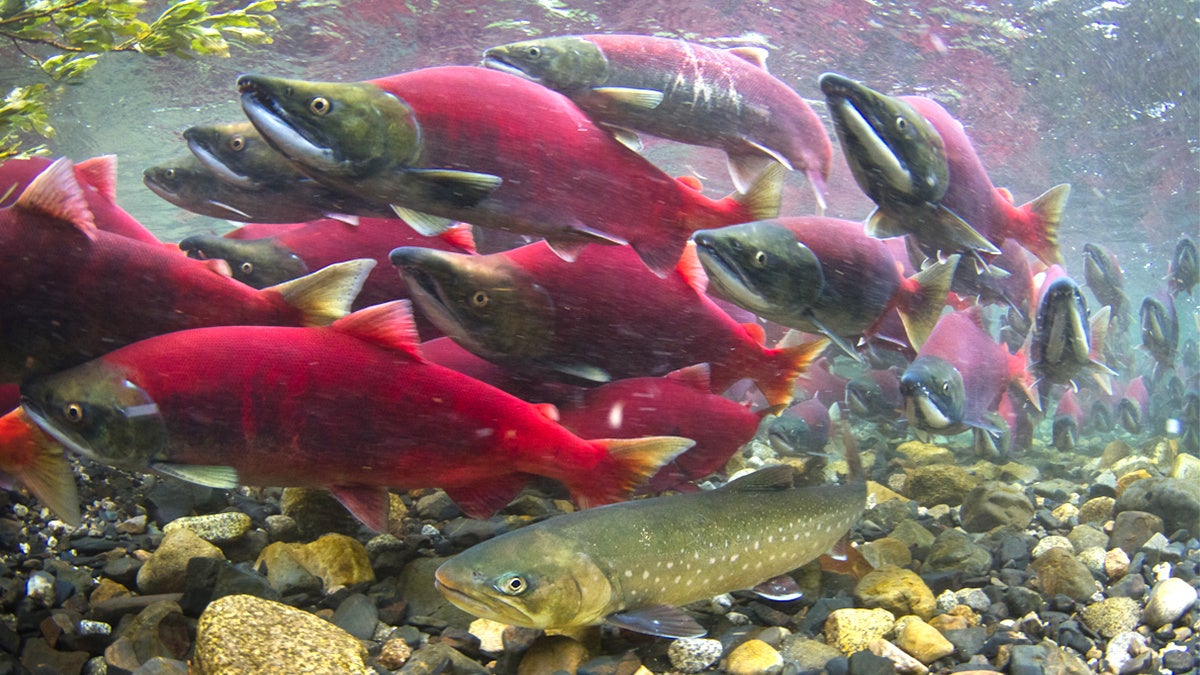 Glaciers continue to melt. Sea levels are on the rise. And now scientists believe the changing climate may put our brains at risk. A new analysis predicts that by 2100, increasing water temperatures brought on by a warming planet could result in 96 percent of the world’s population not having access to an omega-3 fatty acid crucial to brain health and function.

That molecule is called docosahexaenoic acid, or DHA. It is the most common fatty acid in the mammalian brain and plays a key role in the survival and function of our neural cells, especially during the organ’s development. Data suggest that not having enough of the compound may increase the risk of conditions such as depression and attention deficit hyperactivity disorder and impair cognition in people with early dementia.

Our bodies do not make much DHA, so, for the most part, we obtain it through diet. Plants and meats have modest amounts of the fatty acid, but the most abundant source by far is fish (or fish-derived supplements). Fish obtain DHA by consuming algae. The authors of the new study predict that rising temperatures could disrupt algal DHA production and lead to a 10 to 58 percent reduction in availability of the compound, depending on the geographic region.

To predict the future of DHA availability, they used data from the Food and Agriculture Organization of the United Nations and the fishery research institute Sea around Us to get numbers on how much edible fish are caught and farmed worldwide each year and on how much of that maritime tonnage is composed of DHA-containing fat. Then, using data showing how temperature influences algal DHA production, the researchers determined roughly how much of the fatty acid is presently available by consuming fish per capita versus how much will be available 80 years from now.

Their predictions show that larger countries with rapid population growth in East and Southeast Asia — including China, Japan and Indonesia — will face the most severe DHA shortages. Most African countries — especially landlocked ones — will also end up falling below recommended DHA intake, whereas nations with small populations and active fishing industries, such as Norway, Chile and New Zealand, will likely maintain access to adequate omega-3s.

“I already had an idea that DHA would decrease, based on previous data,” recalls Stefanie Colombo, an assistant professor in aquaculture nutrition at Dalhousie University and co-lead author on the new paper. “But I was surprised and concerned when we saw the decline in DHA per capita—that people in some areas of the world would be more affected.”

Tom Brenna, a professor with joint appointments in pediatrics, chemistry and human nutrition at the University of Texas at Austin, points out that the new results are open to a range of interpretation: “The [predicted] interval of 10 to 58 percent is so large as to be the difference between a mild inconvenience and a calamity.” Yet he welcomes any investigation into the global DHA supply.

Brenna, who was not involved in the new study, also points out that whether or not dietary DHA is necessary in adults has been an area of conflict for decades. Yet he and most experts in the field agree that it is a critical nutrient during brain development and even into the late teen years — and that its influence on brain function may vary, based on an individual’s genetic profile.

Omega-3 fatty acids can be derived from terrestrial sources, including nuts, seeds and land animals. Yet as Michael Crawford, now at Imperial College London, discovered in the 1970s, “ready-made” DHA — such as found in fish — is incorporated into the developing brain with 10-fold greater efficiency than plant-sourced DHA.

Crawford is a pioneer in understanding the relationship between omega-3 fatty acids and brain health and believes that the evolution of our big and complex primate brain would have been impossible without access to DHA. He also thinks that a decline in consumption of omega-3s because of our increasingly processed diet explains increasing rates of mental illness and declining IQ. Marine agriculture such as projects now underway in Japan might be essential to saving ourselves and the planet. “If mental illness continues to escalate, then Homo sapiens are finished,” Crawford predicts. “Seventy-one percent of the planet’s surface is water, and marine cultivation will help reverse this trend. Without farming the seabed and oceans, food security goes out of the window.”

Aquaculture initiatives abound throughout the world, including those intent on farming algae as a source of DHA. Other researchers are using genetic engineering to grow plants with a more available form of the fatty acid. And Richard P. Bazinet, a professor in the department of nutritional sciences at the University of Toronto and a co-author of the new paper, is working to understand how DHA enters the brain and how much of it a healthy adult brain actually needs.

Colombo is hopeful that in the face of a changing climate, scientists will devise new sources of DHA. And she plans to study how warming waters will affect fish metabolism and DHA availability. Yet she admits the outcome does not look good: “I don’t think this is something we can ignore. In terms of the climate warming, we can’t continue on this same trajectory.”

This story originally appeared in Scientific American. It is republished here as part of EcoWatch’s partnership with Covering Climate Now, a global collaboration of more than 250 news outlets to strengthen coverage of the climate story.