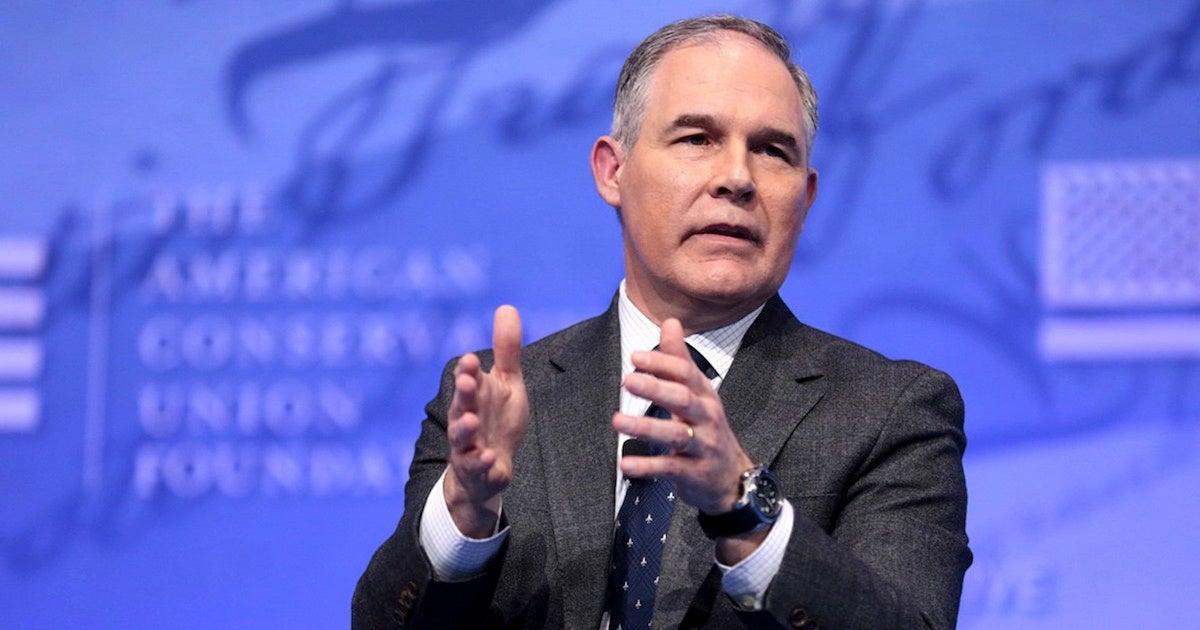 In a letter sent to U.S. Environmental Protection Agency (EPA) Administrator Scott Pruitt on Thursday, 19 Democratic senators demanded that the EPA boss “show your work” in his justification of repealing the Clean Power Plan (CPP).

This move comes after suggestions that the agency seriously underestimated the costly toll of climate change. For instance, one analysis showed that the Trump EPA put the cost of one ton of emissions of carbon dioxide between $1 and $6 in the year 2020—a dramatic decrease of the Obama administration’s 2020 estimate of $45. This figure is known as the “social cost of carbon“—or the public cost of burning fossil fuels—which guides current energy regulations and possible future mitigation policies.

“Denying the science and fabricating the math may satisfy the agency’s paperwork requirements, but doing so will not satisfy the requirements of the law, nor will it slow the increase in frequency and intensity of extreme weather events, the inexorable rise in sea levels, or the other dire effects of global warming that our planet is already experiencing. It will also not improve our standing in the international community or bring certainty to power markets as states plan for their future energy needs.”

“Your rejection of the scientific consensus that greenhouse gas pollution causes global warming is well-known. Additionally, we continue to await your response to the April 7, 2017 letter requesting more details about your views related to the cause of global warming and the agency’s plan to repeal and replace the 2015 Clean Power Plan Rule. Our review of the 2017 Repeal proposal only heightens our concerns.”

Pruitt announced earlier this month that he was repealing the CPP, which cuts carbon dioxide emissions from the nation’s power plants. Without the rule, the U.S. will not live up to its Paris climate accord pledge of a 26 to 28 percent reduction in emissions by 2025.

Pruitt says withdrawing the rule would end the war on coal.

“The EPA and no federal agency should ever use its authority to say to you we are going to declare war on any sector of our economy,” he said.

The full text of the senators’ letter can be found here.