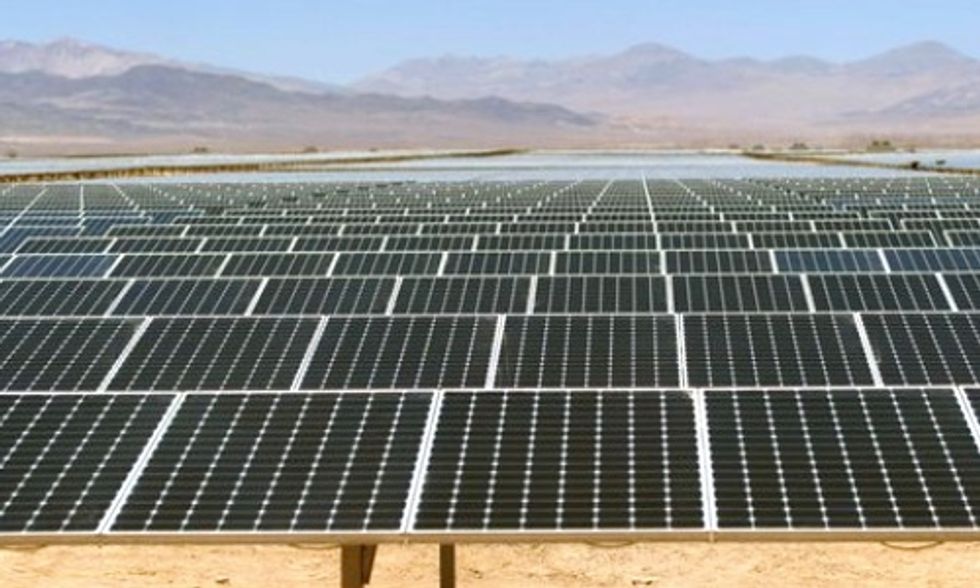 Thanks to Chile's major investments in renewables, the Latin American country is seeing an incredible solar boom.

In a new Bloomberg report, Chile Has So Much Solar Energy It’s Giving It Away for Free, solar capacity from the country's central grid has increased four fold to 770 megawatts since 2013. Another 1.4 gigawatts will be added this year with many solar power projects under development.

Thanks to an economic boost from increased mining production, Chile now has 29 solar farms and another 15 in the pipeline. Enel Green Power Chile Ltda. recently commissioned Chile's largest solar PV project connected to the grid. The 160-megawatt facility will be located in the northern part of the country in the municipality of María Elena, about 1,300 kilometers north of Santiago.

With so much clean power available, the price of solar has cost absolutely nothing for certain regions in recent months. As Bloomberg stated:

Spot prices reached zero in parts of the country on 113 days through April, a number that’s on track to beat last year’s total of 192 days, according to Chile’s central grid operator.

However, the article points out that Chile's rapid solar expansion isn't all good news. Due to the nation's bifurcated power grid, the central and northern grids are not connected.

The northern grid is where solar prices are going to zero, Bloomberg noted. Meanwhile, the main population centers in the south are not seeing the same benefits.

Chile, therefore, must invest in its transmission infrastructure in order for the whole country to tap into the north's glut solar power and stabilize demand.

"Chile has at least seven or eight points in the transmission lines that are collapsed and blocked, and we have an enormous challenge to bypass the choke points," Energy Minister Maximo Pacheco told the publication. "When you embark on a path of growth and development like the one we've had, you obviously can see issues arising."

The good news is that the Chilean government is addressing the problem with its planned 1,865-mile transmission line that will link the two grids by 2017.