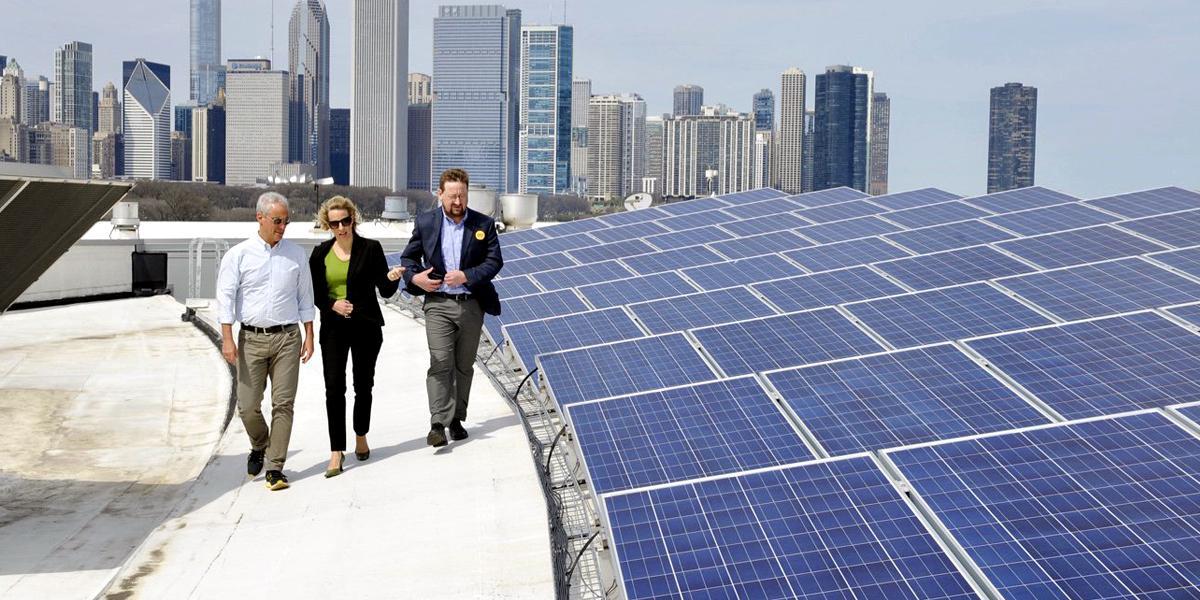 The city of Chicago announced this week that renewable energy will power 100 percent of all of its government buildings by 2025, making the Windy City the country’s largest to make that pledge.

That’s no small feat: With more than 900 city-owned buildings—including public schools and colleges, park district fieldhouses and buildings owned by the Chicago Housing Authority—Chicago has the country’s largest fleet of public buildings. Last year, they accounted for eight percent of all electricity use in Chicago.

If going 100 percent is a challenge, wind is up to the task: It already supplies 5.7 percent of Illinois’s electricity needs. That’s enough to power more than 982,000 homes and Illinois ranks as the seventh highest state in installed wind generating capacity.

“By committing the energy used to power our public buildings to wind and solar energy, we are sending a clear signal that we remain committed to building a 21st-century economy here in Chicago,” Emanuel said.

Illinois already reaps the economic benefits of wind: The industry employs more than 4,000 people in the state, gives over $10 million annually in land-lease payments to farmers and ranchers hosting turbines and has brought $8.4 billion in investment into Illinois’s economy.

Across the U.S., there is a clear trend of cities large and small committing to go big on clean energy and using wind power to get there: Greensburg, Kansas gets 100 percent of its electricity from wind and Georgetown, Texas became 100 percent renewable earlier this year, using 50 percent wind energy.

By committing to powering all of its public buildings with clean energy, Chicago has become America’s next and biggest city to take a giant step towards becoming 100 percent renewable.