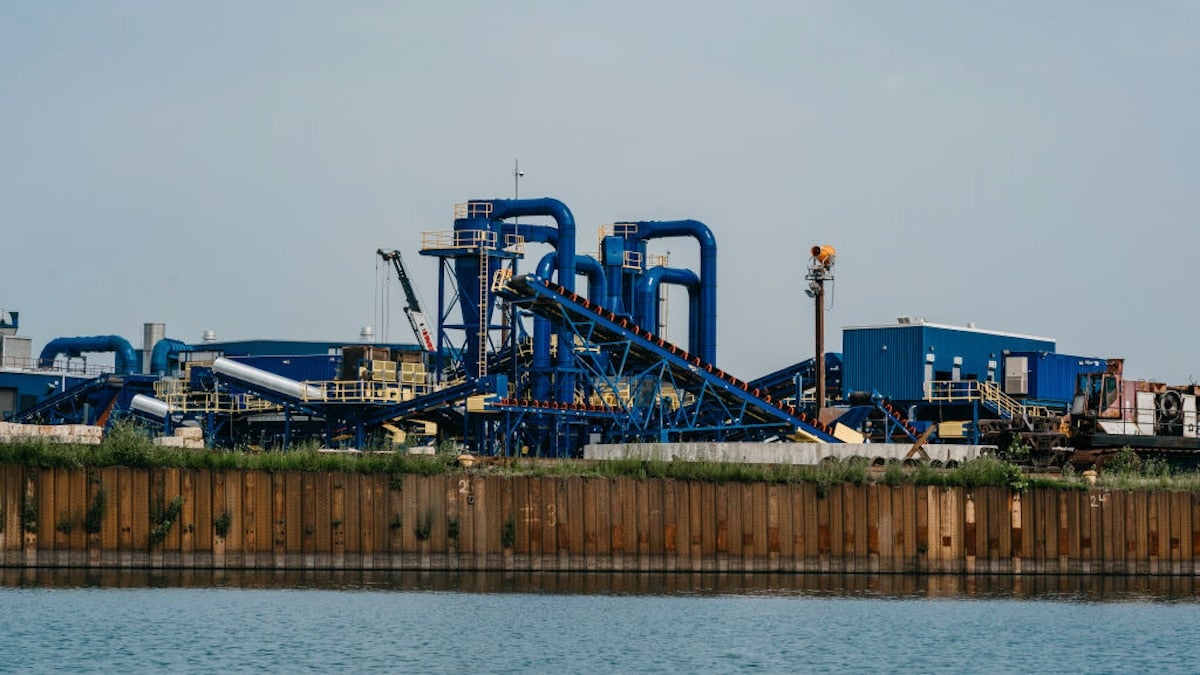 Southside Recycling, formerly named General Iron, moved to a new facility on the Calumet River on Chicago's Southeast side, seen here on July 20, 2021. Jamie Kelter Davis / For The Washington Post via Getty Images

A majority Latino neighborhood on Chicago’s Southeast Side has won a major environmental justice victory.

On Friday, the city denied a permit for a metal shredder that community members fought with a month-long hunger strike last year.

“This is a testament to the love and pride we have for the Southeast Side,” activist Gina Ramirez told The Guardian.

The metal shredder, known as Southside Recycling, would have processed two billion pounds of scrap metal every year. It was set to open around one year ago, according to the Chicago Sun-Times, but this was delayed due to concerns about environmental racism. The business, formerly named General Iron, had been relocated from the wealthy, white neighborhood of Lincoln Park to a majority Latino community surrounded by Black communities. Residents pointed out that the Southeast Side already faces high levels of air pollution, and the complaints led to an ongoing federal civil rights investigation.

In announcing its decision Friday, the Chicago Department of Public Health (CDPH) wrote that the health impacts the plant would cause posed an “unacceptable risk” to the community. The department also noted that the plant’s owners, Reserve Management Group (RMG), had a history of ignoring environmental regulations. That decision was based on a Health Impact Assessment (HIA) that was suggested by Biden’s U.S. Environmental Protection Agency (EPA) administrator Michael Regan in May of last year, according to the Chicago Sun-Times. Regan also wrote a letter to Chicago Mayor Lori Lightfoot urging her to reconsider the project in light of the community’s historical pollution burden, the Chicago Tribune reported. He noted that there were 250 contaminated sites in three neighborhoods near the planned shredder.

“We are committed to protecting and enhancing the health, environment, and quality of life for all Chicagoans. In an already vulnerable community, the findings from the HIA [Health Impact Assessment] combined with the inherent risks of recycling operations and concerns about the company’s past and potential noncompliance are too significant to ignore,” CDPH Commissioner Allison Arwady, M.D., said in the announcement.

In response, RMG threatened to sue the city.

“Politics, not environmental or public health protection, is the only reason that the city denied Southside Recycling’s permit to operate,” the company said, as The Guardian reported.

However, local activists celebrated the decision.

“Our community is not a sacrifice zone,” a coalition of plant opponents said in a statement reported by the Natural Resources Defense Council. “This decision can be a turning point for communities of color that have been hurt by environmental racism for decades. Although we are celebrating this decision, the community continues to deal with the toxic legacy that has allowed pollution to accumulate in our community and we will not stop fighting for our right to clean air. We will continue to fight until Chicago communities like ours can live in a healthy environment.”

Regan also applauded the decision and upheld it as a model for future action.

“This is what environmental justice looks like,” he said, as the Chicago Tribune reported. “All levels of government working together to protect vulnerable communities from pollution in their backyards. As we did in Chicago, EPA stands ready to work hand-in-hand with local and state partners to fix environmental wrongs and achieve shared goals of protecting all people from pollution.”