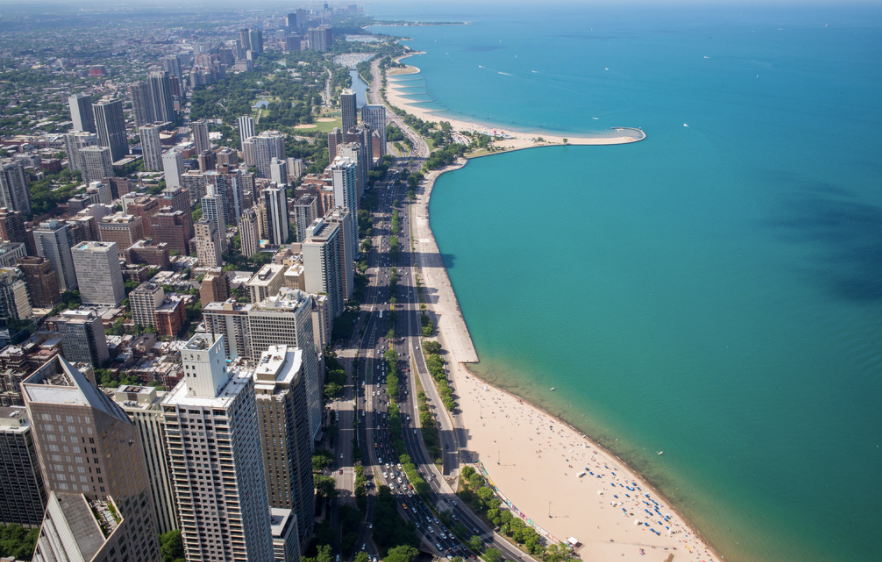 Chicago—a city well known for its windy and snowy winters—is experiencing some unusually warm weather. For the first time in 146 years, there was no documented snow on the ground in January and February, according to the local National Weather Service.

Chicago's about to do something its never done in 146 years of record keeping: go the entire months of Jan & Feb with no snow on the ground.

January and February are usually the coldest months of the year. As NBC News noted, the city usually averages more than 40 inches of snow per winter and prepares for months to handle with the onslaught of snow with its fleet of snow plows and salt trucks that service more than 280 snow routes.

But the last measurable day of snow was on Christmas Day when two inches covered the ground. In fact, from Feb. 17-22, Chicago set new winter records with six consecutive days of temperatures in the high 60s to 70 degrees Fahrenheit.

Flowers are even emerging in some areas, and that’s not a good thing. Early blossoms could wilt before they can be pollinated or could be vulnerable to frost if the temperatures should drop, which would be devastating for fruit growers.

While many Chicagoans were probably very happy to skip out on shoveling sidewalks for these past two months, some worry that the freak weather is related to climate change.

“This is occurring against a backdrop of a changing climate,” WGN-TV meteorologist Tom Skilling told the Chicago Tribune. “I think the door is open to additional unusual weather events as we go forward.”

Chicago is not alone in seeing bizarre winter weather. Meteorologists have seen dozens of heat records broken across the U.S. in February. In Oklahoma, temperatures hit a record 99 degrees Fahrenheit, more than 40 degrees above the average February high. Texas, Kansas and Colorado also recorded all-time highs.

Other climate scientists also say that warm temperatures and snow-droughts such as these could be due to natural weather variances that have nothing to do with climate change.

That said, the National Weather Service forecasts a slight chance of snow in Chicago this Thursday as severe thunderstorms are expected to move through Illinois this week.