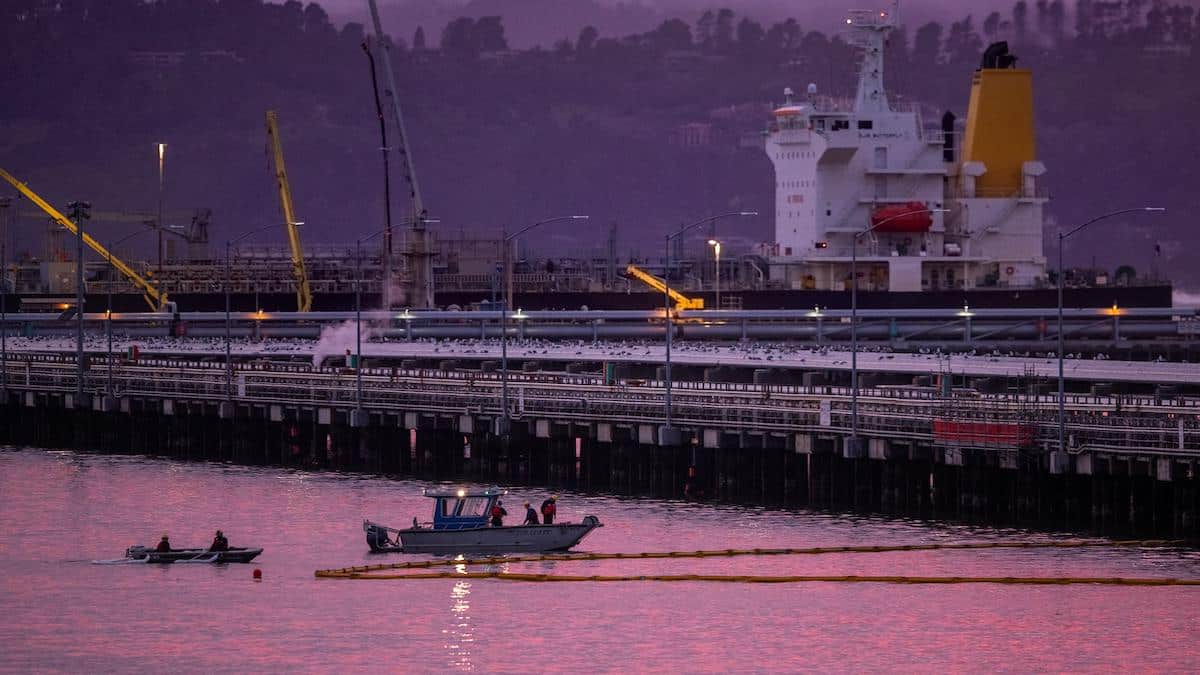 Chevron and fire-agency crews respond to a five-gallon-per-minute petroleum product leak in the waters of Point Richmond next to the Chevron Richmond Long Wharf in Richmond, California on Feb. 9, 2021. Ray Chavez / MediaNews Group / The Mercury News via Getty Images

The leak was not detected until an oil sheen on the water near the refinery was noticed around 3 p.m. Many local residents complained of the fumes from the spill, which eventually washed up on shore.

“It smelled like somebody spilled gasoline in front of my house. It smelled very very badly for [the] whole day,” Margaret Berczynski, told ABC7-KGO. “I’m really devastated. I cannot take my kids to the water… I’m really scared,” she added.

Officials warned the fumes could cause ear, nose, and throat irritation. Contra Costa County Supervisor John Gioia harshly criticized the refinery. “It is unacceptable to have this happen in our community,” he said. “It causes harm to people’s health. It causes harm to bird life, wildlife and marine life.” The cause of the spill is still unknown.

The investigation into the spill is a multi-agency effort involving Chevron, the U.S. Coast Guard, California Office of Spill Prevention and Response, California Department of Fish and Wildlife, and Contra Costa County, Chevron officials told The Chronicle. Other state and federal agencies “may elect to join the investigation,” said Tyler Kruzich, a Chevron spokesperson.

Kruzich told The Chronicle that Chevron officials are “developing an estimate of how much hydrocarbon was released, in addition to testing the hydrocarbon to determine its composition.”

County Supervisor John Gioia — who said on Facebook that there was a 5 gallon-per-minute leak of a petroleum product at the Chevron Richmond Long Wharf — said the leak started around 2:40 p.m. and continued until about 4:30 p.m.