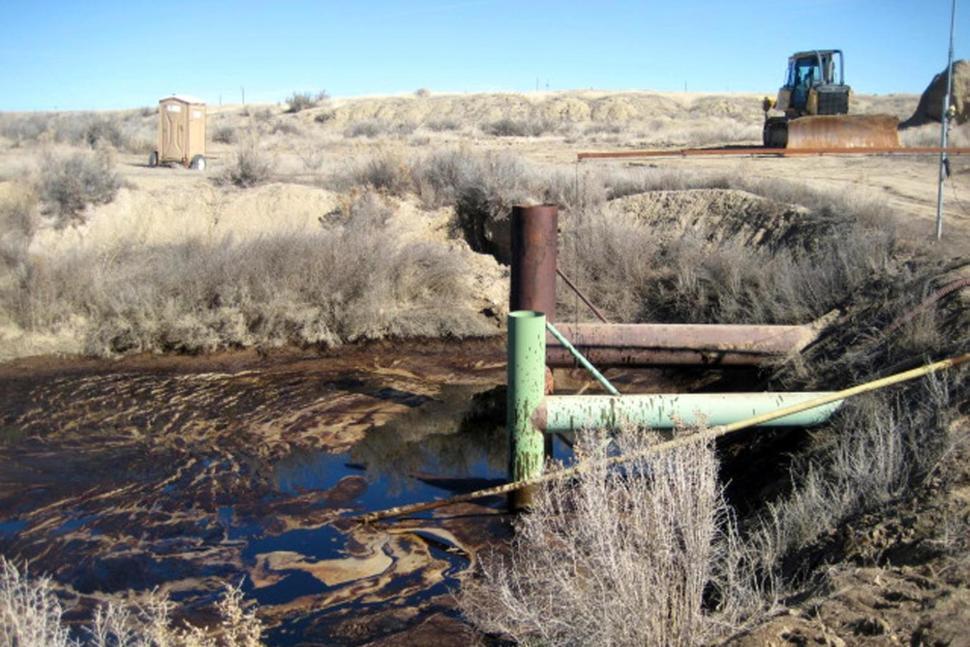 Cleanup efforts are underway after a failed Chevron Corporation pipeline released about 4,800 gallons of oil into an intermittent stream on public land in northwestern Colorado and killed some wildlife.

The breach happened on Bureau of Land Management (BLM) land and was first detected on March 5 by a Chevron consultant. The pipeline was shut down after discovery of the leak and the oil is now trapped in a berm and siphon dam in a dry ravine, according to the Associated Press.

As it happens, the leak occurred around the same time that the conservation group Center for Western Priorities found that Chevron was behind 31 reported spills in Colorado last year, ranking the energy corporation as the fourth highest oil and gas spiller in the state. 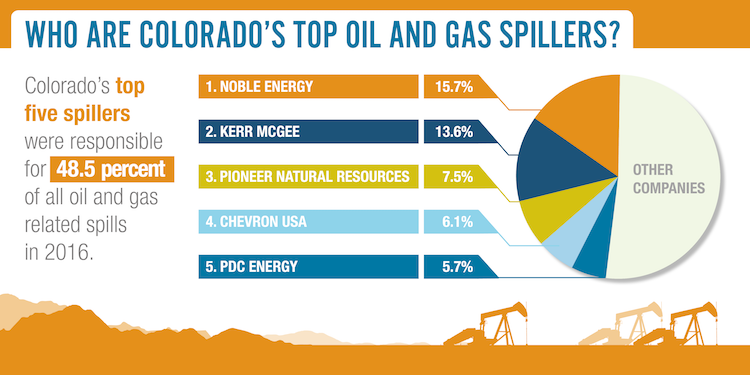 Chevron spokeswoman Erika Conner said that while there are no public health concerns after the March 5 incident, some animals have died. Two mallard ducks covered in oil were found at the spill site and were transferred to Colorado Parks and Wildlife on March 5 but died the day after. Two other small birds and several mice have also been found dead by cleanup crews.

“The U.S. Fish and Wildlife Service has been notified,” Conner told The Daily Sentinel. “We regret the impact the release has had on the affected animals and are working diligently to avoid any additional impacts to wildlife.”

Colorado Department of Natural Resources spokesman Todd Hartman told the AP that the failed section of pipeline is being analyzed to determine a cause.

In its recent report, the Center for Western Priorities calculated available data from the Colorado Oil and Gas Conservation Commission and determined there were 509 reported spills in 2016—that’s more than one a day in Colorado.

The number of spills in 2016 are less than the 615 reported spills and incidents in 2015, reflecting the decrease in drilling activity. However, the group expects spills to increase as the state ramps up oil and gas production.

“As drilling and production increase in Colorado—which is expected as the price of oil and gas may increase in the coming years—we also expect to see spills increase,” the report said. “Monitoring these incidents help to inform Coloradans about the impacts of oil and gas development within the state.”

In response to the report, Chevron said in a statement that it “aggressively manages the risk of spills through a rigorous ongoing asset integrity program wherever we operate.”

“For example, Chevron has undertaken a comprehensive, multi-year, multi-million-dollar project to streamline and upgrade facilities and systems at our largest Colorado asset in Rangely,” the company continued. “The program will continue through 2018. To date, approximately 11 miles of pipes have been removed from service.”