Pipeline Spills Over 1,600 Gallons of Oil Near Los Angeles Communities 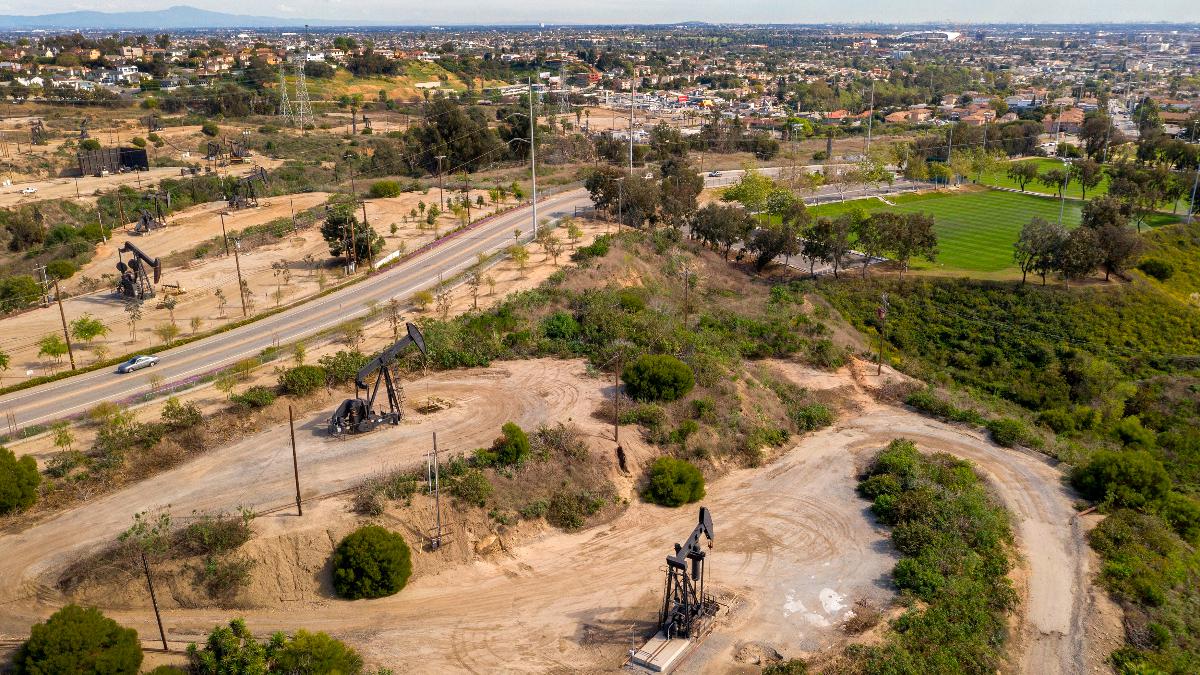 More than 1,600 gallons of oil have spilled in the Inglewood Oil Field — the largest urban oil field in the country, where more than a million people live within five miles of its boundaries, the Sierra Club wrote in a statement on Wednesday.

The spill was caused by a human error when a valve was left open, the Los Angeles Times reported. It was also not the field’s first spill. Past spills at the Inglewood Oil Field, located in Culver City and Los Angeles County, have occurred in 2019, 2018, 2010, 2006 and 2005, exposing residents in the area to toxins and carcinogens, the Sierra Club added.

After a history of community organizing, Tuesday’s spill arms activists with further momentum to fight against this major public health and environmental crisis in California’s largest county.

“Yesterday’s oil spill is a deadly reminder that the environmental racism that’s shaped and harmed Black, Indigenous, and people of color continues to put our health at risk,” Martha Dina Argüello, of the STAND-LA Coalition, an environmental justice coalition, and Physicians for Social Responsibility-Los Angeles, said in a Sierra Club statement.

Of the people living in the area, 52 percent are Black, which is a much higher percentage than the countywide eight percent, the Sierra Club reported. The oil field is also located alongside homes and schools, putting families at risk for health outcomes from air pollution like lung disease, leukemia, lymphoma, lung cancer and asthma. In Baldwin Hills, asthma related ER visits are 4.4 times higher than the Los Angeles County average.

“A pattern of oil spills and the daily and ‘authorized’ toxic emissions both demonstrate that oil extraction is [an] inherently dangerous practice that has no place in our region. We look forward to working with Los Angeles County to take immediate steps to phase out oil and gas production,” Argüello added, according to the Sierra Club.

Last fall, Culver City approved a resolution to take initial steps to phase out oil in the area, the NRDC wrote in a statement. Similar actions are also occurring citywide in Los Angeles.

In December, the Los Angeles City Council’s Energy, Climate Change, and Environmental Justice Committee voted unanimously to pass a motion to begin a citywide phase-out of oil drilling, the NRDC wrote in a statement. “We’re not over the finish line, but we’re closer than ever,” Argüello added, according to the Courthouse News Service.

Currently, there are 1,071 active oil wells in the city — 759 of which are located less than 1,500 feet from homes, schools, churches and hospitals, STAND-LA, which has been leading the fight against oil in the city of Los Angeles, wrote.

Although no injuries were reported at the Inglewood oil spill on Tuesday, environmental groups have expressed concerns about toxins released in the air from the spill that could harm nearby communities, the Los Angeles Times reported, adding to the often unknown and unreported health impacts of oil spills.

“What’s terrifying about health dangers like this is that the average person living nearby rarely has any way of knowing it even happened,” Ethan Senser, Southern California Organizer with Food & Water Watch told the Sierra Club. “This is an ongoing crisis we can’t keep sweeping under the rug – it’s time that the County commits to partnering with frontline communities and supporting the real solutions they are putting forward.”