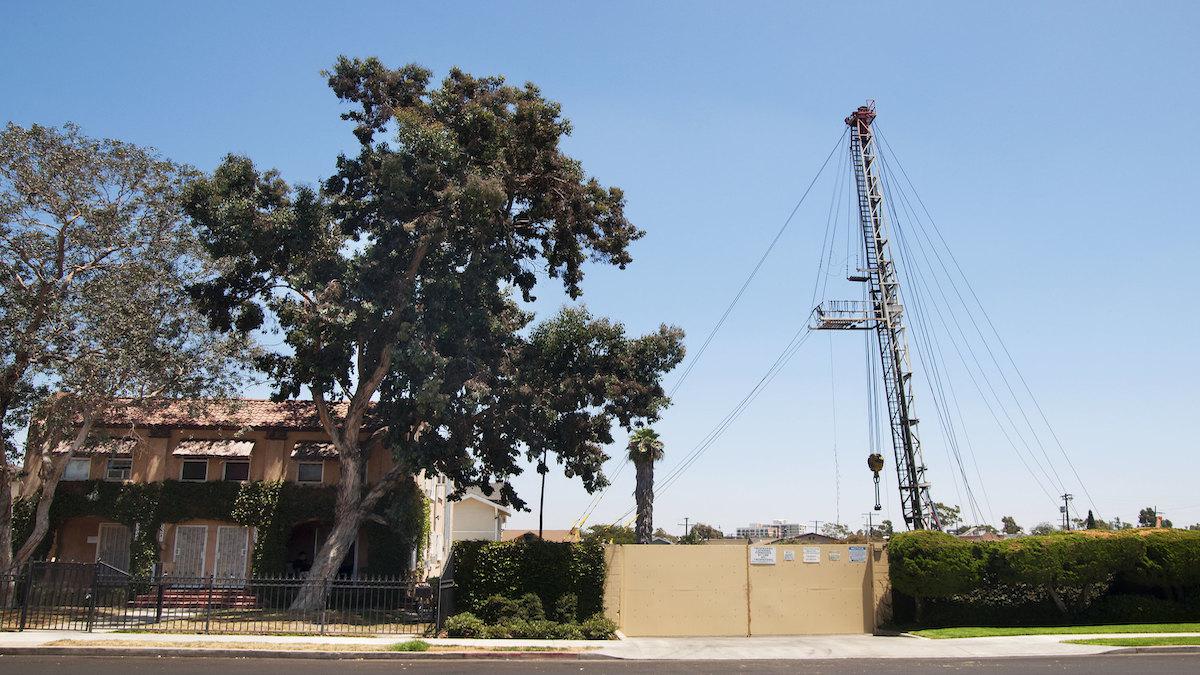 Los Angeles County supervisors on Wednesday voted to ban drilling in unincorporated areas and to phase out oil and gas drilling.

There are currently 1,046 active wells, 637 idle wells, and 2,731 abandoned wells in unincorporated areas of the nation’s most populous county. according to a memo to the board dated June 3, 2021. County Supervisor Janice Hahn praised the plan as “a framework for how we transition from dirty fossil fuels to clean energy and make sure we bring our labor partners with us.”

The Board also voted to create a program to ensure that wells are properly closed and cleaned up, and to expand the county’s task force focused on a just transition for fossil fuel workers and communities. 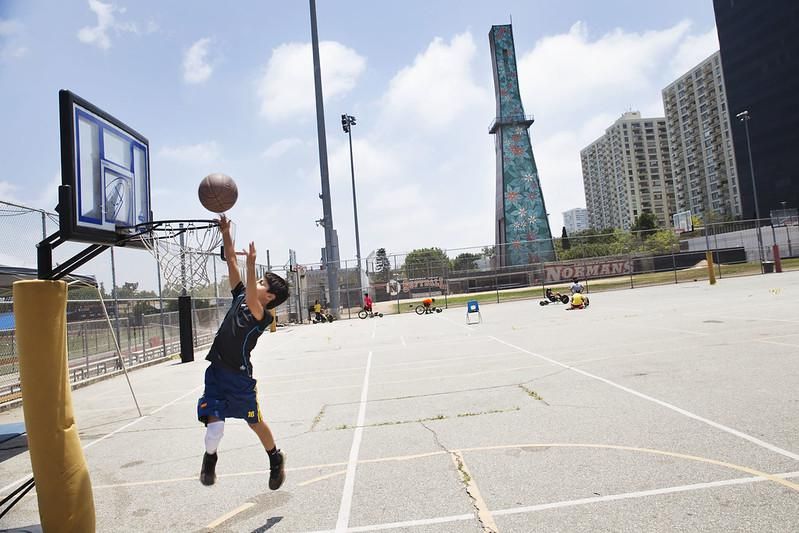 A boy plays basketball in front of an oil well that is covered with large colorful flowers and is located next to Beverly Hills High School. Wells like this are hidden throughout Los Angeles. Sarah Craig / Faces of Fracking

Among the sites is the Inglewood Oil Field, one of the largest U.S. urban oil fields. The sprawling, 1,000-acre (405-hectare) site, owned and operated by Sentinel Peak Resources, contains over half the oil and gas wells in the county’s unincorporated areas. The field produced 2.5 million to 3.1 million barrels of oil a year over the past decade, according to the company.

“The goal is to provide direction to county departments to begin addressing the variety of issues, environmental and climate impacts created by these active and inactive oil and gas wells,” said Supervisor Holly J. Mitchell, who represents the district where most of the Inglewood Oil Field is located.

Mitchell, along with Supervisor Sheila Kuehl, made the motion to phase out drilling in the county’s unincorporated areas.

Inglewood Oil Field is adjacent to several Black communities, including Baldwin Hills, Ladera Heights and View Park, where residents have worried about the field’s impact on their health and the local environment for at least a decade. Residents have complained of foul odors from the wells and say they have seen oil bubbling through sidewalk cracks in their neighborhoods.

“There are tens of thousands of people who live in very close proximity to oil wells, 73% of whom are people of color,” Mitchell said in an interview before the vote. “So, for me, it really is an equity issue.”