Chemical Spill in Virginia ​Kills Tens of Thousands of Fish 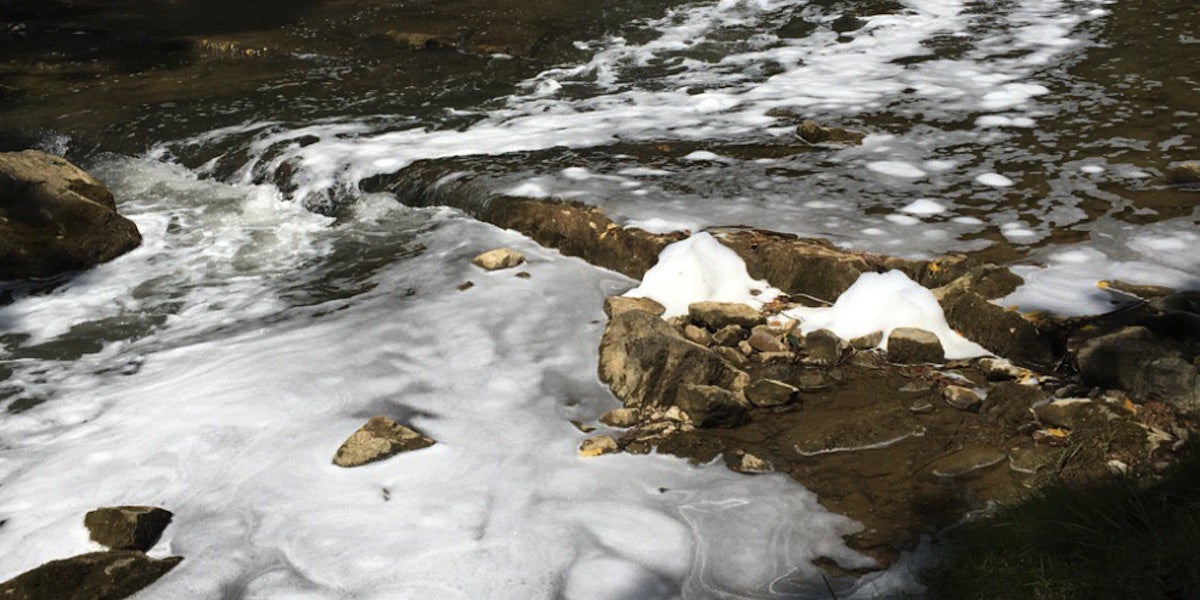 About 165 gallons of an agricultural-use chemical leaked into a Roanoke-area creek over the weekend, resulting in fish kill estimated in the tens of thousands, Virginia officials announced Monday.

The chemical was identified as Termix 5301, a type of surfactant (detergent-like substance) added to herbicide and pesticide products before application, according to the Virginia’s Department of Environmental Quality (DEQ).

The substance leaked from a punctured container on the property of Crop Production Services, a farm supply store in Cloverdale. The chemical was then washed into Tinker Creek by rainfall. Officials were notified of the spill on Saturday.

Before the DEQ identified the chemical as Termix, multiple area residents reported seeing bubbles, suds and hundreds of dead fish in the water.

DEQ said the fish that died includes all sizes and types of fish, including sunfish, rock bass and smallmouth bass, large suckers, and many smaller species such as minnows and darters.

“We are continuing to count the fish because that does figure into whether there’s a penalty against the company and we will be continuing to monitor the water quality,” DEQ spokesman Bill Hayden said.

Residents living up to 5 miles downstream from the spill have also reported seeing other types of dead wildlife.

“There’s no birds, there’s no insects, and I hope that doesn’t mean that something very, very serious has happened,” local homeowner Stephen Rossi told WSLS 10.

Rossi also suspects that about two-thirds of the bees in his beehive have died from the water contamination.

“They started to have a major die-off. There was probably thousands in a circle on the bottom, on the ground, unable to fly, paralyzed or whatever, and so what I did was I took and brought some fresh water up,” said Rossi.

Dr. Skip Brenzovich, an associate professor of chemistry at Roanoke College, explained to WSLS 10 about the potential environmental risks of the Termix 5301 leak.

“It is not an herbicide itself, which means we hopefully don’t have to worry about massive plant die-offs along Tinker Creek, which was my first concern when I heard of a herbicide spill. However, these things are more toxic to aquatic organisms than they are to terrestrial organisms such as humans,” Brenzovich said.

Crews are still working to assess the damage from the incident. DEQ said the chemical release has been contained, and there are no reports of public exposure. The department also noted that the creek will recover and that life will return, but it could take several years.

“It ultimately may take several years to return to normal, but the stream will recover and aquatic life will repopulate the affected areas,” the DEQ said.

Crop Production Services has hired a contractor to clean up the spill, officials said.