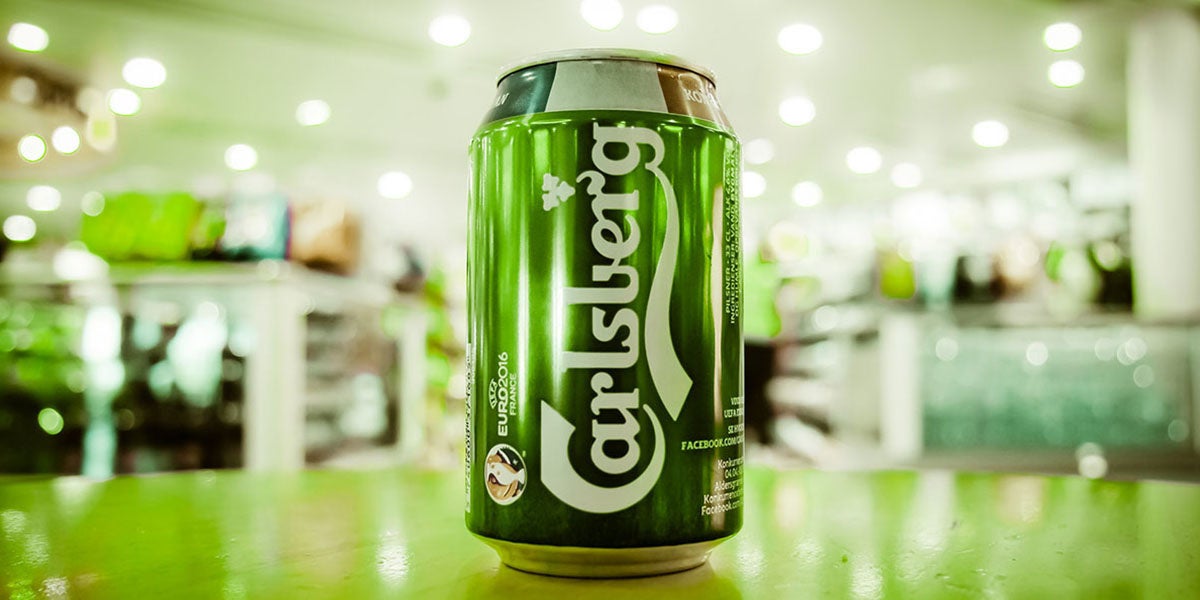 Danish beer company Carlsberg is set to be the first in the industry to phase out the plastic rings connecting its cans, The Guardian reported Thursday.

The company will replace the rings with a glue that withstands cold temperatures but can easily give when you are ready to break open a cold one. When you’re done, the glue can be recycled along with the can.

Carlsberg vice president of product development Myriam Shingleton told The Independent that the company had worked for three years on developing an alternative to the plastic rings that environmentalists have warned about since the 1970s.

“Environment and sustainability have always been very important to us,” Shingleton said.

The ring-less cans will be available in the UK’s Tesco supermarkets by Sept. 10 and then will spread to Norway.

Environmentalists have long warned that the rings from six packs could strangle marine life and urged consumers to cut them open before throwing them away, The Independent reported.

But the ring phaseout will also tackle the broader problem of ocean plastic pollution by removing 1200 UK tons (approximately 1344 U.S. tons) of plastic from the ocean each year, according to Carlsberg’s estimates. That’s 60 million plastic bags‘ worth of plastic.

“This is an interesting development and will help cut down the amount of plastic on our beaches and in our seas. These kinds of can yokes are regularly found in small numbers on our beach cleans,” Marine Conservation Society senior pollution policy officer Dr. Sue Kinsey told The Guardian.

She said the last Great British Beach Clean found 100 in one weekend.

Carlsberg isn’t the only company to try to find an eco-friendly solution to the plastic ring problem.

Florida’s Saltwater Brewery developed a compostable ring alternative that would biodegrade if it ended up in the oceans, CBS reported in May.

Saltwater Brewery is the first to use the new rings, and offers them with the Screamin’ Reels IPA at the Tasting Room and South Florida outlets Publix, Total Wine & More, Whole Foods Market, Lucky’s Market and ABC Fine Wine & Spirits.

“More than 50 percent of beer consumed in the U.S. is sold in cans,” We Believers co-founder Marco Vega told CBS, “a trend that is only expected to grow in the near future. Most of the material used to hold these cans is still plastic.”

E6PR hopes to change that, though, and scale up its biodegradable alternative to soda and other six-pack cans, eventually replacing the plastic version, Fast Company reported.