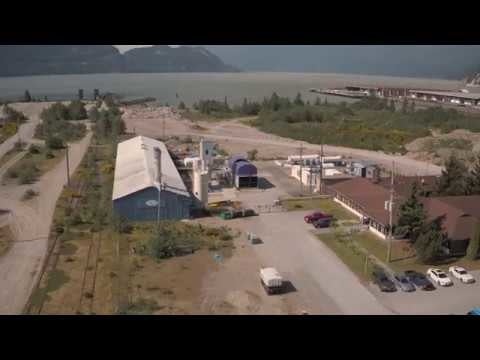 Scientists at the Canadian company Carbon Engineering have moved carbon-capture technology one step closer from pipe dream to viable solution.

The company has developed technology at its plant in British Columbia that can both remove carbon dioxide from the atmosphere and convert it into carbon-neutral fuels, suggesting such technology could be a meaningful part of the fight against climate change.

“If these costs are real, it is an important result,” senior Carnegie Institution for Science scientist Ken Caldeira, who was not involved in the research, told The Atlantic. “This opens up the possibility that we could stabilize the climate for affordable amounts of money without changing the entire energy system or changing everyone’s behavior.”

The paper claims to be the first to provide a cost estimate for a carbon-capture system that is both based on technology commonly used in commercial engineering and described in enough detail that readers can adequately assess the results for themselves.

“After 100 person-years of practical engineering and cost analysis, we can confidently say that while air capture is not some magical cheap solution, it is a viable and buildable technology for producing carbon-neutral fuels in the immediate future and for removing carbon in the long run,” study lead author, Harvard University applied physics professor and Carbon Engineering founder David Keith said in a Cell Press release published in ScienceDaily.

The technology works by sucking air into cooling tower-like structures with fans. The acidic carbon dioxide is attracted to an alkaline liquid within the towers that is then taken into the factory where acid and base are separated. The carbon-dioxide containing liquid is frozen and then reheated into a slurry that is combined with hydrogen to make liquid fuels like gasoline and jet fuel.

Keith told The Atlantic that the immediate commercial application of the technology would be to create new fuels that would recycle existing carbon dioxide instead of adding new emissions into the atmosphere. Storing the carbon is also possible, but there isn’t yet any market for this service.

Instead, the technology could help the transportation sector, responsible for around 20 percent of carbon dioxide emissions, transfer over to renewable energy and fuel.

“Electricity from solar and wind is intermittent; we can take this energy straight from big solar or wind installations at great sites where it’s cheap and apply it to reclaim and recycle carbon dioxide into new fuel,” Keith told Cell Press. “Making fuels that are easy to store and transport eases the challenge of integrating renewables into the energy system,” he said.

Keith was quick to point out that he didn’t see his technology as an excuse to stop trying to reduce emissions the conventional way, but rather as a means of supporting and supplementing this process.

“My view is we should stick to trying to cut emissions first. As a voter, my view is it’s cheaper not to emit a ton of [carbon dioxide] than it is to emit it and recapture it,” he told The Atlantic.