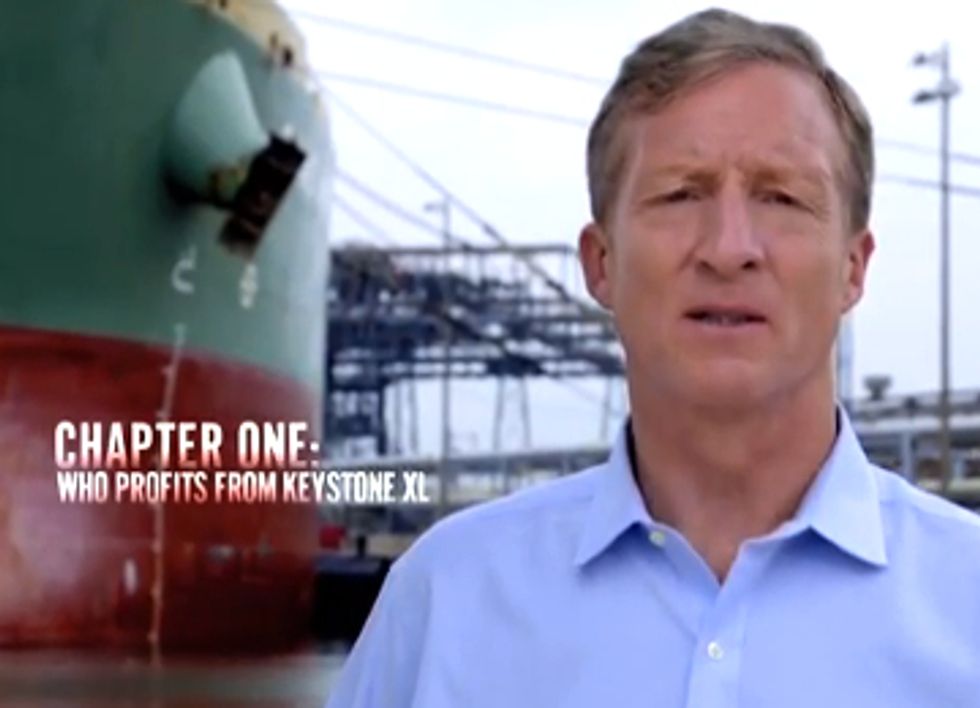 The relentless Canadian lobbying for the Keystone XL pipeline continues today when the Canadian Natural Resources Minister Joe Oliver heads to Washington to push for the pipeline.

During the trip, he will meet U.S. Energy Secretary Ernest Moniz for their first face-to-face get together. Oliver is expected to tell Moniz that somehow approving Keystone XL will enhance environmental stewardship.

Oliver’s visit comes soon after Canadian Prime Minister Stephen Harper sent a letter to President Barack Obama, promising to work with America to reduce carbon emissions in the oil industry. This letter was covered by David in a blog last week.

But the Canadians are not having it all their own way. The leading anti-Keystone critic, billionaire and former hedge-fund manager, Tom Steyer has launched a $1-million anti-Keystone XL advertising campaign across the U.S., "Bringing Down TransCanada’s House of Cards: The Keystone Chronicles."

The first adverts ran yesterday timed to coincide with the morning’s chat shows. In the past, Steyer has called Keystone XL the “defining issue” in the climate change fight of our times.

The adverts reiterated a point repeatedly made by Oil Change International that Keystone XL is essentially an export pipeline and the crude will be sold to countries like China. The first advert, featured Steyer being interviewed in Texas, saying much of the oil would be exported.

“Foreign countries will get more access to more oil to make more products to sell back to us, undercutting our economy,” Steyer said: “Here’s the truth: Keystone oil will travel through America not to America.” The adverts claim Keystone XL is a “bad deal for America.”

The advertisements come as the New Yorker runs a long detailed article on the Keystone XL and Steyer’s increasingly influential part in the debate, including detailing how the billionaire has been directly and indirectly lobbying Obama for months.

Keystone XL “would completely change the rate at which the oil comes out of the ground,” Steyer says. “It would enable a much faster development [of the tar sands], three times as fast. This is the size of Florida ... This is going to go on for decades. It’s not like we’re enabling a Shell station to be open after midnight.”

“In every generation, there’s an overwhelming issue that people may not recognize at the time, but that becomes the issue that is the measure of what you did,” Steyer tells the magazine.