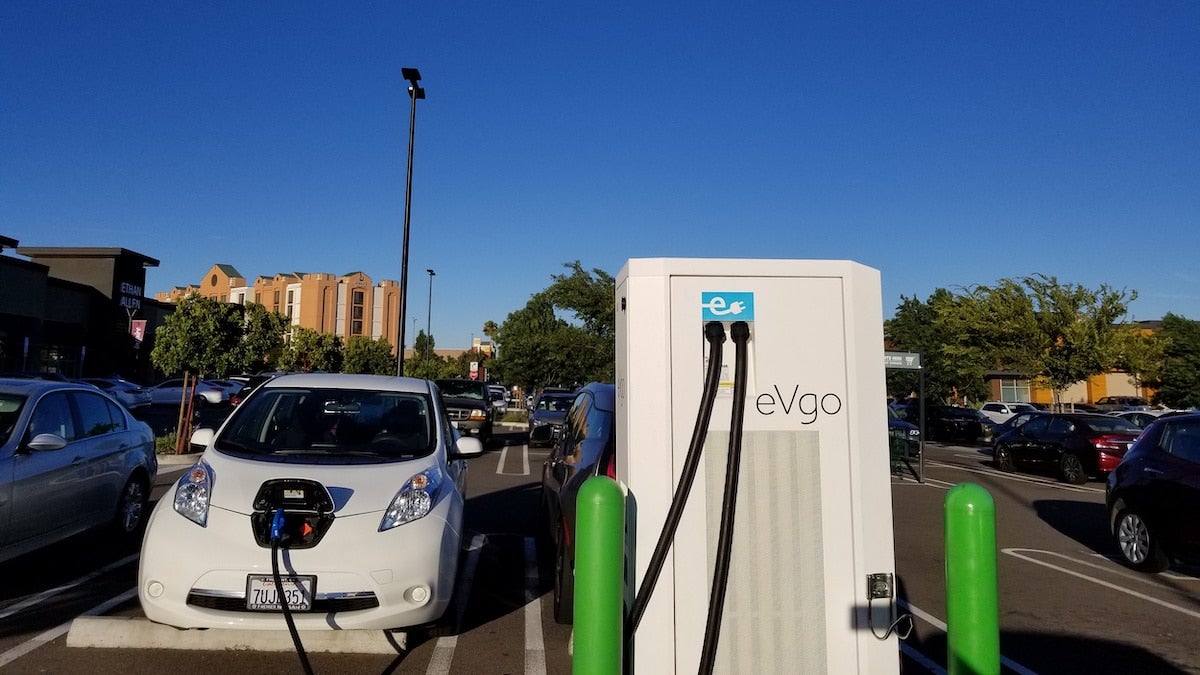 An electric car at an eVgo charging station in a parking lot in Dublin, California on June 20, 2018. Smith Collection / Gado / Getty Images

“This is the most impactful step our state can take to fight climate change,” said Newsom in a statement that accompanied the signing of the executive order. “For too many decades, we have allowed cars to pollute the air that our children and families breathe. Californians shouldn’t have to worry if our cars are giving our kids asthma. Our cars shouldn’t make wildfires worse – and create more days filled with smoky air. Cars shouldn’t melt glaciers or raise sea levels threatening our cherished beaches and coastlines.”

The threats posed by the climate crisis are playing out in dramatic fashion in California. This summer, the state has seen record-setting wildfires, heat waves and drought. Those mounting climate crisis-related challenges have spurred the move away from the state’s leading source of greenhouse gas emissions, as The Washington Post reported.

Newsom added that the order will create “green collar jobs” that Californians are well-positioned to capitalize on since 34 electric car manufacturers are already in the state.

“Our second largest export in the state of California are electric vehicles,” he said, according to The Guardian. “Those 34 manufacturers, those public trading manufacturers, represent close to half a trillion dollars of market capitalization, some 0bn … this is an economic opportunity.”

For the order to be successful, the technology, scalability, and affordability of electric cars would have to improve dramatically in the next decade. Also, the state will need to make sure charging stations are readily available. California currently has the largest market for electric and hybrid vehicles, with roughly 257,000 new registrations for electric vehicles in 2018, according to The Washington Post. Yet, that number was not even 10 percent of the state’s new car market.

While the order is sure to meet legal challenges, it may set the trend that carmakers need to increase their investment in fossil-fuel-free vehicles.

“The automotive industry was already on the road toward electrification as a long term goal, but many automakers have been guilty of setting short term targets for their electrification strategy that never came to fruition,” said Jessica Caldwell, director of insights at Edmunds, an online resource for car data, in an emailed comment to CNN. “This rule, if implemented, establishes a specific timeline that they’ll collectively need to adhere to. California is a major market that automakers desperately need to maintain sales within to ensure their own viability.”

The announcement also earned the praise of environmental groups.

“The Governor’s Executive Order is a meaningful step in addressing the climate crisis and protecting the health of Californians,” said Coalition for Clean Air in an email to NPR. “Electrifying transportation will also create jobs and help California move forward in its economic recovery.”