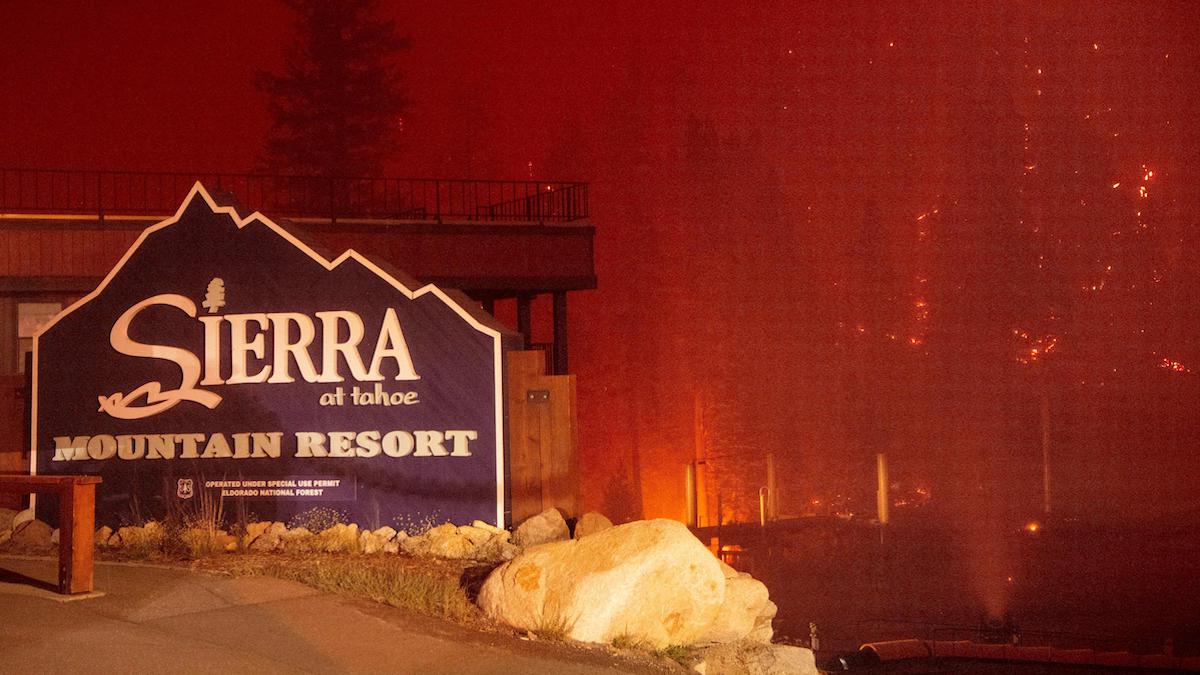 The Caldor Fire breached Echo Summit on Monday, crossing the Sierra Nevada and posing a direct threat to the population centers around Lake Tahoe, forcing more than 50,000 people to evacuate.

A wildfire has crossed over the Sierra Nevada just once before in recorded history: less than two weeks ago the Dixie Fire crossed the mountain range farther north. “We haven’t had fires burn from one side of the Sierra to the other,” Thom Porter, head of Cal Fire, told reporters Monday. “We did with Dixie, and now we do with the Caldor — we need to be cognizant that there is fire activity happening (here) that we have never seen before.”

Even at high elevation, high heat, strong winds, and dry foliage fuel the fire, which now threatens to incinerate 20,000 buildings and wipe out South Lake Tahoe. If the embers blown by high winds ignite in the valley, it could cause a catastrophic “urban conflagration,” UC Merced fire scientist Crystal Kolden told the LA Times. “It’s so dry that it is perfect kindling,” she said. In an area full of old, wooden homes, “You’ve got this potential for it to really start jumping from building to building to building, and it’s just a completely different beast and they can’t fight it.”

Mass evacuations clogged the roads not already closed by the flames.

Wildfires like the Caldor Fire — which had burned 186,568 acres as of Monday evening and was just 15% contained — are supercharged by heat, and drought made worse by climate change caused by the extraction and combustion of fossil fuels. Other climate impacts also make it harder to fight wildfires. A helicopter crew from the Louisiana National Guard that had been set to help firefighters battling the Caldor Fire was recalled to respond to Hurricane Ida.