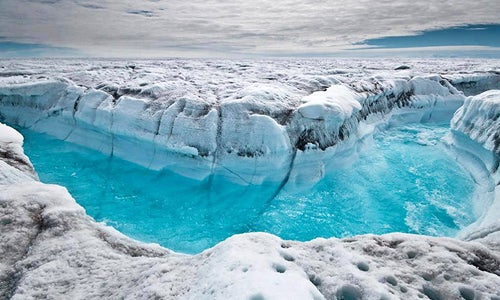 Burning all the fossil fuels we know to exist on Earth could push global temperature an average of 8 C above preindustrial levels, according to new research. The Arctic would bear the brunt of the warming, with temperatures potentially rising 17 C, said the authors. 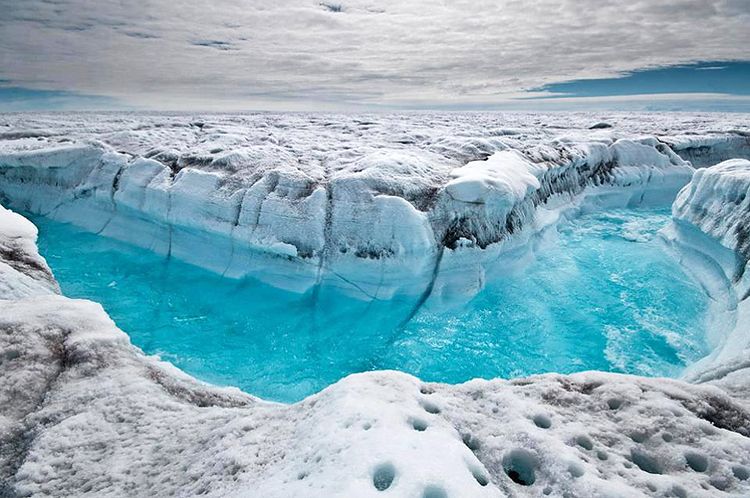 The Arctic would bear the brunt of the warming, with temperatures potentially rising 17 C.

The new paper, published Monday in Nature Climate Change, looks at would happen over the next 300 years or so if the world continues to burn coal, oil and gas with no efforts to limit emissions.

Dr. Malte Meinshausen from the Potsdam Institute for Climate Impact Research, who was not involved in the research, told Carbon Brief:

“The study is yet another reminder about the profoundly different planet we would create by burning all fossil fuels … It is hard to imagine a single ecosystem that would remain untouched.”

The paper is in stark contrast to the tone of conversation in Bonn, where climate talks are taking place on how to meet the Paris agreement‘s goal of keeping warming “well below” 2 C or even 1.5 C.

The starting point for the new study is a world in which there are no efforts to curb emissions. Under this scenario, CO2 stabilizes at roughly 2,000 parts per million (ppm) in 2300.

For context, this is more than five times higher than today’s level (~399ppm) and seven times what it was before humans started industrializing (~280ppm).

Another way to express this is the total amount of carbon released since the beginning of the industrial period, known as cumulative emissions. For this scenario of unmitigated fossil fuel burning, a total of 5 trillion tons would have found its way to the atmosphere by 2300 in the form of carbon dioxide, the paper explains.

This scenario effectively assumes the Paris agreement—adopted last December—fails to gain any traction. Kasia Tokarska, a PhD student at the University of Victoria in Canada and lead author on the paper, told Carbon Brief:

“It is relevant to know what would happen if we do not take actions to mitigate climate change—for example, if we do not ever implement the Paris agreement … From a scientific perspective, it is interesting to study how the climate system would respond under such high forcing levels.”

Five trillion tons of carbon would raise global temperatures by 6.4-9.5 C, relative to preindustrial times, according to the study. The Arctic, which is already warming faster than the rest of the world, would see temperatures rise at least 14.7, even as high as 19.5 C.

As well as a double figure temperature rise, burning all the world’s fossil fuels would result in a factor of four increase in rainfall in the tropical Pacific, said the authors.

As the map below from the paper shows, rainfall would decrease in other places, including Australia, the Mediterranean, southern Africa, the Amazon, central America and North Africa. 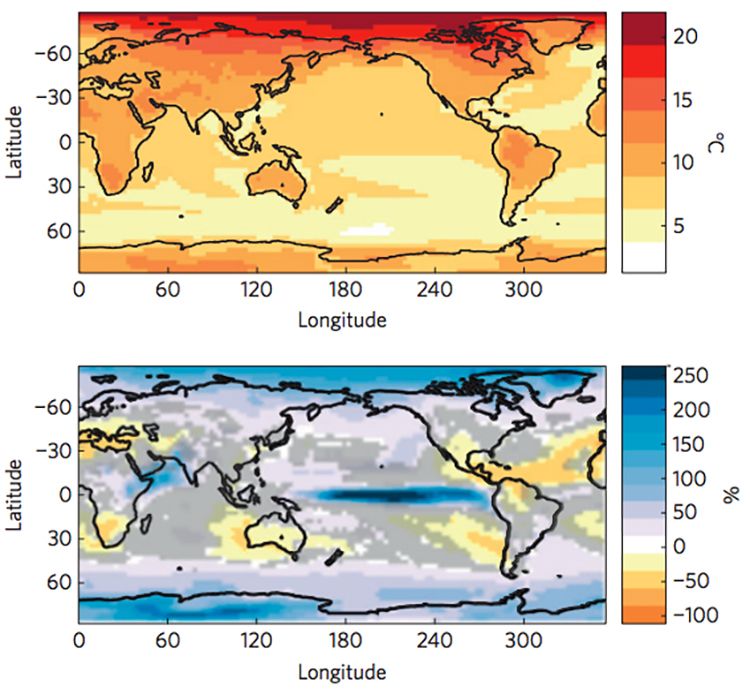 The consequences of such changes would be huge for polar and tropical rainforest ecosystems, as well as for mountain species, the Tundra and coral reefs, said Prof. Camille Parmesan, an expert in marine life at Plymouth University. She told Carbon Brief:

“The temperature and precipitation changes [the authors] project … are way out of bounds for several ecosystems. This is no big surprise, since even what is viewed as ‘moderate’ warming will cause loss of Arctic sea ice and hence the entire ecosystem adapted to sea ice.”

Since model projections already show the loss of whole ecosystems with 4 C or 6 C, it follows that a 8-10 C rise could trigger the loss of more common ecosystems as well. Parmesan said:

“Grasses didn’t evolve until CO2 was low enough that grasses could out-compete trees. At least one research group has predicted loss of grasslands at very high CO2 … [Overall, it is] likely these types of extreme climate changes would lead to a 6th mass extinction event.”

The temperatures that Monday’s study talks about are higher than scientists have predicted in the past for unmitigated fossil fuel burning.

For example, a 2009 study led by Prof. Myles Allen, professor of geosystem science at the University of Oxford, projects a 4-5 C relative to preindustrial for ~5tn tons of carbon.

“These models have a much more complex representation of the climate system and include dynamic carbon cycle feedbacks and dynamic atmosphere, for example, which may be not represented well in the simpler models.”

What difference does the extra model complexity make?

Until now, simple models have suggested that global temperature rises approximately in proportion with cumulative carbon emissions up to about 2tn tons but that after that point, warming slows down.

Monday’s study suggests that is not the case. The ESMs find the relationship holds up to the full 5tn tons, leading to the paper’s conclusion that:

Whether or not the linear relationship holds for higher emissions may well be interesting from a scientific perspective. But if CO2 was ever to reach this high, it would be a bit of a moot point, Allen told Carbon Brief:

“I very much hope we don’t find out if it is linear out to 5 trillion tons in the real world, because frankly, we’ll be worried about a lot more than the linearity of the temperature/cumulative-carbon relationship if we do.”

“Whether the increase in temperatures flattens off or—as this study shows—is likely to continue linearly with cumulative emissions, is secondary, as it is hopefully a world that we will never see.”