Rescued Orangutans Are Returned to Indonesia Wild Amid COVID-19 Risk 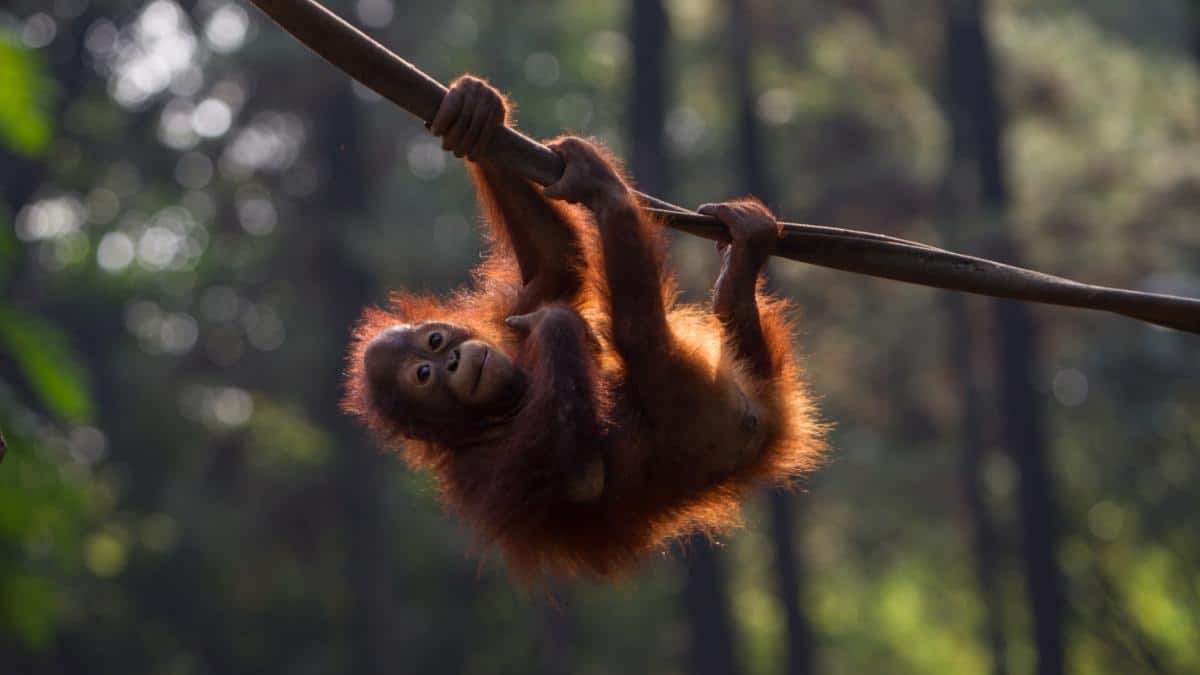 With lockdowns in place and budgets slashed due to the COVID-19 pandemic, many environmental protections vanished this past year, leaving some of the world’s most vulnerable species and habitats at risk. But conservationists at the Borneo Orangutan Survival Foundation were faced with an entirely different threat.

Their beloved orangutans share a strikingly similar DNA to humans, making them susceptible to respiratory illnesses such as COVID-19, Reuters reported. So when it came time to reintroduce a group of rescued orangutans back into the wild, conservationists had to rethink their usual transportation methods to prevent potentially spreading the virus.

The solution? Reintroduce the critically endangered species via helicopter.

Last week, ten orangutans returned to the wild by taking a flight to the Indonesian portion of Borneo Island, Reuters reported.

“For an entire year, we have not been able to release orangutans due to the global pandemic, but we are still strongly committed to the orangutan conservation effort,” Jamartin Sihite, CEO of the Borneo Orangutan Survival Foundation, said in a statement.

Prior to their release, the orangutans were held in rehabilitation centers, according to Reuters. They included five males, a mother and two babies and two other females.

“Using a helicopter is the best way to transport orangutans during the pandemic,” Denny Kurniawan, BOSF program manager, told Reuters. Normally it would take three days to drive the orangutans to their drop-off area, adding to the risk of further exposure between humans and orangutans, Reuters noted. However, air travel reduced travel time and kept veterinarians and orangutans at a safer distance.

Orangutans are critically endangered, according to the World Wildlife Fund, with about 104,700 Bornean orangutans remaining. While the decline in populations is partially due to the expansion of palm oil and other agricultural plantations, causing habitat loss, orangutans also fall prey to illegal hunting and trading. The latter has been on the rise since the pandemic started.

“These animals are not just protected by rangers, they’re also protected by tourist presence,” Tim Davenport, who directs Africa’s species conservation programs at the Wildlife Conservation Society, told The New York Times. Since the March lockdown, South Africa had experienced a rapid increase in rhino poachings. Now poachers are taking advantage of unpatrolled lands, illustrating “the risks of relying too heavily on tourism to support conservation,” Davenport added.

While the pandemic highlights the unique threat that economic struggle poses to endangered species, it also emphasizes the necessary role conservationists play in protecting them.

“We cannot afford to stop our work under any circumstance,” Sunandar Trigunajasa, head of the East Kalimantan Natural Resources Conservation Agency, which helped with the orangutan release, said in a statement. “What we must do is keep on innovating and adapting to the dynamic conditions and moving forward.”