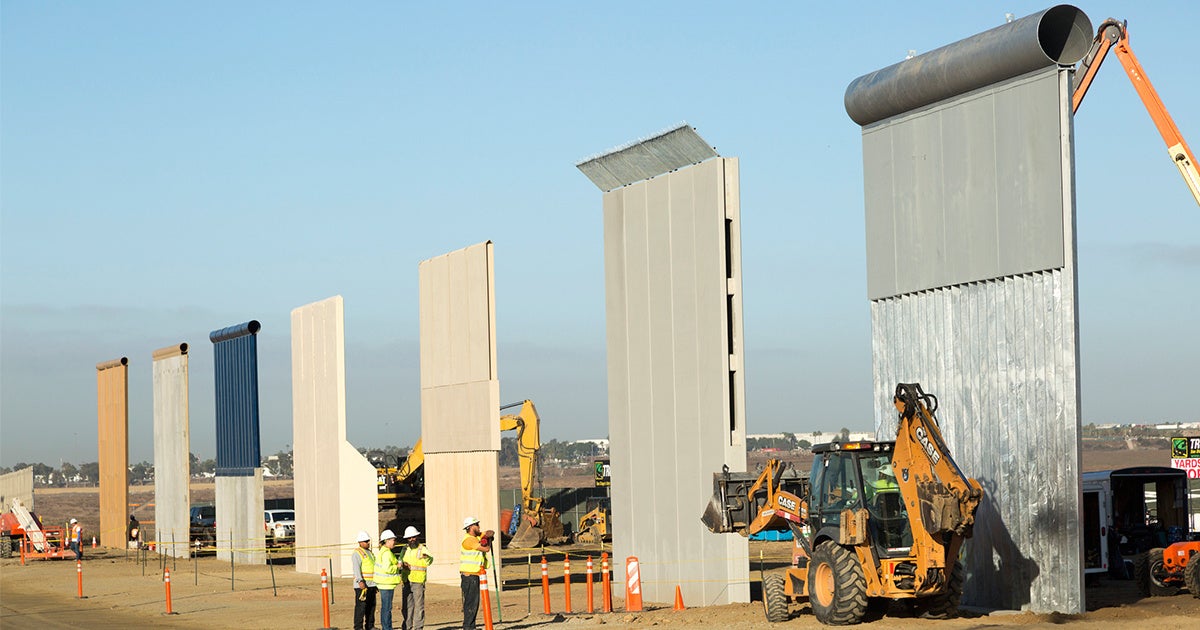 A federal judge in San Diego ruled Tuesday that the
Trump administration can waive a slew of environmental laws and other regulations to build the president’s highly vaunted U.S.-Mexico border wall in California.

Federal laws waived by the Department of Homeland Security for construction of a border wall include the Endangered Species Act, the Clean Air Act, the Migratory Bird Treaty Act, the Antiquities Act and many more.

“Both Congress and the Executive share responsibilities in protecting the country from terrorists and contraband illegally entering at the borders. Border barriers, roads, and detection equipment help provide a measure of deterrence against illegal entries,” Curiel wrote.

The decision from Curiel—the Indiana-born judge that Trump attacked for his Mexican heritage during the presidential campaign—is significant because it could allow the government to proceed with building the controversial wall in other border states.

He noted that the politicized nature of the border wall did not factor into his decision.

“The court is aware that the subject of these lawsuits, border barriers, is currently the subject of heated political debate in and between the United States and the Republic of Mexico as to the need, efficacy and the source of funding for such barriers,” Curiel wrote. “In its review of this case, the Court cannot and does not consider whether underlying decisions to construct the border barriers are politically wise or prudent.”

The Center for Biological Diversity, one of the litigants, said it would appeal.

“We intend to appeal this disappointing ruling, which would allow Trump to shrug off crucial environmental laws that protect people and wildlife,” said Brian Segee, a senior attorney at the organization. “The Trump administration has completely overreached its authority in its rush to build this destructive, senseless wall.”

The Center for Biological Diversity
filed a lawsuit last year challenging the Trump administration’s use of an expired waiver to build replacement walls south of San Diego. The complaint called the move an unconstitutional delegation of power to the Department of Homeland Security.

A
study from the group found that Trump’s border wall threatens 93 endangered and threatened species, including jaguars, ocelots, Mexican gray wolves and cactus ferruginous pygmy owls. The study found that 25 threatened or endangered species have designated “critical habitat” on the border, including more than 2 million acres within 50 miles of the border.

The Center for Biological Diversity also
argues: “Beyond jeopardizing wildlife, endangered species and public lands, the U.S.-Mexico border wall is part of a larger strategy of ongoing border militarization that damages human rights, civil liberties, native lands, local businesses and international relations. The border wall impedes the natural migrations of people and wildlife that are essential to healthy diversity.”

California Attorney General Xavier Becerra said in a statement that his office “will evaluate all of our options and are prepared to do what is necessary to protect our people, our values, and our economy from federal overreach. A medieval wall along the U.S.-Mexico border simply does not belong in the 21st century.”

President Trump celebrated the ruling as a “big legal win.”

“U.S. judge sided with the Trump Administration and rejected the attempt to stop the government from building a great Border Wall on the Southern Border,” he tweeted Tuesday. “Now this important project can go forward!”

Congress, however, has yet to authorize or provide funding for the project. The Senate rejected Trump’s $18 billion request to build the wall. The president continues to insist that Mexico will somehow pay for it.

“I have decided that sections of the Wall that California wants built NOW will not be built until the whole Wall is approved,” Trump also tweeted early Wednesday, perhaps referring to a new wall project in Calexico.

“Border security is paramount to stemming the flow of illegal immigration that contributes to rising violent crime and to the drug crisis, and undermines national security,” said spokesman Devin O’Malley. “We are pleased DHS can continue this important work vital to our nation’s interests.”