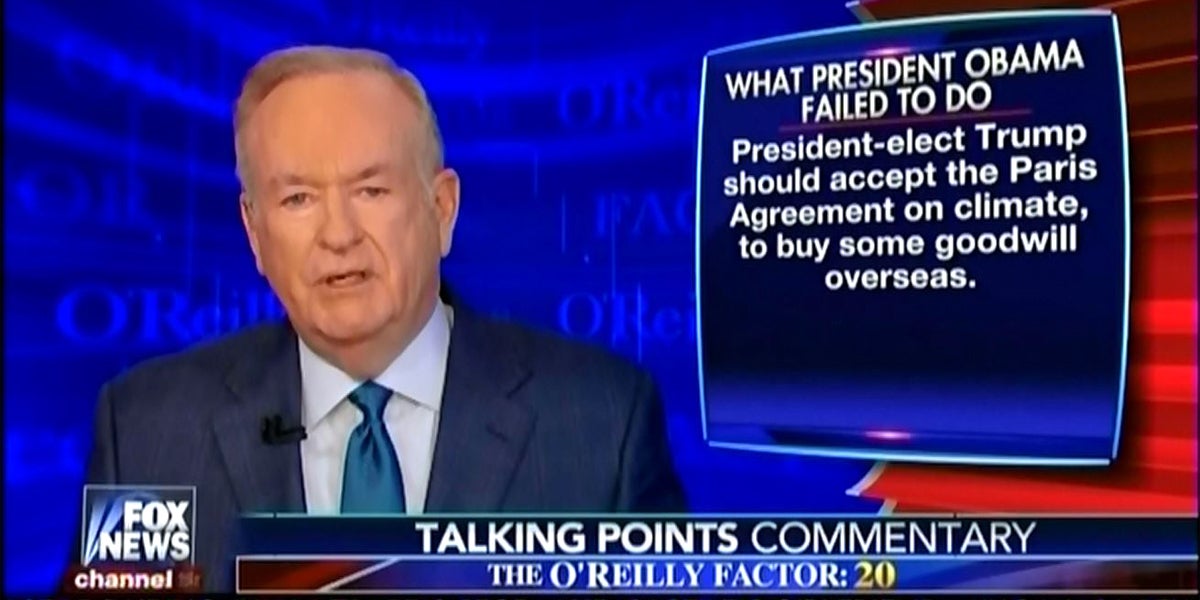 On the Nov. 16 edition of Fox News’ The O’Reilly Factor, host Bill O’Reilly said that President-elect Donald Trump “should accept the Paris treaty on climate to buy some goodwill overseas.”

O’Reilly partially based this conclusion on the premise that the Paris agreement “doesn’t really amount to much,” but that view is contradicted by 376 members of the National Academy of Sciences, including 30 Nobel laureates, who say that the Paris agreement is a “vital first step” and that the U.S. withdrawing from it “would make it far more difficult to develop effective global strategies for mitigating and adapting to climate change.”