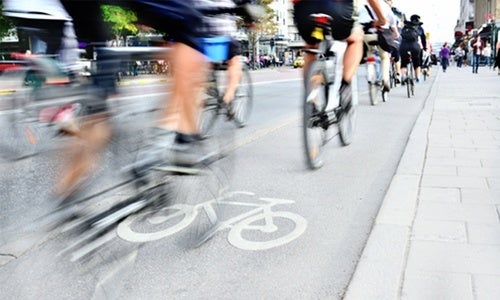 For those of you who constantly battle with bumper-to-bumper commutes, have you ever wondered if it would be better to ditch your car and walk to your destination instead? 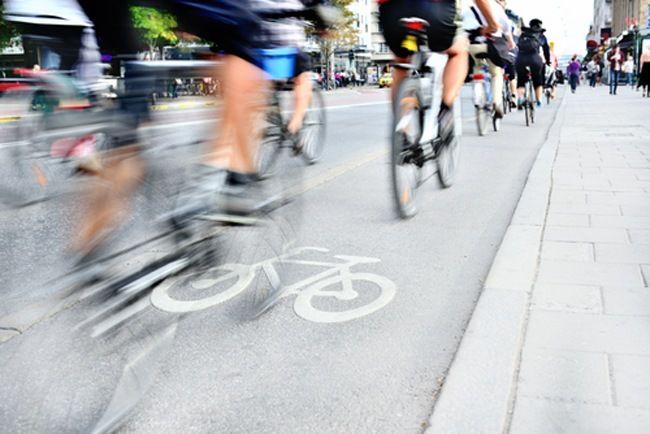 In the past two years, traffic congestion has increased in every U.S. city. Is it time to join the many people in cities around the U.S. opting to commute by bike?

The answer, according to a fascinating article from Scientific American′s Tali Trigg, is probably not if you move at the average walking speed of 3.1 mph. The energy and transport analyst based his article on INRIX’s data on the speeds of the worst traffic corridors during peak hours in the U.S.:

The conclusion is that vehicular traffic—even in the country’s most congested areas—moves at least twice as fast as walking. One city where walking might be the better option is in New Delhi, India where the average driving speed crawls at a mere 3.1 mph, Trigg pointed out.

That said, instead of walking, you might want to consider a different active, zero-emission mode of transportation: biking. As Trigg noted, the average speed for bicycling in Copenhagen—a city with heavy bike traffic—is 9.6 mph. In places with less bike traffic, the average speed is between 11 and 12 mph. At both those rates, biking is definitely faster than driving in certain city corridors.

According to the same data from INRIX, these other U.S. cities listed below also have incredibly slow-moving corridors at peak rush hours, meaning a fast-moving bike could go faster than traffic in these areas:

It’s important to note that the corridors listed are mostly freeways and major roads where foot-traffic or biking isn’t even an option. However, it begs the question: If a city has the funding and the resources, why can’t it build a designated bike or walking path to relieve congestion? Imagine all the hours of frustration and the amount of pollution cities could eliminate if more people could bike instead of drive.

Of course, with so many cars and emissions to contend with, it might not even be safe for walking and cycling. But here’s a good example in Miami, Florida. In an experiment, city planners decided to carve out bike lanes on three 55-mile-an-hour bridges, where people had already been biking through illegally. The results of the two-year pilot program were impressive. After setting up the bike lanes, biking increased by 40 percent on one bridge (the William Lehman Causeway) from when people crossed it illegally, while another bridge (the Julia Tuttle Causeway) saw an impressive 167 percent jump in weekday bike trips and a 68 percent jump on weekends.

With so many advancements in motor technology, it’s actually quite interesting that we haven’t figured out how to beat traffic. In fact, TIME reported that every U.S. city has seen an increase in vehicular congestion in the past two years. As more people pile into cities for jobs and, thus, increase urban traffic, it’s clear that cities need to find ways to battle the slow-moving beast. Allowing more space for good ol’ fashioned walking and biking just might be one of the solutions.

Charge Your Battery While You Bike to Juice Up Your Phone