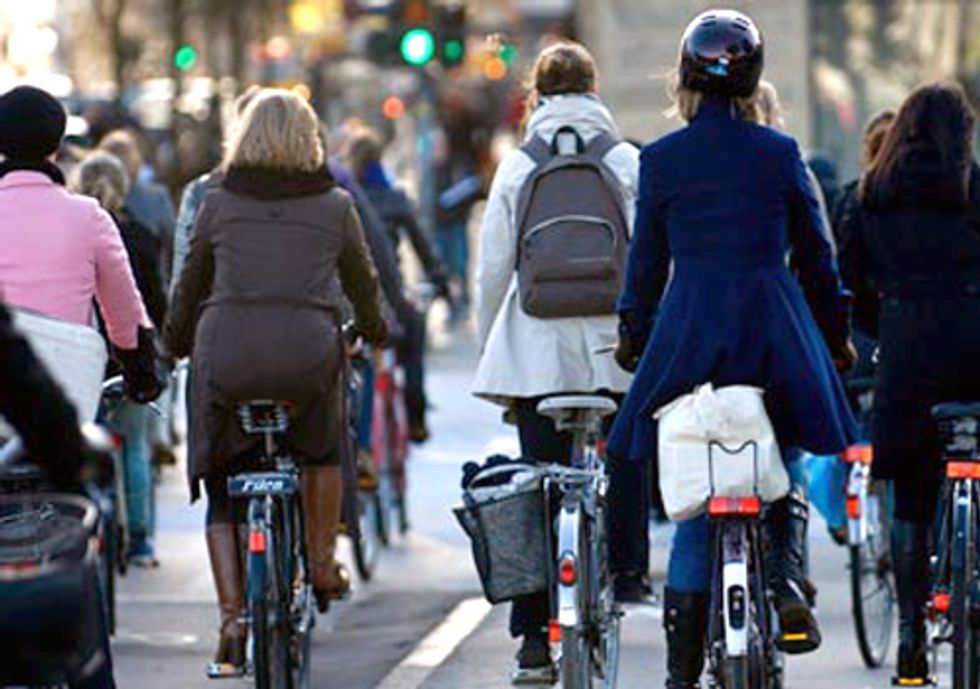 Cities cover just two percent of the world’s land area, yet they account for about 70 percent of greenhouse gas emissions. According to the United Nations, 59 percent of us now live in cities; in developing countries, 81 percent of people are urbanites. And those figures are rising every day.

Even though cities are a major source of emissions fuelling climate change, “they are also places where the greatest efficiencies can be made,” according to Joan Clos, executive director of UN-HABITAT. “With better urban planning and greater citizen participation we can make our hot cities cool again.”

The benefits of doing so go beyond reducing the risk of global warming. Cities designed for humans rather than cars are better places to live, with lower pollution levels, less traffic congestion, more parks and public spaces, improved opportunities for social interaction and healthier citizens.

Making cities more livable with lower environmental impacts requires a range of solutions, including growing food so we don’t have to import so much, improving energy efficiency in buildings, increasing population density, investing in public transit and reducing reliance on private automobiles.

With longer days and blossoming trees making Vancouver brighter, my thoughts turn to the joys of bicycling. Getting people out of cars and onto bikes won’t solve all our climate and pollution problems, and bicycling isn’t possible for everyone, but the more people cycle, the better off we’ll all be. It’s also a great way to stay in shape and make the commute more enjoyable—and often faster.

I’m particularly excited this year as the international cycling conference Velo-city Global is being held in Vancouver June 26 to 29. The event is expected to bring together about 1,000 traffic planners, cycling advocates, architects, educators, politicians, and others from around the world “to share best practices for creating and sustaining cycling-friendly cities, where bicycles are valued as part of daily transport and recreation.”

Gil Peñalosa, who will open and close the conference, says Vancouver has done a lot for cycling but it’s “not great yet.” Peñalosa, director of the Canadian non-profit organization 8-80 Cities and former commissioner of Parks, Sports and Recreation in Bogota, Colombia, believes North American city dwellers could learn from Europeans when it comes to encouraging cycling.

“Even in Europe, a lot of the bicycle infrastructure has been done in the last 30 years. And it didn’t get there by chance,” Peñalosa said in an interview with the European Cyclists’ Federation, noting that in Amsterdam, cycling infrastructure and rates increased only after active campaigning by citizens. He also said that bicycle-friendly planning can complement well-designed public transportation systems.

One of the first steps is to reduce local traffic speeds. “It’s a real paradox,” he said. “People actually want to have 30 kilometres an hour in their own neighborhood, but where they don’t live they want to go fast.”

The next step in encouraging cycling is something Vancouver is moving toward: “You need physically separated bike ways. And you don’t just need one separated bike path. You need a whole network,” Peñalosa said.

The European Cyclists’ Federation says that providing segregated bike lanes on arterial and other busy roads in urban areas isn’t as big a task as many would expect, as these roads typically represent only about five to 10 percent of the urban landscape.

I hope the Velo-city Global conference will get more people in Vancouver and beyond excited about cycling. Those who ride know one of the best reasons is that it’s fun. It’s also good for you. Regular cycling reduces the risk of a range of health problems, from obesity to heart disease to stress. And that helps the economy by decreasing overall health-care costs.

That it will also contribute to lower greenhouse gas emissions and pollution and that it can make cities more enjoyable places to live are even more reasons to get on your bike whenever you can.