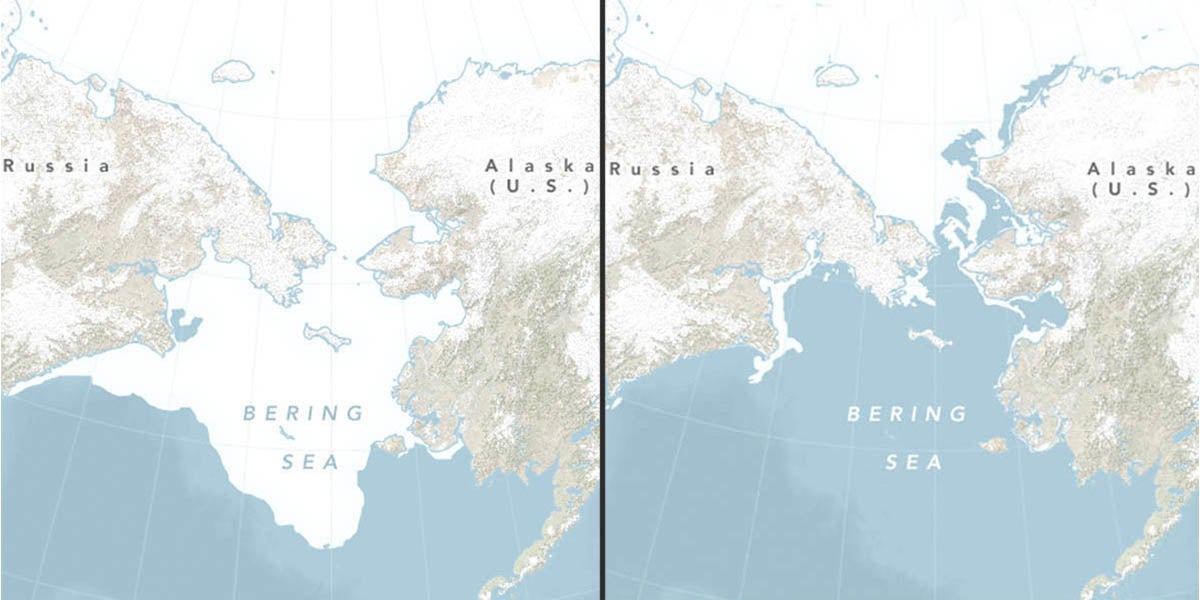 The impacts of the Arctic‘s warmest winter on record are being felt into the spring.

As April drew to a close, scientists confirmed that sea ice in the Bering Sea, the body of water between Alaska and Russia, was at 10 percent of normal levels, The Washington Post reported Thursday.

2018 also marks the earliest start on record to the ice melt season in the Chukchi Sea, just north of the Bering Sea, University of California-Irvine climate scientist Zack Labe tweeted May 2.

2018 is the earliest start to the melt season on record in the Chukchi Sea (#Arctic). The previous years in the satellite era are indicated by the other thin lines. 2017 is in yellow. Data from @NSIDC. pic.twitter.com/vg4Yj6uZh7

Sea ice extent is at a record low for both bodies of water, breaking the previous record set in 2017, Labe tweeted Sunday.

Sea ice extent in the Bering-Chukchi Sea region remains a record low for the date. The previous record was 2017. Each other thin line represents one year from 1979 [purple] to 2016 [white]. pic.twitter.com/0B2ffJMZ44

The low ice is already having a very real impact on Alaskan communities, according to a report published in April by the International Arctic Research Center (IARC) at the University of Alaska Fairbanks.

The lack of stable ice cover made it difficult for Alaska residents to travel between communities on boats or snow machines or to hunt for marine life like mammals, fish and crabs, the report found.

“Without the ice, it’s very difficult, if not impossible, to put food on the table,” IARC climate scientist Brian Brettscheider told The Washington Post.

Less sea ice also means less protection from storms, like the one that hit Little Diomede Island in February, leading to power outages and pushing ice rubble onto the beach that damaged the island’s water treatment plant and helipad.

“Fellow Americans are suffering from a natural disaster,” Thoman told The Washington Post. “While low sea ice is not as dramatic as a wildfire or an Interstate 95 snowstorm, the impacts and hardships it produces are just as real,” he said.

The report said the Bering Sea’s record-low 2018 ice cover was due to two factors: warmer temperatures and increased storms.

Warmer air and water temperatures have interacted with lower ice levels over the past four winters to create a feedback loop leading to even greater melting.

The winter of 2018 also saw more storms than usual in the region, meaning that when ice did form, it was broken up again.

According to The Washington Post, Bering Sea ice took a major hit during an arctic heatwave in February, when one third of it melted in a week.

While ice cover increased during March, it was reversed again by storms from the south beginning March 21, leading to a low-ice spring, the IARC report said.

“Communities need to prepare for more winters with low sea ice and stormy conditions. Although not every winter will be like this one, there will likely be similar winters in the future. Ice formation will likely remain low if warm water temperatures in the Bering Sea continue,” the report concluded.