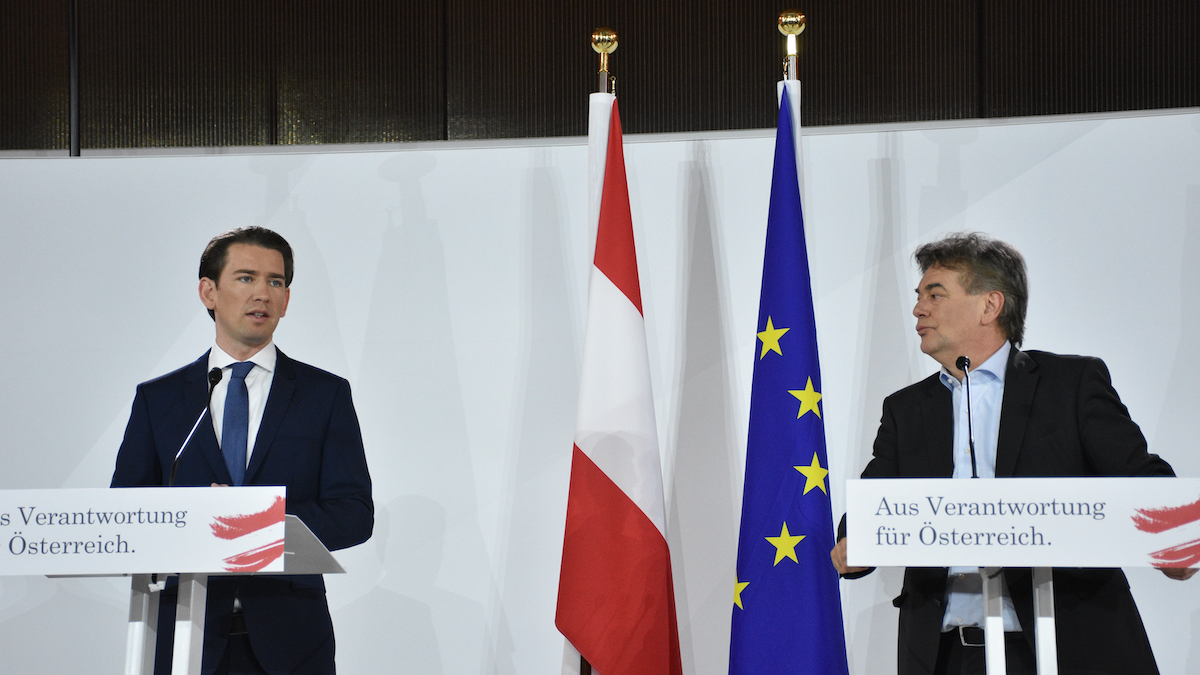 After weeks of negotiations, Sebastian Kurz, the leader of the conservative Austrian People’s Party (ÖVP), and Greens head Werner Kogler presented their coalition deal on Thursday.

Although the Greens managed to secure major policies to combat climate change, Kurz also pushed through his hardline immigration policies — which might not sit well with Greens supporters.

What’s in the coalition deal?

‘The Best of Both Worlds’

Kurz hailed the deal as a good compromise that would allow both parties to deliver on their core campaign promises.

“We deliberately brought together the best of both worlds, and so it is possible both for the Greens to keep their central election promises and for us,” Kurz said at the joint press conference.

Kogler said that the plans would make Austria a “role model” in Europe for climate protection and represents the “reconciliation of ecology and economy.”

He admitted that the more hardline immigration policies, and particularly the headscarf ban, are likely to come as a surprise for supporters of the multicultural Greens.

“This is very unusual,” Kogler said in response to a question about the Greens signing off on plans for a headscarf ban. He defended the preventative custody plans, however, saying that it would only be used in isolated cases.

The coalition is a first for Austria and being watched very closely in Germany. The union between Chancellor Angela Merkel’s conservatives and the center-left Social Democrats has been strained after numerous electoral losses in 2019.

The Greens have been rising in opinion polls, with support currently sitting at 21%, making them a more attractive potential coalition partner for Merkel’s conservatives should the current governing coalition collapse.

German Greens co-leader Robert Habeck welcomed the coalition in Austria, but said that it doesn’t necessarily mean that it would translate well to Germany’s political scene.

He said that his party and the conservatives in Germany “differ greatly in key policy areas.”

The new coalition comes after a coalition between Kurz’s ÖvP and the far-right Freedom Party (FPÖ) collapsed last May over a corruption scandal, triggering elections in September.

The so-called “Ibiza-gate” scandal involved former vice chancellor and ex-FPÖ head Heinz-Christian Strache, who was seen in a video offering favors to a fake Russian investor.

What happens next: The deal still needs to be approved at a Greens party congress on Saturday, although the deal is expected to be approved. That puts Kurz back on track to become prime minister and resume his title as the world’s youngest leader.