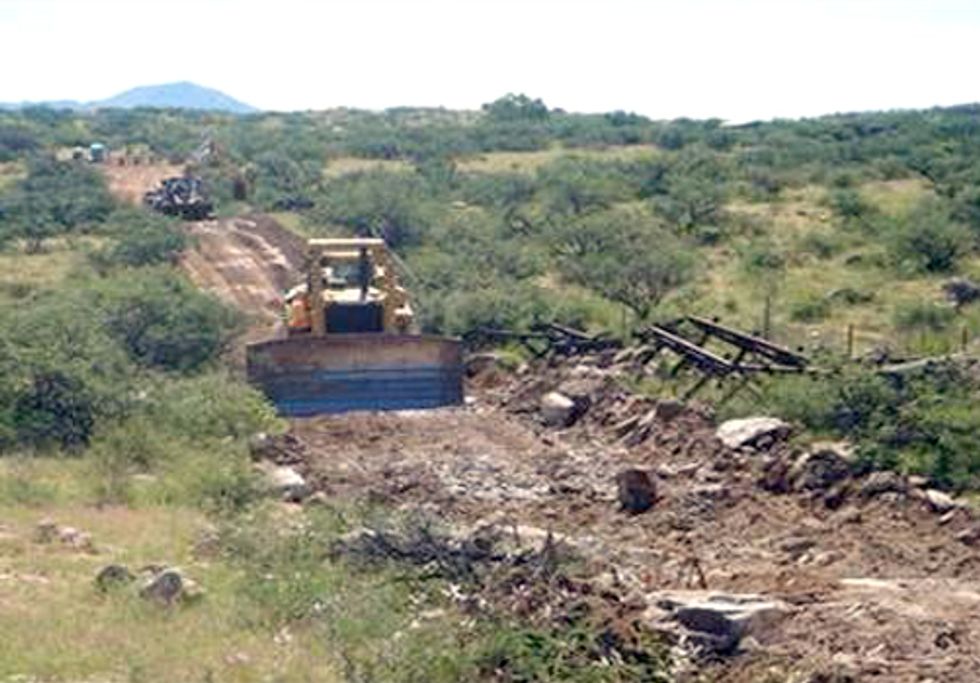 On June 19, the U.S. House of Representatives passed a package of anti-wilderness bills (H.R. 2578), including H.R. 1505—National Security and Federal Lands Protection Act.

H.R. 1505 would hand over “operational control” of federal public lands within 100 miles of the Canadian and Mexican borders to the U.S. border patrol, and could open national parks, wildlife refuges, wilderness and other public lands to development, such as construction and road building. Rep. Raul Grijalva’s (D, AZ-7) amendment to strike H.R. 1505 from the package was unfortunately defeated. This package of bills now awaits movement in the Senate.

Prior to the House vote, a coalition of Hispanic and immigration reform advocates, Native American tribal organizations, sportsmen, businesses and conservation groups, sent a letter to members of Congress voicing their opposition and asking members to vote against the bill.

“H.R. 1505 is an overreach that would adversely affect everyone who enjoys America’s public lands,” said David Moulton, senior legislative director at The Wilderness Society. “The bill would allow road building, construction and development on lands that are loved for hunting, fishing, hiking and other recreational activities. This vote was not in the best interest of the people who enjoy the land for its natural beauty.”

H.R. 1505 is part of an anti-wilderness package that includes, among other destructive bills:

• The Sealaska bill would give away tens of thousands of acres of high-value public land from the Tongass National Forest to the Sealaska Corporation. This would allow the corporation to clear-cut valuable forest land and take ownership of the best recreation sites at the heads of bays or mouths of salmon streams. This land giveaway would effectively prevent a long-planned transition out of old growth logging on the national forest, and privatize prime recreation spots that are currently open to the American public for fishing, hunting, and recreation and are relied upon by many small tourism, outfitter and fisheries businesses.

• Title XI, the “Grazing Improvement Act,” is a virtual giveaway of more than 247 million acres of Bureau of Land Management (BLM) and National Forest rangelands to the approximately 27,000 livestock producers who have grazing privileges on the lands managed by these two agencies. The bill would change the term of federal livestock grazing leases from the current ten years to 20 years.  No other government entity in the U.S. issues 20-year livestock grazing permits. In addition, Title XI reduces the level of environmental scrutiny of livestock grazing practices on BLM and National Forest lands by allowing these agencies to exempt the issuance of grazing permits from National Environmental Policy Act review.

• The Quincy Library Group bill would take an unsuccessful and outmoded forest management pilot program and expand it across much of northern California, while simultaneously authorizing logging in roadless areas, spotted owl habitat, salmon habitat and other areas of critical environmental importance and mandating minimum annual timber cuts.

Opposed by the Department of Homeland Security (DHS), H.R. 1505 could endanger personal freedoms by closing without notice our lands to hunting, fishing, tourism and recreation, all multi-million dollar industries that support small businesses. DHS Secretary Napolitano testified before Congress in opposition to H.R. 1505, saying it "is unnecessary, and it’s bad policy." DHS benefits from their close collaboration with law enforcement counterparts in the land management agencies. In addition to threatening lands, the bill threatens this collaboration.

H.R. 1505 is an extreme and radical measure that would put at risk 49 million acres of public lands in 17 states, sweeping away 16 bedrock environmental and land management laws in Joshua Tree National Park, Boundary Waters Canoe Area Wilderness, Acadia National Park and any other protected land that sits within 100 miles of the border.

The Wilderness Society recently updated the report, Wilderness Under Siege, to reflect the movement of these and other bills and what they would mean to America’s lands, waters and natural legacy. Also mentioned in the report is H.R. 4089—a Trojan horse bill that includes a sneak attack on wilderness. H.R. 4089 recently passed the House, and awaits passage in the Senate.

The bills profiled in Wilderness Under Siege are out of touch with the American people’s conservation values.