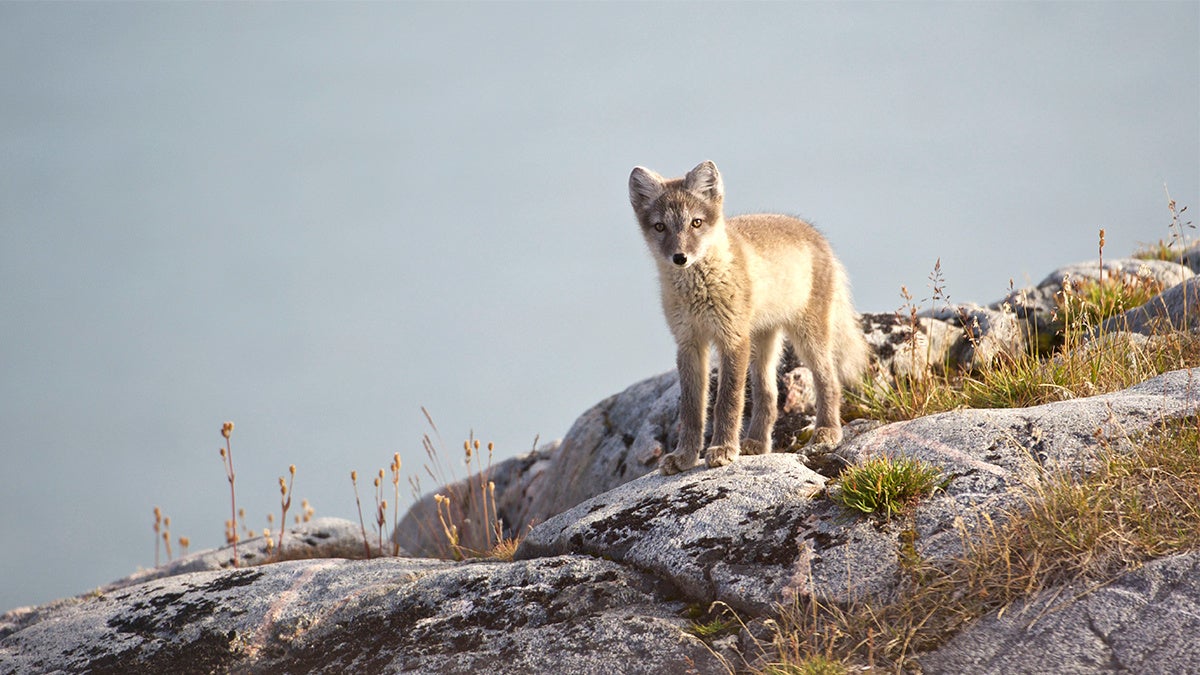 During the summer, the Arctic tundra is usually a thriving habitat for mammals such as the Arctic fox. Education Images / Universal Images Group via Getty Images

Reports of extreme snowfall in the Arctic might seem encouraging, given that the region is rapidly warming due to human-driven climate change. According to a new study, however, the snow could actually pose a major threat to the normal reproductive cycles of Arctic wildlife.

Zackenberg, Northeast Greenland received such heavy snow in 2018 that much of the ground remained covered well into late summer, which appears to have prevented plants and animals there from breeding. In a study published this week in the journal PLOS Biology, researchers said this led to “the most complete reproductive failure” across the whole ecosystem in more than 20 years of monitoring.

“One non-breeding year is hardly that bad for high-arctic species,” lead author Niels Martin Schmidt of Aarhus University in Denmark said in a press release. “The worrying perspective is that 2018 may offer a peep into the future, where increased climatic variability may push the arctic species to — and potentially beyond — their limits.”

During the summer, the Arctic tundra is usually a thriving habitat for a number of migratory bird species, the insects they come to feed on, highly adapted flowers and even mammals such as the Arctic fox and musk ox, according to Smithsonian.com.

But in late July, 45 percent of the landscape was still covered in snow, Science News reported, as opposed to the typical 4 percent coverage for that time of year. This delayed insects from emerging in time for the birds and plants from flowering until it was too late for their seeds to sprout before the August freeze.

Study co-author Jeroen Reneerkens, an avian ecologist at the University of Groningen, visits the Zackenberg Research Station each year to study migratory shorebirds called sanderlings. In 2018, he encountered only a quarter of the population he was accustomed to seeing — mostly begging for scraps near the station — and just one sanderling nest, which hatched “ridiculously late” and probably wouldn’t be strong enough to survive migration, Science News reported.

The researchers also did not see any Arctic fox cubs and reported hardly any musk ox calves during the season.

“I try not to be sentimental, but it was scary,” Schmidt told Science News. “In nearly 25 years of monitoring, we’ve never seen anything like this.”

Climate models have shown that a warmer climate means increased variability in seasonal precipitation and likelihood of extreme weather, even including heavier snow. According to the U.S. National Oceanic and Atmospheric Administration, the Arctic is warming twice as fast as the rest of the world, making its sensitive climate especially vulnerable to these fluctuations.

For instance, New Scientist reported that compared to the blanketing it received in 2018, the Arctic received too little snow in 2019. This means that in the summer, the snowmelt might not have been enough to support the water needs of Arctic wildlife.

While the researchers said one season of breeding disruption is not enough to permanently affect Arctic species, two or more seasons of non-breeding in a row caused by these extremes could lead to collapse, Smithsonian.com reported. The researchers have not yet released any findings on the 2019 Arctic breeding season.