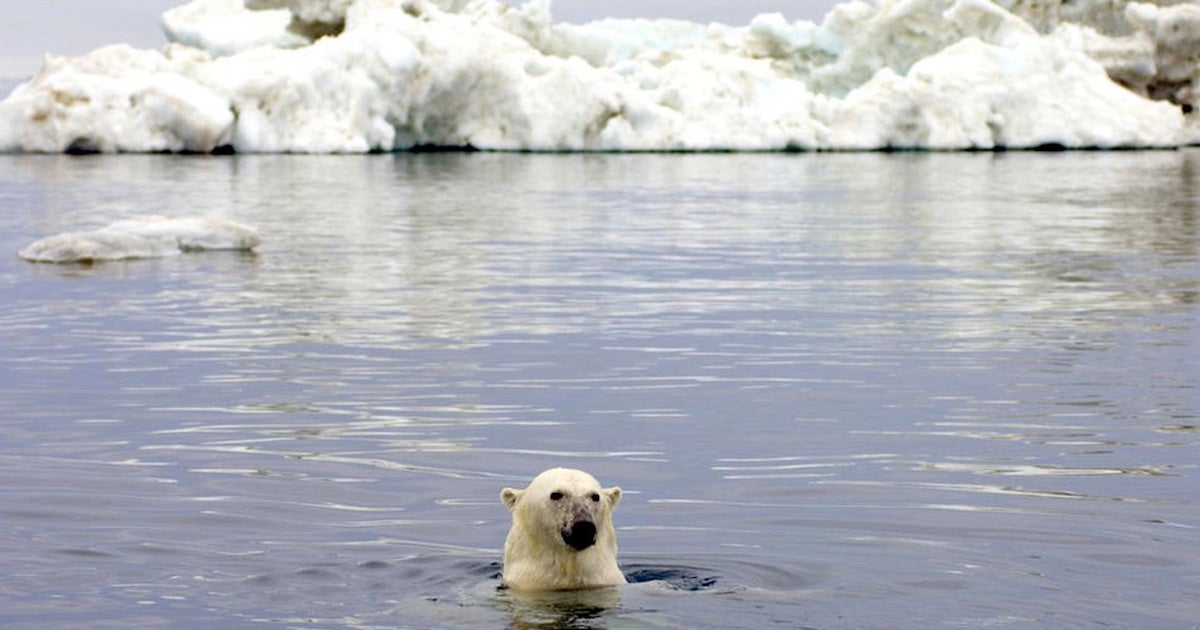 The fight against new Arctic drilling took a major setback on Tuesday. On the same day that the Senate Budget Committee passed a bill allowing oil and natural gas drilling in Alaska’s pristine Arctic National Wildlife Refuge, the Trump administration granted oil company Eni’s request to explore for oil in nearby Alaska waters.

The Department of Interior‘s Bureau of Safety and Environmental Enforcement (BSEE) issued the permit to Eni yesterday, allowing the oil giant to drill exploratory wells in the Beaufort Sea as early as next month.

“Achieving American energy dominance moved one step closer today with the approval of Arctic exploration operations on the Outer Continental Shelf for the first time in more than two years,” the department
boasted.

In April, President Donald Trump signed an executive order that initiated the process of rolling back former President Obama’s 2016 ban on any new off shore oil and gas leasing in the Arctic Ocean.

Exploratory drilling will take place on Spy Island, a man-made artificial island approximately three miles offshore of Oliktok Point. Eni, which has sat on its leases in the Beaufort Sea for more than a decade, says the new development could lead to the creation of 100-150 jobs in the region and new production of 20,000 barrels of oil per day.

“BSEE Alaska Region staff conducted a thorough and complete review of Eni’s well design, testing procedures and safety protocol,” said Mark Fesmire, BSEE Alaska Region director. “Exploration must be conducted safely, and responsibly in relation to the Arctic environment and we will continue to engage Eni as they move forward with drilling its exploratory well.”

But environmental groups fiercely oppose oil and gas development in the area over risks of a potential spill and say that drilling in the Arctic will exacerbate global warming.

The Center of Biological Diversity said in a statement that the area is home to many marine mammals, including bowhead whales, polar bears and ringed seals and birds from all over the world, including spectacled eiders and longtailed ducks. They also noted that the Trump administration provided the public only 21 days to review and comment on the exploration plan and only 10 days to comment on scoping for an environmental assessment under the National Environmental Policy Act.

“Approving this Arctic drilling plan at the 11th hour makes a dangerous project even riskier,” said Kristen Monsell, an attorney with the organization. “An oil spill here would do incredible damage, and it’d be impossible to clean up. The Trump administration clearly cares only about appeasing oil companies, no matter its legal obligations or the threats to polar bears or our planet.”

The Center for Biological Diversity and other groups filed a lawsuit challenging Trump’s April executive order. The lawsuit is pending in federal court in Alaska.

Meet Eni, the spill-prone oil company that Trump just unleashed on U.S. Arctic waters. It admitted 500 oil spills in Niger Delta in one year, 349 the next. #SaveTheArctic https://t.co/8OVv50RwNr

Meanwhile, the Republican-led push to allow drilling in the Arctic National Wildlife Refuge (ANWR) moved forward on Tuesday. The bill, which is combined with Senate Republicans’ tax reform overhaul, was approved by the Senate Budget Committee in a party-line vote of 12-11. The measure is now headed to the Senate floor.

The legislation, introduced by Sen. Lisa Murkowski (R-Alaska), could advance with only 51 votes in the Senate instead of the usual 60 as it complies under Congress’ budget resolution instructions for 2018.

Democratic lawmakers and environmental groups have criticized the GOP for sneaking the “backdoor drilling provision” through the budget process.

“It’s really not gotten the attention that it should,” Tammy Duckworth (D-Ill.), a member of the Energy and Natural Resources Committee, told POLITICO about the ANWR provision. “It’s not just the budget discussion. It’s about everything else that’s going on, the flurry of all sorts of other news.”

Jamie Rappaport Clark, president and CEO of Defenders of Wildlife, also issued the following statement: “A vote for the Senate tax reform bill is a vote supporting the destruction of America’s iconic Arctic National Wildlife Refuge. Sen. Murkowski’s toxic drilling provision forsakes the conservation values that helped shape our nation and threatens polar bears, muskoxen, caribou and hundreds of species of migratory birds from all fifty states. Congress must uphold America’s conservation legacy by rejecting any bill that includes oil drilling in the Arctic refuge.”