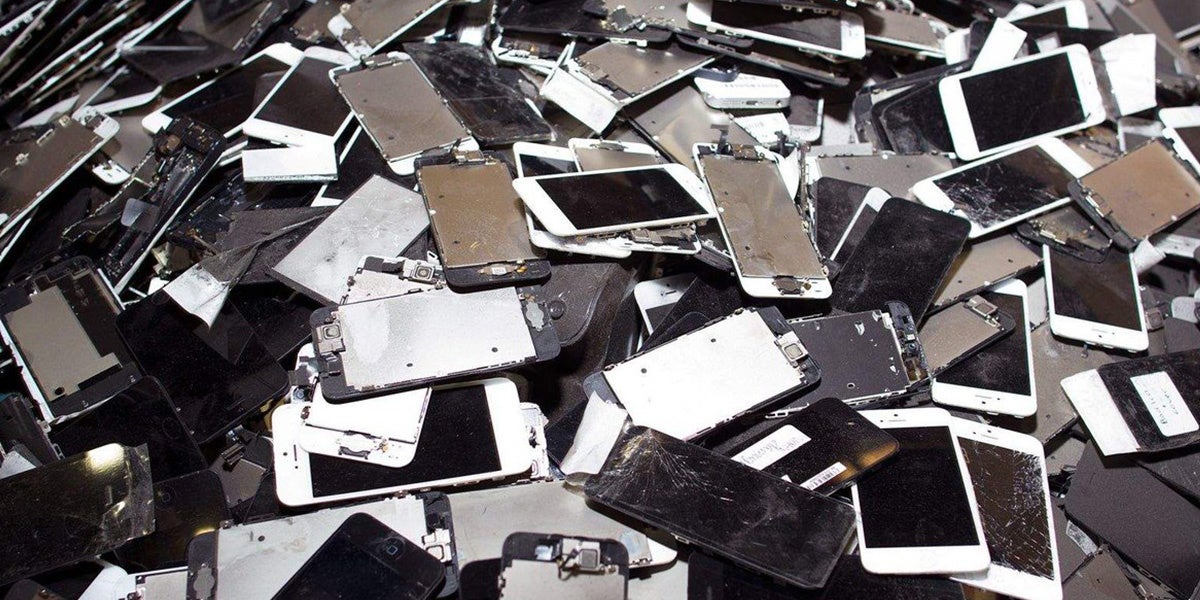 If you ever felt like your iPhone is getting slower over time,
Apple has admitted that it deliberately slows down the processing speeds of phones with older batteries to stop them shutting down without warning.

The tech giant is ultimately doing a good thing—even if it’s in a sneaky, backhanded way. Smartphone batteries certainly have a limited lifespan.

As the company explained Wednesday: “Lithium-ion batteries become less capable of supplying peak current demands when in cold conditions, [when they] have a low battery charge or as they age over time, which can result in the device unexpectedly shutting down to protect its electronic components.”

But how many of us buy a completely new phone instead of simply replacing the battery? That’s not to mention that Apple makes their phones very difficult to open and fix yourself.

As you may know, our gadgets have an
enormous environmental footprint in the form of electronic waste, aka e-waste.

Greenpeace estimates that 7.1 billion smartphones have been manufactured since 2007, or enough for just about every person on the planet.

And yet companies like Apple churn out new devices every year,
selling 78.2 million iPhones in the months following the release of the iPhone 7.

Our phones don’t even stay with us that long, as the average age of a smartphone traded in between April 2017 and June 2017 was 2.58 years, according to
data collected by HYLA Mobile, a device trade-in company.

You could always recycle your old phones but not many of us do.

“Only 20 percent [of e-waste] is going in the official collection and recycling schemes,” Ruediger Kuehr, head of the UN University’s Sustainable Cycles Programme, told Reuters.

Last year, the amount of electronic waste around the world grew to a record 45 million tons in 2016—equivalent to about 4,500 Eiffel Towers. Most discarded gadgets go into landfills or get sent overseas.

So before you consider an iPhone upgrade, here are some things to keep in mind (via Greenpeace):

Apple has been recognized for its strong support of climate change action and its positive engagement with a number of climate change policy areas. However, its latest iPhone-kerfuffle certainly does not add to its environmentally friendly image.