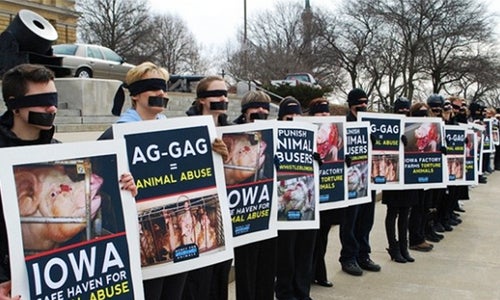 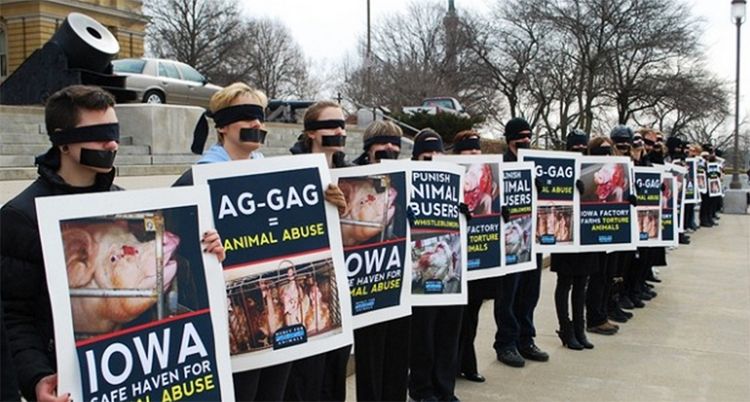 Idaho’s ag-gag law is one of the broadest of its kind and was passed in the wake of numerous undercover investigations that revealed violations of animal welfare laws and conditions highly conducive to the spread of disease-causing pathogens.

The groups filed a “friend of the court” brief as part of a constitutional challenge to Idaho’s “ag-gag” law that criminalizes undercover documentation of food safety, worker safety and animal welfare violations inside industrial animal agricultural facilities and has a chilling effect on public speech about the conditions in these facilities. Idaho’s law is one of the broadest of its kind and was passed in the wake of numerous undercover investigations that revealed violations of animal welfare laws and conditions highly conducive to the spread of disease-causing pathogens. Such investigations have resulted in the closure of factory farms and slaughterhouses, civil and criminal prosecutions and massive meat recalls.

“Our highly consolidated industrial meat production system relies on profit-maximizing methods that have direct public health impacts,” Wenonah Hauter, executive director of Food & Water Watch, said. “The industry wants to hide the shocking and dirty practices that can result in foodborne illnesses that lead to hospitalizations—even deaths. Animal welfare is just the tip of the iceberg when it comes to the reasons we need transparency in factory farm and slaughter operations.”

Last year the Idaho district court struck down the law as unconstitutional because it violates citizens’ free speech and equal protection rights. Idaho appealed the ruling. Today’s brief asked the court to consider the impacts reinstating the law would have on public health and animal welfare by effectively preventing the public from seeing and understanding activities inside factory farms and slaughter facilities. The meat, dairy products and eggs that come from these operations are among the leading causes of foodborne illnesses in the U.S.

“The public has a right to know what happens inside facilities where our food is produced, whether it’s in Idaho, Iowa or anywhere else in the country,” Hannah Connor, an attorney with the Center for Biological Diversity, said. “It’s disturbing to see Idaho clamping down on the public’s right to know, including going so far as to make criminals out of those who are simply recording what happens inside these facilities. Health, safety and animal welfare issues are critical in understanding how our food is made—but that discussion can’t happen if the public is kept in the dark.”

There are well-established links between inhumane practices at factory farms and slaughterhouses and increased risk of foodborne illness. Factory farm conditions are typically crowded and stressful and animal welfare abuses that injure or weaken animals make them even more susceptible to illness. Sick, stressed or injured animals are more likely to come into contact with, harbor and spread pathogens such as E. coli, Salmonella and Campylobacter. These disease-causing organisms can spread at slaughterhouses if sick animals are not properly withheld from the food supply.