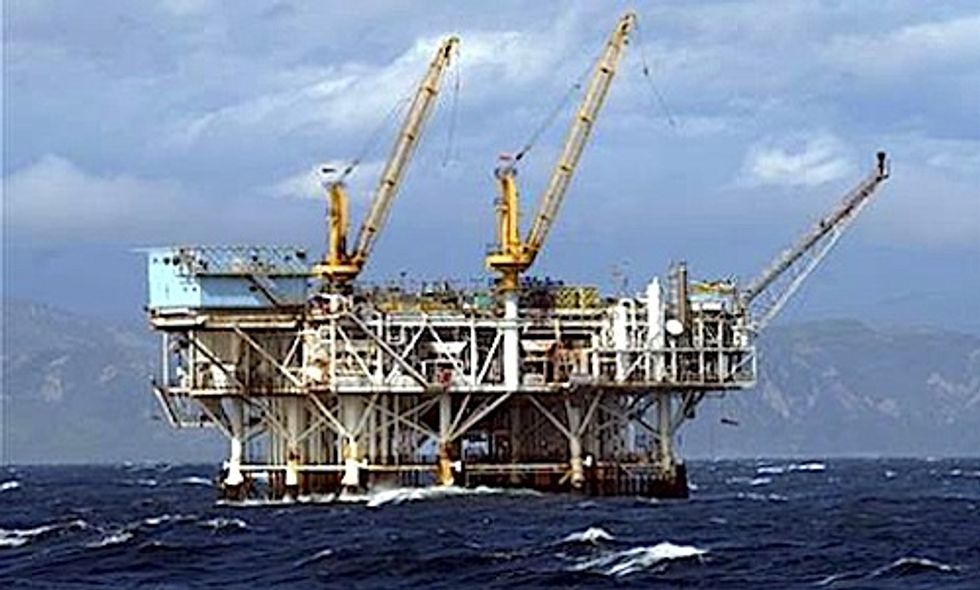 Citing the use of hazardous hydraulic fracturing chemicals and the release of oil industry wastewater off California’s coast, the Center for Biological Diversity yesterday called on the Coastal Commission to halt fracking for oil and gas in state waters and press for tighter regulation of fracking in federal waters.

Approximately half the oil platforms in federal waters in the Santa Barbara Channel discharge their wastewater directly to the ocean. Photo credit: AP Photo/ The Santa Barbara News-Press, Steve Malone

In a letter delivered as commissioners meet this week in Newport Beach, CA, the center says hundreds of recently revealed frack jobs in state waters violate the Coastal Act. Some oil platforms are discharging wastewater directly into the Santa Barbara Channel, according to a government document.

“The Coastal Commission has the right and the responsibility to step in when oil companies use dangerous chemicals to frack California’s ocean waters,” said Emily Jeffers, a center attorney. “Our beaches, our wildlife and our entire coastal ecosystem are at risk until the state reins in this dangerous practice.”

At minimum, the Coastal Commission must take action under the Coastal Act to regulate the practice, including requiring oil and gas operators fracking in state waters to obtain a coastal development permit.

The chemical X-Cide, used in all 12 offshore frack jobs examined by the center, is classified as a hazardous substance by the federal agency that manages cleanup at Superfund sites. X-Cide is also listed as hazardous to fish and wildlife.

Oil companies have used fracking at least 200 times in waters off Long Beach, Seal Beach and Huntington Beach, as well as in federal waters in the Santa Barbara Channel. Fracking involves blasting massive amounts of water and industrial chemicals into the earth at pressures high enough to crack geologic formations and release oil and gas.

Approximately half the oil platforms in federal waters in the Santa Barbara Channel discharge all or a portion of their wastewater directly to the ocean, according to a Coastal Commission document. This produced wastewater contains all of the chemicals injected originally into the fracked wells, with the addition of toxins gathered from the subsurface environment.

The center’s letter says that water pollution from fracking and oil operations in California’s waters poses risks to a wide range of threatened and endangered species, including Blue whales, sea otters and Leatherback turtles.