Amazon Rainforest Could be Two Years from Irreversible ‘Tipping Point’ 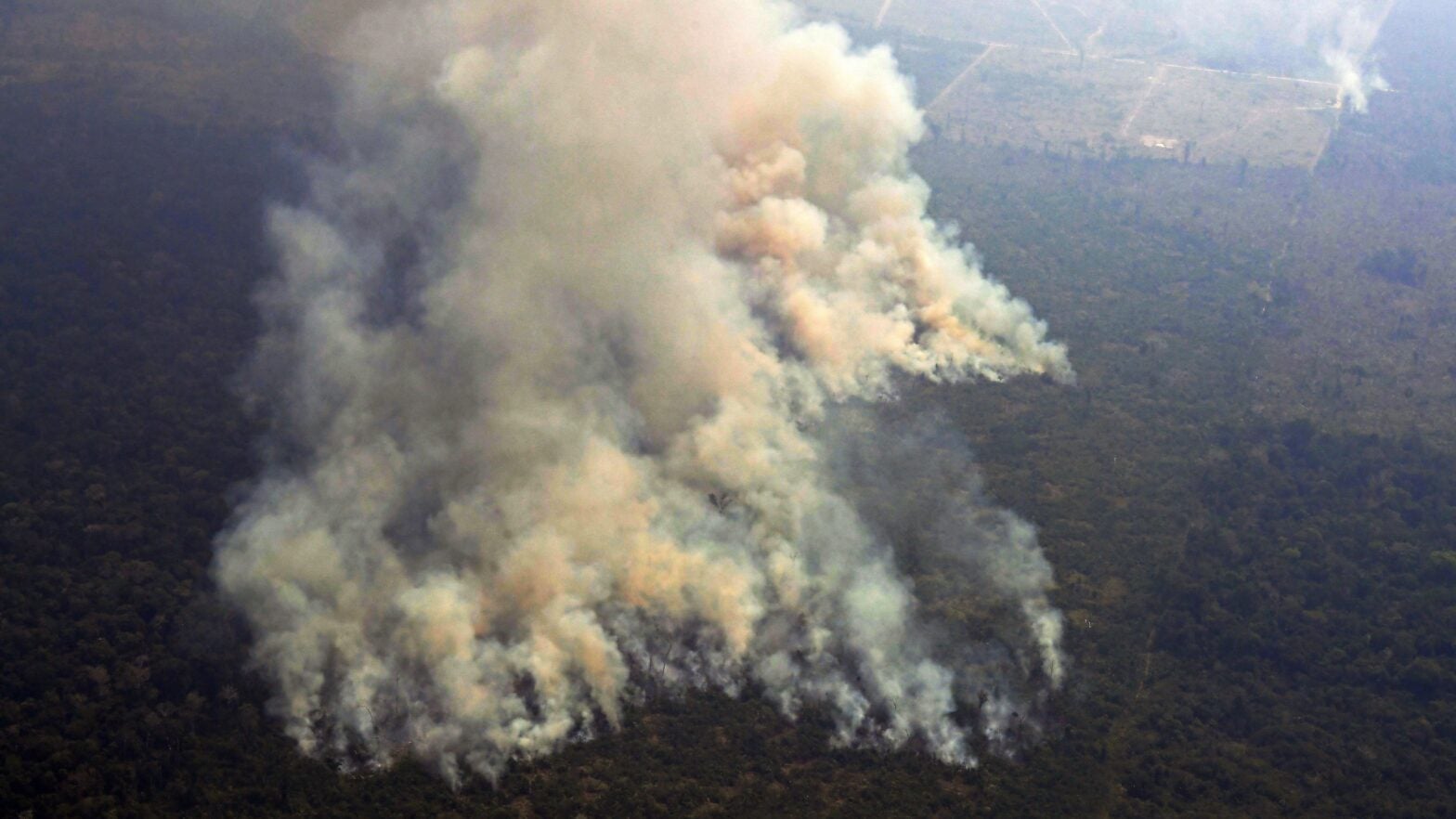 If current deforestation rates in the Amazon rainforest continue, the forest could be two years away from the “tipping point” after which it will no longer be able to sustain itself by making its own rain.

That’s the warning issued by Monica de Bolle, a senior fellow at the Peterson Institute for International Economics (PIEE), in a policy brief released this week.

“The time for action is now,” de Bolle tweeted.

Professor Will Steffen explained to News.com.au how human activity and the climate crisis could combine to make such a tipping point possible.

“A combination of direct human landclearing and climate change—primarily through changing rainfall regimes—can trigger a rapid conversion of much of the forest to savanna or grassland ecosystems, thereby emitting large amounts of carbon to the atmosphere,” he said.

Deforestation in the Amazon has accelerated since right-wing President Jair Bolsonaro took office, de Bolle found. Between January and August 2019, deforestation more than doubled compared to the same period last year, according to Brazil’s National Institute for Space Research. This was due to the intentional setting of fires by cattle ranchers and others to clear land, something encouraged by the policies of Bolsonaro, who has weakened environmental regulations and enforcement.

De Bolle also warned that the Amazon was a “carbon bomb.”

“Setting fire to the forest for deforestation may release as much as 200 million tons of carbon into the atmosphere a year, which would spur climate change at a much faster rate,” she wrote.

While scientists agreed with de Bolle that protecting the Amazon was urgently important, they did not all agree with her timeline for when the tipping point would occur, The Guardian reported.

Brazillian climate scientist Carlos Nobre and U.S. conservation biologist Thomas Lovejoy co-authored an article last year warning that the eastern, southern and central Amazon could reach a tipping point when 20 to 25 percent of the forest was destroyed, but they argued this was 20 to 25 years off.

“I hope she is wrong,” Nobre told The Guardian. “If she is right, it is the end of the world.”

“We are seeing the first flickering of that tipping,” he told The Guardian. “It’s sort of like a seal trying to balance a rubber ball on its nose … the only sensible thing to do is to do some reforestation and build back that margin of safety.”

De Bolle outlined several proposals to avert her worse-case-scenario. They are:

“The Amazon fires are a tragedy, but they could also be an opportunity for the governments of Brazil and the United States to stop denying climate change and cooperate on strategies to preserve the rainforest and develop ways to sustainably use its natural resources,” de Bolle wrote.