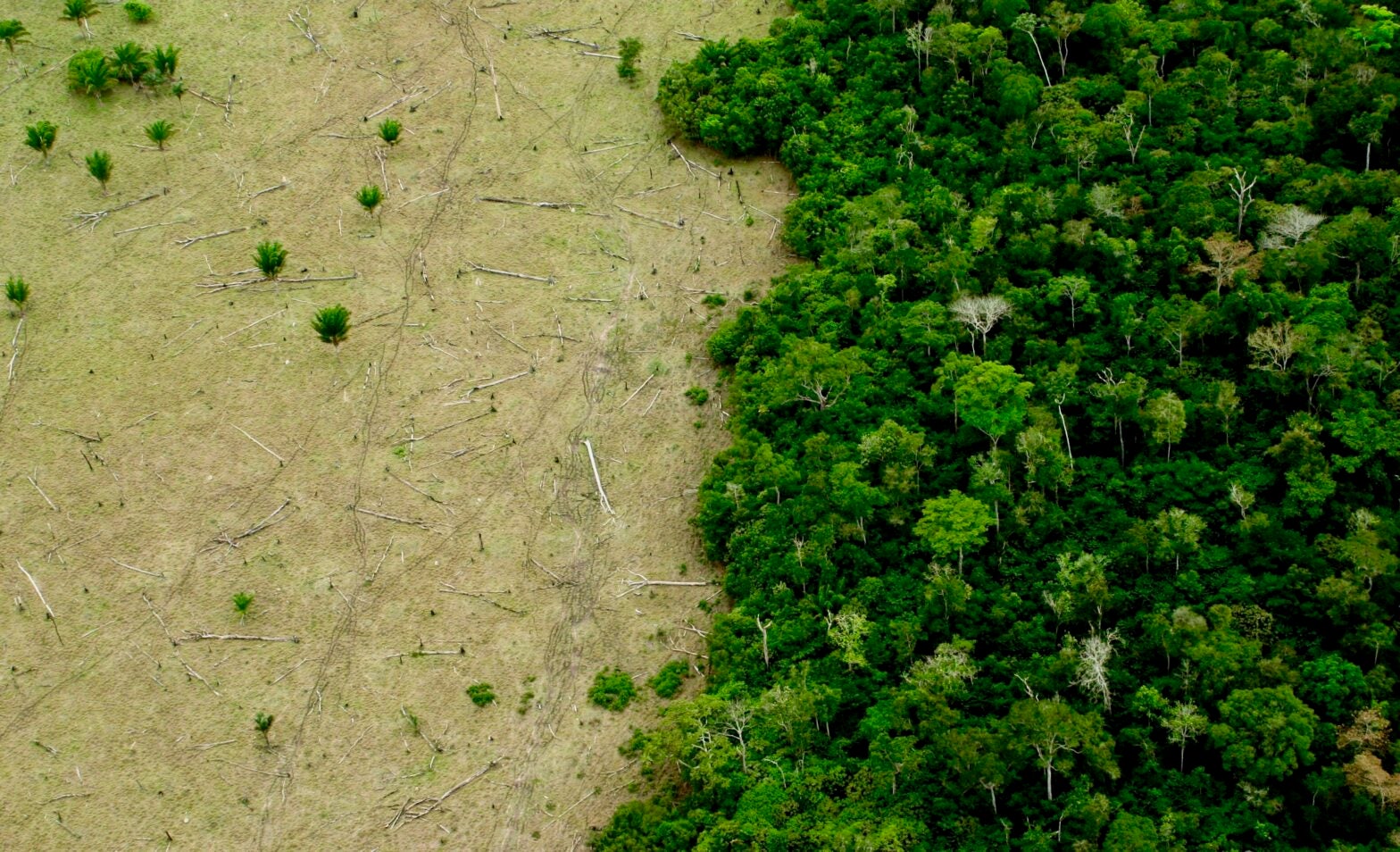 The huge surge this year in Amazon deforestation is leading some European countries to think twice about donations to the Amazon Fund. LeoFFreitas / Moment / Getty Images

By Sue Branford and Thais Borges

Ola Elvestrun, Norway’s environment minister, announced Thursday that it is freezing its contributions to the Amazon Fund, and will no longer be transferring €300 million ($33.2 million) to Brazil. In a press release, the Norwegian embassy in Brazil stated:

Given the present circumstances, Norway does not have either the legal or the technical basis for making its annual contribution to the Amazon Fund.

Brazilian President Jair Bolsonaro reacted with sarcasm to Norway’s decision, which had been widely expected. After an official event, he commented: “Isn’t Norway the country that kills whales at the North Pole? Doesn’t it also produce oil? It has no basis for telling us what to do. It should give the money to Angela Merkel [the German Chancellor] to reforest Germany.”

According to its website, the Amazon Fund is a “REDD+ mechanism created to raise donations for non-reimbursable investments in efforts to prevent, monitor and combat deforestation, as well as to promote the preservation and sustainable use in the Brazilian Amazon.” The bulk of funding comes from Norway and Germany.

The annual transfer of funds from developed world donors to the Amazon Fund depends on a report from the Fund’s technical committee. This committee meets after the National Institute of Space Research, which gathers official Amazon deforestation data, publishes its annual report with the definitive figures for deforestation in the previous year.

The Brazilian government then demanded far-reaching changes in the way the fund is managed, as documented in a previous article. As a result, the Amazon Fund’s technical committee has been unable to meet; Norway says it therefore cannot continue making donations without a favorable report from the committee. 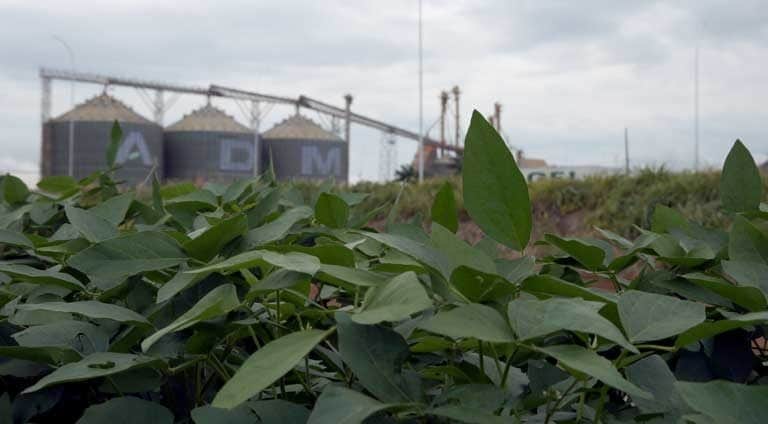 Archer Daniels Midland soy silos in Mato Grosso along the BR-163 highway, where Amazon rainforest has largely been replaced by soy destined for the EU, UK, China and other international markets.

The Amazon Fund was announced during the 2007 United Nations Climate Change Conference in Bali, during a period when environmentalists were alarmed at the rocketing rate of deforestation in the Brazilian Amazon. It was created as a way of encouraging Brazil to continue bringing down the rate of forest conversion to pastures and croplands.

There has been some controversy as to whether the Fund has actually achieved its goals: in the three years before the deal, the rate of deforestation fell dramatically but, after money from the Fund started pouring into the Amazon, the rate remained fairly stationary until 2014, when it began to rise once again. But, in general, the international donors have been pleased with the Fund’s performance, and until the Bolsonaro government came to office, the program was expected to continue indefinitely.

Norway has been the main donor (94 percent) to the Amazon Fund, followed by Germany (5 percent), and Brazil’s state-owned oil company, Petrobrás (1 percent). Over the past 11 years, the Norwegians have made, by far, the biggest contribution: R.2 billion (5 million) out of the total of R.4 billion (3 million).

Up till now the Fund has approved 103 projects, with the dispersal of R.8 billion (8 million). These projects will not be affected by Norway’s funding freeze because the donors have already provided the funding and the Brazilian Development Bank is contractually obliged to disburse the money until the end of the projects. But there are another 54 projects, currently being analyzed, whose future is far less secure.

One of the projects left stranded by the dissolution of the Fund’s committees is Projeto Frutificar, which should be a three-year project, with a budget of R million (.3 million), for the production of açai and cacao by 1,000 small-scale farmers in the states of Amapá and Pará. The project was drawn up by the Brazilian NGO IPAM (Institute of Environmental research in Amazonia).

Paulo Moutinho, an IPAM researcher, told Globo newspaper: “Our program was ready to go when the [Brazilian] government asked for changes in the Fund. It’s now stuck in the BNDES. Without funding from Norway, we don’t know what will happen to it.”

The German environment ministry told Mongabay that its minister, Svenja Schulze, had decided to put financial support for forest and biodiversity projects in Brazil on hold, with €35 million ( million) for various projects now frozen.

The ministry explained why: “The Brazilian government’s policy in the Amazon raises doubts whether a consistent reduction in deforestation rates is still being pursued. Only when clarity is restored, can project collaboration be continued.” 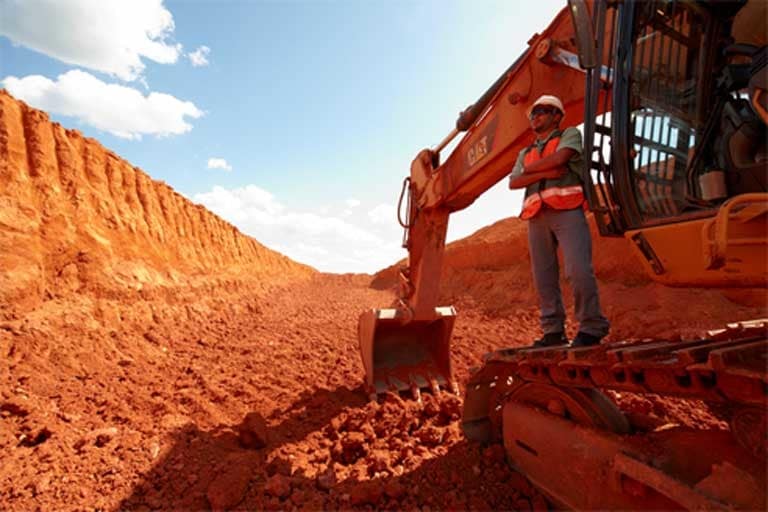 Although there will certainly be disruption in the short-term as a result of the paralysis in the Amazon Fund, the governors of Brazil’s Amazon states, which rely on international funding for their environmental projects, are already scrambling to create alternative channels.

In a press release issued yesterday Helder Barbalho, the governor of Pará, the state with the highest number of projects financed by the Fund, said that he will do all he can to maintain and increase his state partnership with Norway.

Barbalho had announced earlier that his state would be receiving €12.5 million (.1 million) to run deforestation monitoring centers in five regions of Pará. Barbalho said: “The state governments’ monitoring systems are recording a high level of deforestation in Pará, as in the other Amazon states. The money will be made available to those who want to help [the Pará government reduce deforestation] without this being seen as international intervention.”

Amazonas state has funding partnerships with Germany and is negotiating deals with France. “I am talking with countries, mainly European, that are interested in investing in projects in the Amazon,” said Amazonas governor Wilson Miranda Lima. “It is important to look at Amazônia, not only from the point of view of conservation, but also — and this is even more important — from the point of view of its citizens. It’s impossible to preserve Amazônia if its inhabitants are poor.” 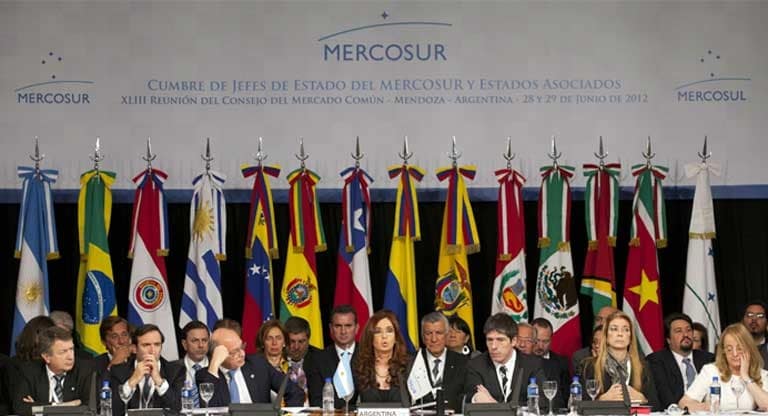 Signing of the EU-Mercusor Latin American trading agreement earlier this year. The pact still needs to be ratified.

The Bolsonaro government’s perceived reluctance to take effective measures to curb deforestation may in the longer-term lead to a far more serious problem than the paralysis of the Amazon Fund.

In June, the European Union and Mercosur, the South American trade bloc, reached an agreement to create the largest trading bloc in the world. If all goes ahead as planned, the pact would account for a quarter of the world’s economy, involving 780 million people, and remove import tariffs on 90 percent of the goods traded between the two blocs. The Brazilian government has predicted that the deal will lead to an increase of almost 0 billion in Brazilian exports, particularly agricultural products, by 2035.

But the huge surge this year in Amazon deforestation is leading some European countries to think twice about ratifying the deal. In an interview with Mongabay, the German environment ministry made it very clear that Germany is very worried about events in the Amazon: “We are deeply concerned given the pace of destruction in Brazil … The Amazon Forest is vital for the atmospheric circulation and considered as one of the tipping points of the climate system.”

The ministry stated that, for the trade deal to go ahead, Brazil must carry out its commitment under the Paris Climate agreement to reduce its greenhouse gas emissions by 43 percent below the 2005 level by 2030. The German environment ministry said: If the trade deal is to go ahead, “It is necessary that Brazil is effectively implementing its climate change objectives adopted under the [Paris] Agreement. It is precisely this commitment that is expressly confirmed in the text of the EU-Mercosur Free Trade Agreement.”

Blairo Maggi, Brazil agriculture minister under the Temer administration, and a major shareholder in Amaggi, the largest Brazilian-owned commodities trading company, has said very little in public since Bolsonaro came to power; he’s been “in a voluntary retreat,” as he puts it. But Maggi is so concerned about the damage Bolsonaro’s off the cuff remarks and policies are doing to international relationships he decided to speak out earlier this week. 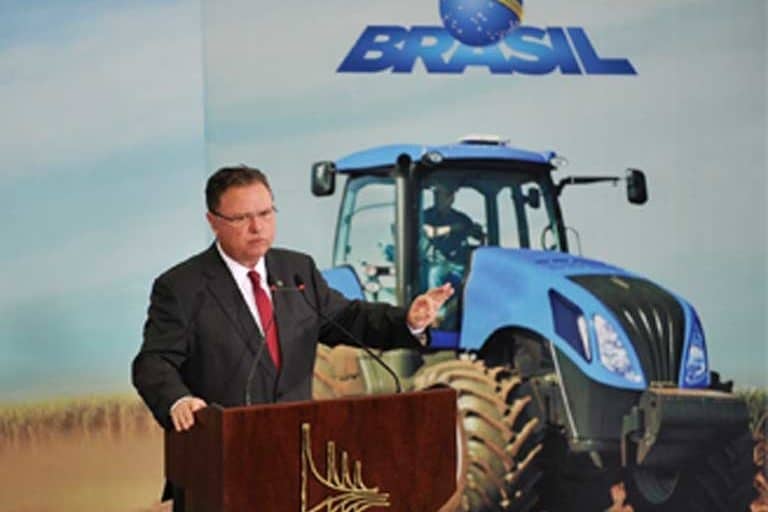 Former Brazil Agriculture Minister Blairo Maggi, who has broken a self-imposed silence to criticize the Bolsonaro government, saying that its rhetoric and policies could threaten Brazil’s international commodities trade.

Maggi, a ruralista who strongly supports agribusiness, told the newspaper, Valor Econômico, that, even if the European Union doesn’t get to the point of tearing up a deal that has taken 20 years to negotiate, there could be long delays. “These environmental confusions could create a situation in which the EU says that Brazil isn’t sticking to the rules.” Maggi speculated. “France doesn’t want the deal and perhaps it is taking advantage of the situation to tear it up. Or the deal could take much longer to ratify — three, five years.”

Such a delay could have severe repercussions for Brazil’s struggling economy which relies heavily on its commodities trade with the EU. Analysists say that Bolsonaro’s fears over such an outcome could be one reason for his recently announced October meeting with Chinese President Xi Jinping, another key trading partner.

Maggi is worried about another, even more alarming, potential consequence of Bolsonaro’s failure to stem illegal deforestation — Brazil could be hit by a boycott by its foreign customers. “I don’t buy this idea that the world needs Brazil … We are only a player and, worse still, replaceable.” Maggi warns, “As an exporter, I’m telling you: things are getting very difficult. Brazil has been saying for years that it is possible to produce and preserve, but with this [Bolsonaro administration] rhetoric, we are going back to square one … We could find markets closed to us.”