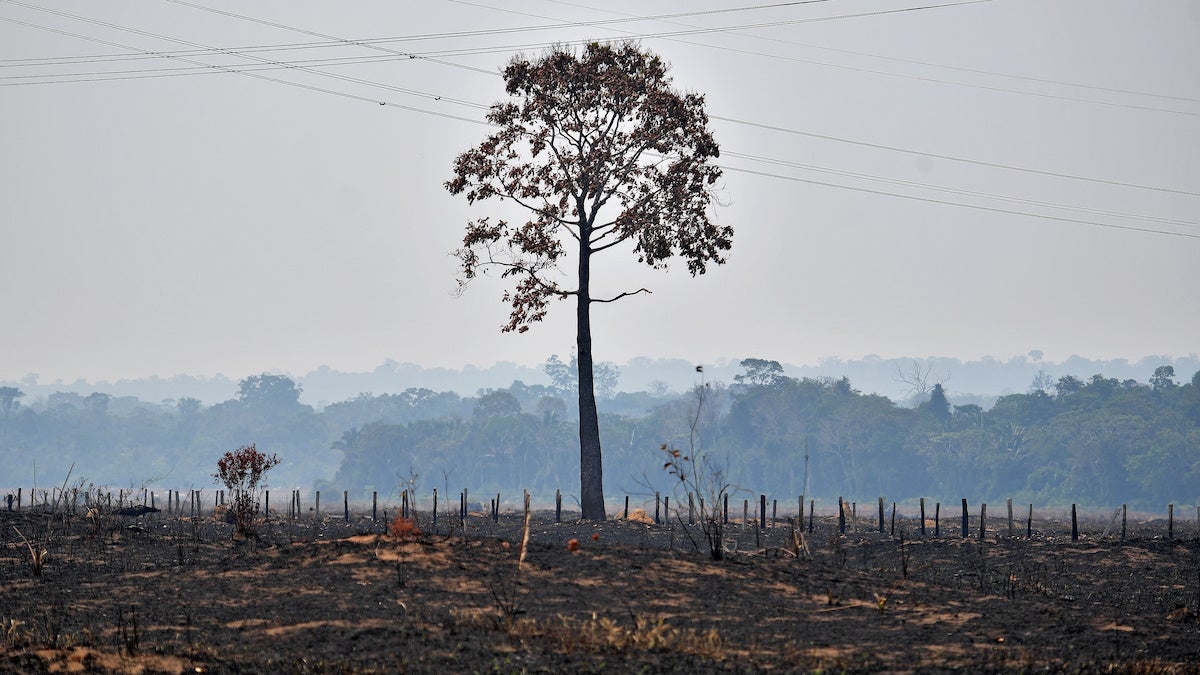 A lone burnt tree stands on a deforested area in the surroundings of Porto Velho, Rondonia State, in the Amazon basin in west-central Brazil, on Aug. 24, 2019. CARL DE SOUZA / AFP via Getty Images

An extensive study that looked at a decade of carbon emissions found that nearly 20 percent of one of the world’s largest carbon sinks is actually releasing carbon instead of capturing it, according tso the BBC.

The decade-long study led by professor Luciana Gatti, a researcher at Brazil’s National Institute for Space Research (INPE), measured carbon by flying airplanes equipped with carbon sensors over various parts of the forest every two weeks. The results, which have not yet been published, showed that around 20 percent of the forest, especially in the southeastern section, had become an emitter of greenhouse gases instead of a carbon sink, as The Inquistr reported.

The southeastern part of the forest, which has been heavily logged and clear-cut, seems to have lost its ability to absorb carbon, according to the BBC.

In recent years, millions of trees have been lost to logging or to wildfires. Growing trees absorb carbon from the atmosphere, while dead trees emit carbon. The rapid loss of young trees suggests that the Amazon rainforest may turn into a carbon source much faster than had been predicted, as the BBC reported.

Recently, the 2019 wildfires in Brazil released nearly 392,000,000 metric tons of CO2 in 2019. That is without all the final numbers from last year. The total carbon emissions from last year’s fires in Brazil’s were equivalent to more than 80 percent of Brazil’s 2018 greenhouse gas emissions, as Bloomberg reported.

“Each year is worse,” Gatti told the BBC’s Newsnight. “We observed that this area in the south-east is an important source of carbon. And it doesn’t matter whether it is a wet year or a dry year. 2017-18 was a wet year, but it didn’t make any difference.”

The future of the Amazon is troubling, as it could undergo a dramatic change to its landscape.

Carlos Nobre, who co-authored the study, called the observation “very worrying” because “it could be showing the beginnings of a major tipping point.” He added that the findings point to a trend where more than half of the Amazon could shift from rainforest into savanna in the next 30 years, as the BBC reported.

“[The Amazon] used to be, in the 1980s and 90s, a very strong carbon sink, perhaps extracting two billion tons of carbon dioxide a year from the atmosphere,” said Nobre to the BBC, who is also a researcher at the University of Sao Paulo’s Institute for Advanced Studies and Brazil’s leading expert on the Amazon. “Today, that strength is reduced perhaps to 1-1.2bn tons of carbon dioxide a year.”

That number does not account for deforestation and forest fires, which are both on the rise after Brazil’s president Jair Bolsonaro reversed efforts to crack down on clear-cutting the forest and opened up lands to loggers, ranchers and mining operations.

Another study, recently published by the Proceedings of the National Academy of Sciences, found that indigenous and protected lands only account for only 10 percent of that Amazon’s carbon emissions across the nine countries that the forest spans, as Reuters reported.

While the researchers touted the indigenous lands for helping to combat the climate crisis, they see trouble on the horizon.

“What we find is that from a carbon standpoint, protected land and indigenous territories are doing a tremendous job in buffering against losses, particularly losses associated with deforestation,” said Wayne Walker, a scientist at the Woods Hole Research Center, a U.S. climate science institute, and lead author on the study, to Reuters.

Despite efforts from indigenous communities to protect the rainforest, Nobre sees a tipping point fast approaching.

“In our calculations, if we exceed that 20-25 percent of deforestation, and global warming continues unabated with high emission scenarios, then the tipping point would be reached,” said Nobre to the BBC. “Today we are at about 17 percent.”