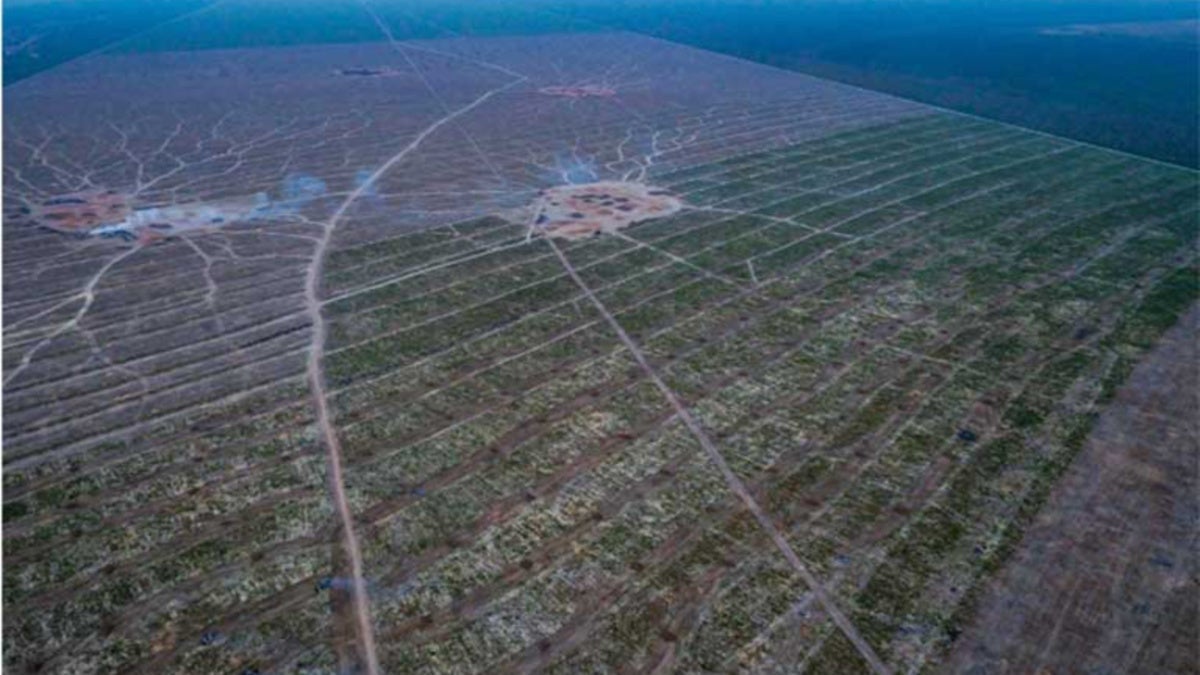 The vast scale of native vegetation clearance for industrial soy cultivation in Brazil is apparent in this aerial image of the Cerrado. Jim Wickens Ecostorm / Mighty Earth (2017)

A first ever study has provided detailed estimates of greenhouse gas emissions across the entire soy producing agribusiness sector in Brazil. The study, published in the journal Global Environmental Change, found that countries and companies in the European Union and China importing soy from Brazil have driven deforestation there, causing a marked increase in greenhouse gas emissions, particularly when the soy came from certain regions.

While deforestation in the Amazon rainforest has garnered global attention, a new wave of precipitous native vegetation loss is being seen in the Cerrado, Brazil’s savanna biome, and is a major cause of concern to climate change researchers. Brazil’s Cerrado grasslands are being cleared of forest at an alarming rate to expand soy plantations — along with ranches — to meet global demand.

In fact, soy exported from newly cleared lands in some savanna municipalities caused the release of as much as 200 times more greenhouse gas emissions than soy coming from other parts of Brazil, according to the new study, which was conducted by researchers from Germany, together with partners from Spain, Belgium and Sweden.

The extreme regional disparities in emissions from different parts of the country came as a surprise to the researchers, and could offer a detailed map to policymakers as to where to focus carbon emission reduction efforts to achieve the greatest benefit.

“One of the big takeaways: there is no average supply chain for soy exports from Brazil. We need to take into account these [major] regional differences,” in deforestation, transportation infrastructure, and resulting emissions, said Dr. Neus Escobar, the study’s lead author and a post-doctoral researcher at the University of Bonn in Germany. 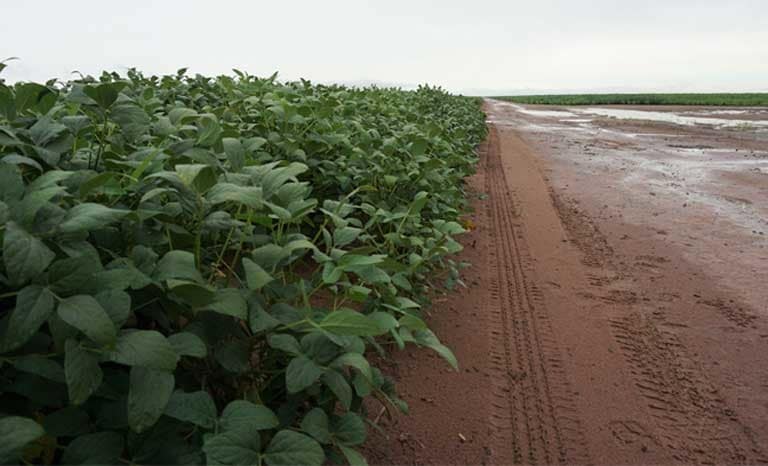 A soy plantation in the Brazilian Cerrado. Alicia Prager / Mongabay.

The new Brazil-wide soy dataset also offers insights into how countries and companies contribute to carbon emissions via deforestation occurring in Brazil. The information could help nations and the soy commodities industry reduce deforestation, and thereby emissions, by fine tuning their supply chains, purchasing decisions and climate change mitigation plans.

“This gives crucial information to stakeholders to improve environmental performance,” Escobar added in an interview with Mongabay. Companies importing Cerrado soy now have been alerted that deforestation there is producing high greenhouse gas emissions, so they can work actively with soy producers to avoid clearing new land for Cerrado plantations, she said.

But per unit of soy, Europe’s carbon footprint from Brazilian imports is larger than China’s, the study said. European Union imports were also more likely to cause new deforestation (causing more recent carbon releases), compared to imports from China.

“This [finding] is surprising because China is a much bigger [soy] importer,” Javier Godar, a study co-author and senior researcher at the Stockholm Environment Institute said in an interview with Mongabay. “In the end, Europe is importing a bit more carbon dioxide emissions associated [with] deforestation embedded in soy [production] than China.”

That’s because much of the soy consumed in EU countries like Spain and Germany comes from the northern Cerrado where current rates of deforestation are especially high now, Godar explained. China, on the other hand, imports most of its Brazilian soy from the southern Cerrado, which has already converted a lot of its native vegetation to croplands. 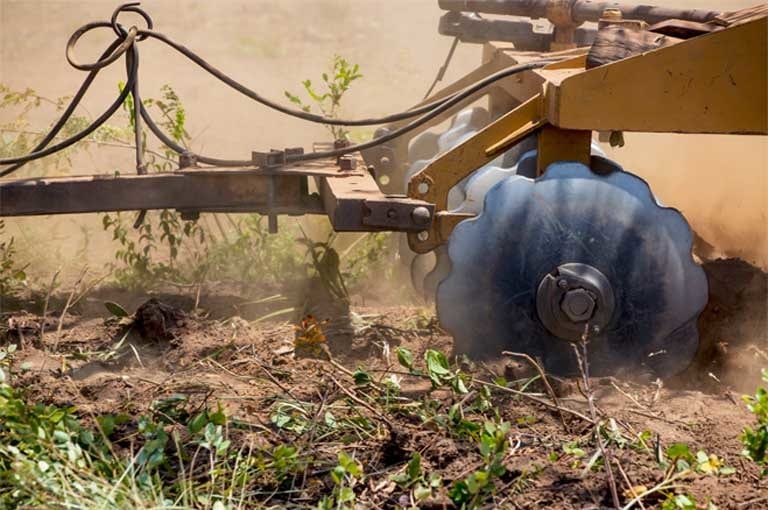 Lucia von Reusner, campaign director at Mighty Earth, a U.S.-based environmental NGO, said the study is crucial for highlighting deforestation risks in Brazil’s Cerrado. “It’s one of the world’s most biodiverse savannas and a huge concern for people who care about some of the world’s most beautiful and threatened species.” Also, “Deforestation is one of the biggest drivers of climate change.”

The region has been dubbed an “underground forest” due to the complex root systems of shrubs and small trees, which retain soil and sequester tremendous sums of carbon, she added in an interview with Mongabay. “When the soy industry moves in, all of that is ripped up and burned. All the carbon stored in the roots, trees and soils is burned and released into the atmosphere.”

The Cerrado, dubbed “Brazil’s last agricultural frontier” has some of the highest deforestation rates in Latin America, von Reusner said, with only 50% of its native vegetation remaining. The greatest CO2 emissions occurring in the Cerrado during the 2010-15 study period arose in the so-called MATOPIBA region, comprising the states of Maranhão, Tocantins, Piauí, and Bahia. Though the study offered no current deforestation or carbon emission data, MATOPIBA continues to be an agribusiness powerhouse today, a center of soy production and deforestation. 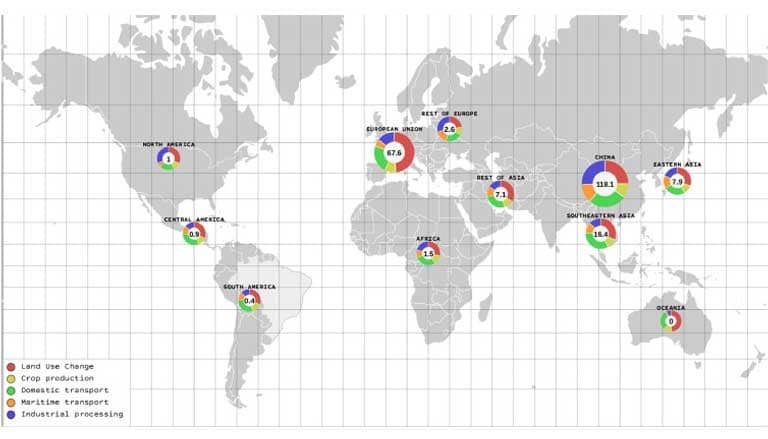 The study is the first to provide an estimate of greenhouse gas emissions across the entire soy sector in Brazil with such a high level of detail. To come to their conclusions, researchers analyzed data from 90,000 different soy supply chains between 2010 and 2015.

Soy is the most internationally traded agricultural commodity on earth, so analyzing data and strategies to reduce its impact on climate change is crucial for policymakers who want to preserve forests while simultaneously reducing emissions.

“This study does a good job in noting where along the supply chain we can pinpoint to reduce emissions,” said University of California, Santa Barbara, land systems scientist Robert Heilmayr. He researches deforestation in Brazil and was not involved in the recent study.

The depth of the paper’s data helps underscore how the Cerrado is “a new frontier in deforestation,” he added, and establishes the importance of including the savanna in any plan to cut greenhouse gas emissions, as compared to other soy producing regions of Brazil.

In the Amazon rainforest, a moratorium on clearing new lands for soy was launched in 2006, which greatly reduced the conversion of rainforests to make way for new soy plantations. The moratorium continues to work, though Amazon deforestation is increasing due to intense cattle ranching and mining pressures. One study found that the slowing of soy growth in Amazonia, merely shifted and intensified soy production in the Cerrado.

Extending the Amazon Soy Moratorium into the Cerrado, via the so-called Cerrado Manifesto or other initiatives — something transnational commodities companies have strongly resisted — could help reduce deforestation related to soy there, Heilmayr and others contend. 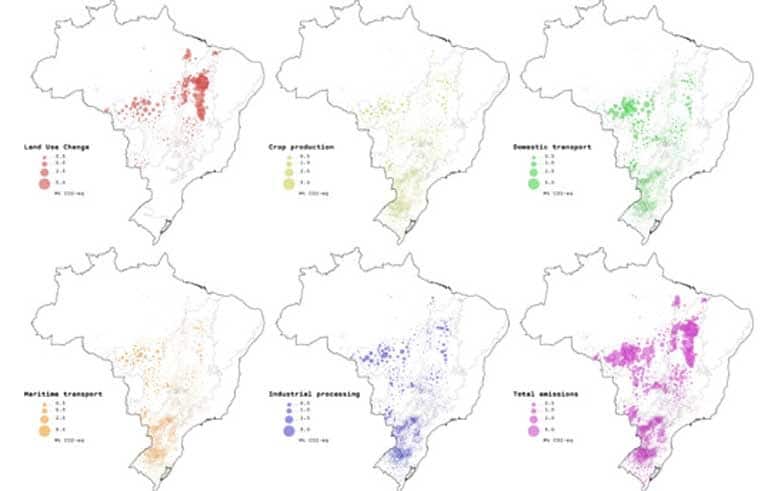 Data was gathered from 90,000 soy supply chains and shows how the amount of greenhouse gases released from soy production, processing and export varies between Brazilian municipalities, and from year to year. This map indicates carbon dioxide emissions from soy exports from around Brazil between 2010-15. Escobar, N. et al.

Deforestation isn’t the only cause of soy-related emissions, Escobar explained. Transportation of soy from remote rural production areas to the South American coast especially by truck is another significant driver of carbon emissions.

In some inland communities in Brazil’s center-west region, where poor infrastructure means soy needs to be trucked over long distances, transportation accounts for about 60% of total carbon emissions, especially from export-oriented municipalities in Goiás and Mato Grosso states. This has in part justified vigorous efforts to construct less carbon intensive rail lines and industrial waterways connecting Brazil’s interior with its coastal ports — though environmentalists worry about the deforestation such infrastructure might bring with it.

The global trade in agricultural food products more than doubled between 2000 and 2015, from US0 billion to over US,300 billion, according to data from the U.N.’s Food and Agriculture Organization (FAO). But most of the soy exported from Brazil isn’t actually eaten by people, explained Reusner; it’s primarily used for animal feed or biodiesel.

To produce enough food for a growing global population, she said transnational companies should incentivize producers to not clear forests for new plantations, but plant soy on land that’s already been degraded. Studies have shown that Brazil has plenty of degraded land to meet global commodity demands, without causing any new deforestation.

“There is enough degraded land across Latin America to meet the needs of global markets to avoid compromising some of our last remaining ecosystems,” she said.