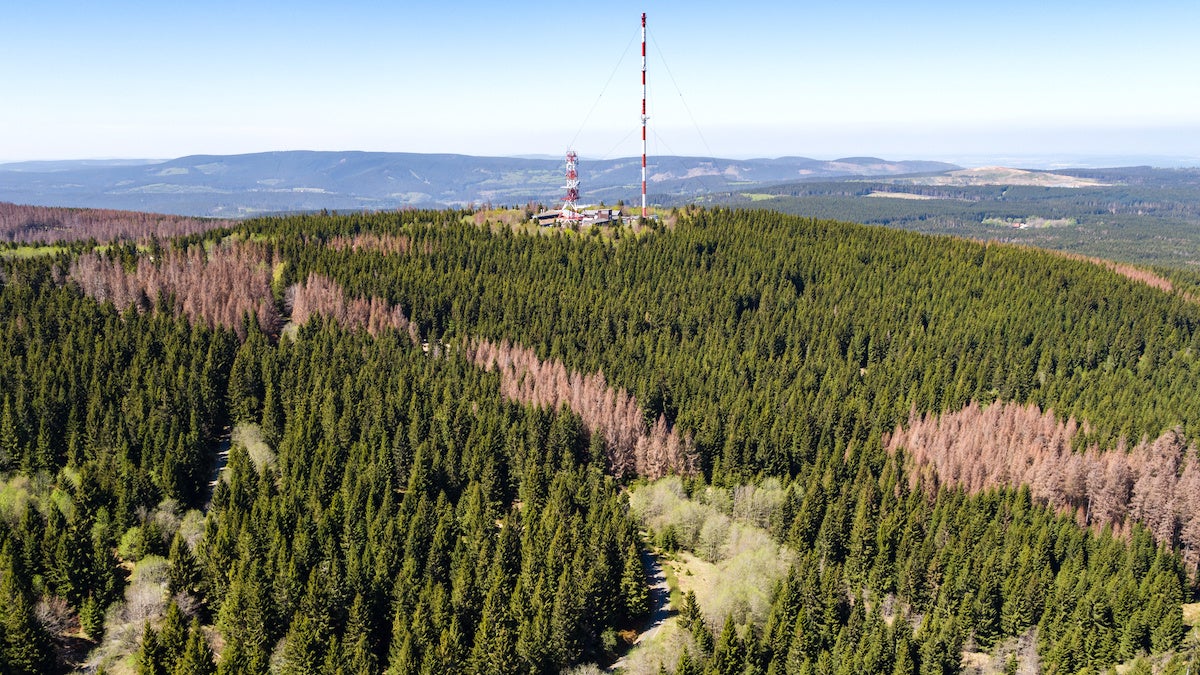 More than a third of the world’s old growth forests died between 1900 and 2015, a new study has found.

In the study, published in Science Friday, nearly two dozen scientists used satellite data combined with more than 160 previous studies to show that deforestation and the climate crisis are killing off older, taller trees and leaving forests younger and shorter, National Geographic explained. And the trend is likely to continue.

“We will see fewer forests,” University of Wisconsin forest ecologist and study coauthor Monica Turner told National Geographic. “There will be areas where there are forests now where there won’t be in the future.”

The study was led by Nate McDowell of the U.S. Department of Energy’s Pacific Northwest National Laboratory (PNNL), who explained why this change was such a big deal.

“A future planet with fewer large, old forests will be very different than what we have grown accustomed to,” he said in a PNNL press release. “Older forests often host much higher biodiversity than young forests and they store more carbon than young forests.”

Old growth tree loss is being driven by a number of factors, many of them linked to the climate crisis in some way. Warmer temperatures limit photosynthesis, both stunting and killing trees. Increased droughts both kill trees directly and lead to attacks by insect pests. Wildfires and infestations by insects, fungi and choking vines are all on the rise. Humans have also killed old growth trees more directly by chopping them down.

Known as deforestation, the phenomenon has led to an imbalance of three important characteristics of a diverse and thriving forest: (1) recruitment, which is the addition of new seedlings to a community; (2) growth, the net increase in biomass or carbon; and (3) mortality, the death of forest trees.

“Mortality is rising in most areas, while recruitment and growth are variable over time, leading to a net decline in the stature of forests,” McDowell said.

While previous scientists had predicted increased carbon dioxide would lead to more tree growth, McDowell’s team found this was only the case in younger forests with lots of nutrients and water. Otherwise, he explained to National Geographic, hotter temperatures reduce moisture, causing trees to shed leaves and close pores to retain water, which makes it harder for them to absorb carbon dioxide.

“[It’s like] going to an all-you-can-eat buffet with duct tape over their mouths,” he said.

Tree loss is truly a worldwide problem. In the Western U.S., Canada and Europe, where data is most abundant, the rate of tree death has doubled in the last four decades, and older trees have disproportionately been affected. Worldwide, humans have cut down 12 percent of the world’s forests since 1900, and the proportion of the world’s forests that are more than 140 years old has declined from 89 to 66 percent during that time, The Guardian reported.

“When old trees die, they decompose and stop sucking up CO2 and release more of it to the atmosphere,” McDowell told National Geographic. “It’s like a thermostat gone bad. Warming begets tree loss, then tree loss begets more warming.”

However, professor Simon Lewis of University College London, who was not involved in the study, pointed out that while forests are getting younger on average, some crucial old growth forests are actually increasing their area.

“The world’s intact tropical and boreal forests are both globally important as carbon sinks, and are getting larger,” he told The Guardian. “The world’s forests currently slow climate change, and while future mortality trends could reverse this, the ideas in the new report don’t change what the world needs to do: stabilise the climate by quickly driving fossil fuel emissions to zero and protect the world’s forests.”