ACTION: Tell Your Senators to Vote No on Keystone XL Today 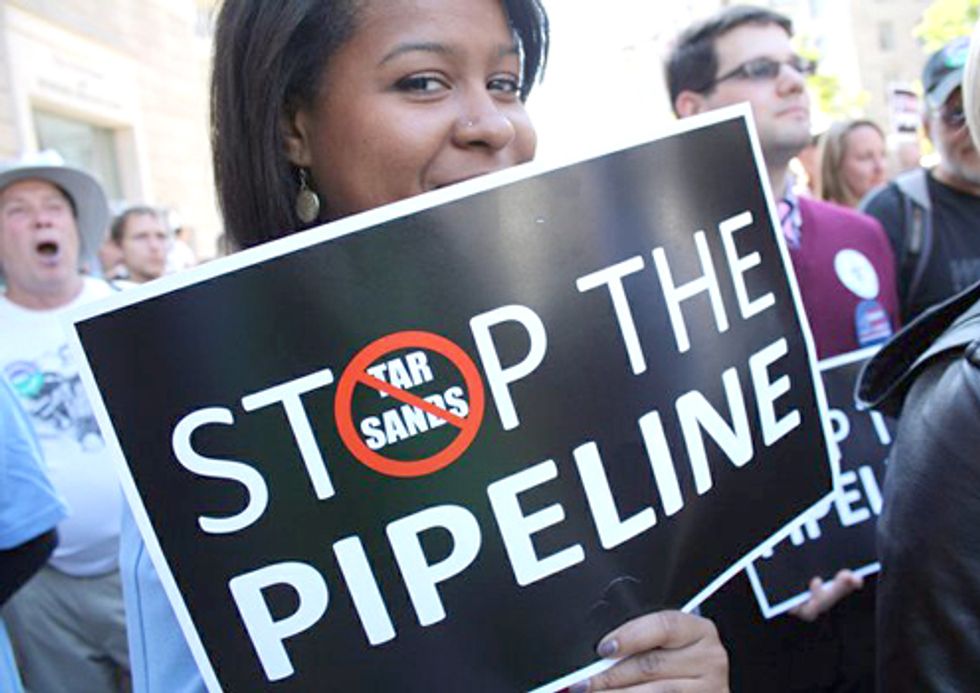 By now I'm sure you have some idea what I'm writing about—the Senate is still up to no good with the Keystone XL tar sands pipeline, and we need to remind them that this pipeline must be stopped. It looks like the big vote that we thought would come a week or two ago is happening today or tomorrow.

You've gotten a few emails from me about this over the past few weeks, so I'll keep it as short as possible. We’re in a good position overall—there’'s a lot of money on the other side of this fight, but a lot of energy and resolve on ours.

This is the first time that the pipeline has had an up or down vote in the Senate. If we can block Keystone on this vote, we will be in a much stronger position to keep it bottled up in the future.

I was hoping you could send a strong message to your Senators to put a nail in the coffin of this project. There are two ways you can send a message:

One, you can make a call—just click here to get your Senators' phone numbers.

Also, this won't be just a virtual effort either. 350.org activists will be all over Capitol Hill today with our big pipeline in tow, and in the Halls of Congress as well, putting the pressure on wavering Senators by getting them on record before the vote.

We’ve been hammering away at the Senate over Keystone XL for a few months now, and while it’s incredibly important that we do everything we can to win this fight, that’s not all that’s in store for the climate movement in the U.S. this spring. Keep an eye out for an email from 350.org about a few big projects that we’re almost ready to unveil.

To wrap this up quickly—Thank you.

P.S.—One of the big lessons from the fight against Keystone XL is that direct action and civil disobedience can have a huge impact. Earlier this week a group of Lakotas were arrested blocking tar sands pipeline trucks from entering their territory. Read more about their action here and get ready for some more exciting actions coming up over the coming months