A Victory for Oregon Forests and Wildlife in Federal Court 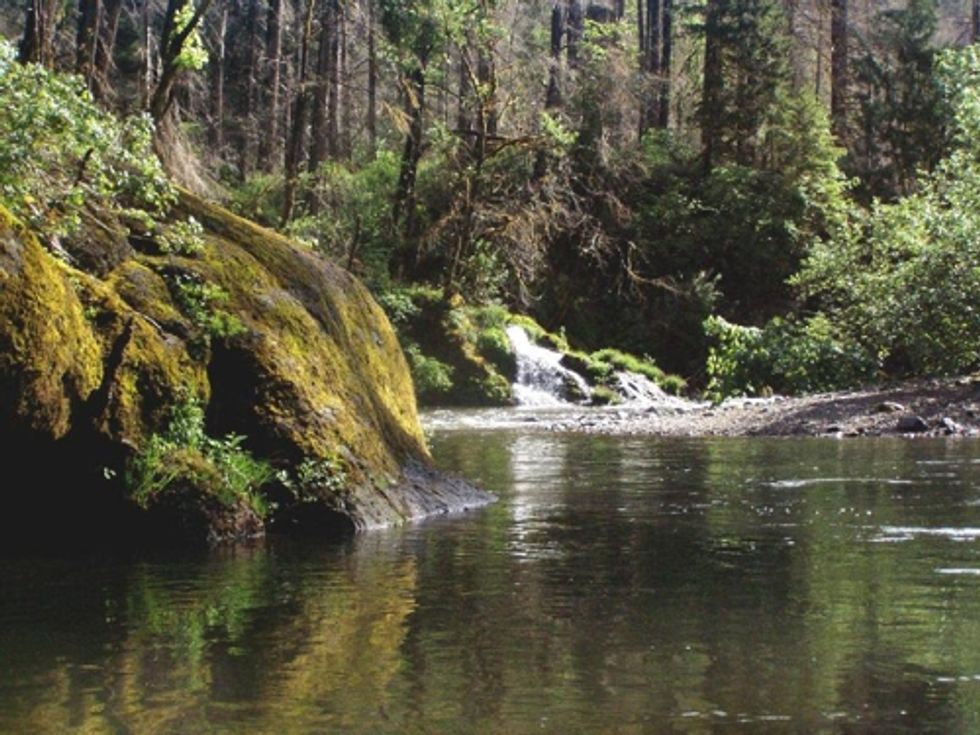 People throughout the West are celebrating a Sept. 29 federal court ruling that recommends striking down a plan that abandoned scientific protections for federal public lands in western Oregon and would have opened up those lands to outdated boom-and-bust logging.

The Bush-era plan, called the Western Oregon Plan Revision (known as WOPR and pronounced “whopper”) would have dramatically increased logging on about 2.6 million acres of federal public forests in Oregon managed by the Bureau of Land Management (BLM).

The ruling came in response to a lawsuit filed by Earthjustice and Western Environmental Law Center on behalf of eight conservation and commercial fishing organizations.

“The judge confirmed what everyone’s been saying for years—that BLM took an illegal short cut to avoid scientific scrutiny of its plan,” said Kristen Boyles, an attorney with Earthjustice. “This decision will finally clear the decks of the flawed WOPR process, return these public forests to scientifically sound management, and let us move forward with both timber harvest and environmental protection.”

The ruling by U.S. Magistrate Judge Dennis Hubel found that WOPR was finalized without the required evaluation of federal fish and wildlife scientists on its impacts on threatened and endangered species. Judge Hubel recommended that WOPR be vacated, a ruling that would put the standards and requirements of the Northwest Forest Plan back into place. Judge Hubel’s decision isn't final. There will be a brief period of time for the parties to raise any objections before a separate, reviewing district court judge.

“Protecting these forests is key to recovering Oregon salmon and steelhead," said Chris Frissell, director of science and conservation for Pacific Rivers Council. “BLM’s original decision to issue WOPR was a legal and scientific mistake that we’ve finally been able to undo.”

“This should be the final chapter in the WOPR saga and open the door to balanced forest management,” said Joseph Vaile of Klamath-Siskiyou Wildlands Center. “These public forests protect our climate, produce clean water and sustain world class salmon runs and recreational opportunities that contribute to Oregon’s diverse economy.”

WOPR has been controversial since 2003, when the Bush administration settled a long dormant timber industry lawsuit with the promise to issue a new plan that dramatically increased logging. WOPR was issued in late December 2008. It was administratively withdrawn in 2009 by the Obama administration, but earlier this year, a federal court in Washington, D.C. ruled that the withdrawal was invalid—a decision that reinstated the original WOPR plans. The Sept. 29 decision addresses the substance of WOPR for the first time. In the Portland court, lawyers for BLM agreed that the logging plan illegally ignored requirements designed to protect endangered species and their forest habitat.

“It’s a good day for commercial fishing families and all the businesses up and down the Oregon coast that depend on our salmon, clean water and fresh air,” said Glen Spain of Pacific Coast Federation of Fishermen’s Associations. “WOPR was always a bad idea and would have been disastrous for our industry and our jobs.”

“Old growth forests with clean healthy streams drive Oregon’s economic engine and prosperity,” said Doug Heiken of Oregon Wild. “With WOPR and its flawed premises out of the way, we can fully commit to restoration thinning of these forests in a way that is supported by sound science and that protects the water, air, fish and wildlife.”