A (Pipe)line Even Chevron Won’t Cross 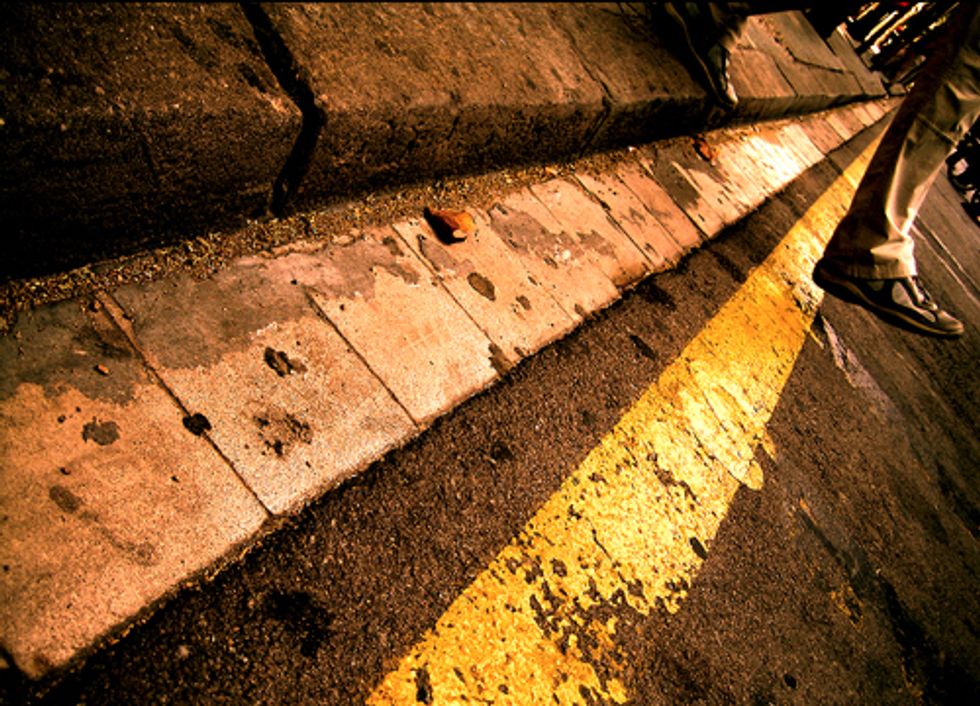 It was one of those infrequent eye-openers that went largely unnoticed. On March 13, 2012 Chevron submitted an emergency motion to the Federal Energy Regulatory Commission, raising “serious environmental concerns” with a planned natural gas pipeline that is charted to run across land belonging to Chevron’s subsidiary, Texaco. The 16 mile long pipeline, proposed by Spectra Energy, is slated to bring fracked gas from New Jersey, across Texaco’s property in Bayonne, under the Hudson River and into the West Village in Manhattan. Now it seems that one of the dirtiest industries on Earth is siding with environmentalists who have been raising concerns for months about the adverse impacts of the Spectra pipeline.

Chevron is a company that has engaged in some of the most horrific environmental and human rights crimes across the planet. In Ecuador they poisoned Amazonian rainforest communities with hundreds of unlined oil pits and billions of gallons of poisonous sludge poured into local water sources. In Nigeria, Chevron has been linked to the deaths of indigenous activists who were against irresponsible oil production in the countryside. And just last week in Brazil, Chevron executives had their passports confiscated by a judge so they couldn’t flee the country after Brazilian prosecutors laid criminal charges arising from an oil spill. This is a company that sees the environment merely as a convenient place to dump its wastes, where every pristine land mass is a landfill in waiting and every waterway an opportunity to dilute their toxics. If Chevron has environmental concerns about a project, then you know that truly unmitigated devastation of biblical proportions is imminent. The end may truly be near.

Chevron’s issue with the Spectra project is related to the release of benzene, a known human carcinogen, into the surrounding waterways and communities should the pipeline be built as planned. Of course, Chevron doesn’t really care about the ecological impacts of the Spectra pipeline—they’re concerned with their own liability for the additional releases of benzene from the highly polluted parcel of land they own that the pipeline would bring. Predictably, they’re not looking out for the environment, they’re looking out for their pocketbook. It just happens to be one of those very rare moments when corporate greed and community health happen to overlap.

Nevertheless, Chevron’s concerns add to a long list of environmental and public health problems cited by environmental groups and community members who have been opposing the Spectra pipeline since its inception. The pipeline will cut through some of the most heavily industrialized and densely populated areas of New Jersey and New York—areas that already bear a disproportionate share of environmental burdens. The impact from construction activities alone will expose members of these communities to increased levels of health-damaging particulate matter in an area that is chronically in Non-Attainment for the Clean Air Act’s ambient air quality standards for PM2.5. Construction of the pipeline will also potentially impact numerous freshwater wetlands and other waterbodies and the species they support, in addition to disturbing already contaminated areas and thereby raising the potential for further exposing these communities to harmful contamination. Moreover, the operation of the pipeline in the midst of vulnerable communities increases the risk of exposure to hazardous air pollutants.

FERC, the federal agency that licenses and approves the Spectra pipeline, has been ignoring numerous concerns raised by the local and environmental communities. Just three days after Chevron filed its emergency request to halt the pipeline, FERC issued the final Environmental Impact Statement greenlighting the project. Given the agency’s willingness to kowtow to the big energy industries, one can only assume that Chevron’s request and FERC’s approval must have crossed in the mail. Whatever the case, this may be the only time in life I ever root for Chevron.

The Spectra pipeline is an accident waiting to happen in one of the most heavily populated regions of the country. In addition, it’s being proposed to help facilitate the devastating practice of gas fracking in the Marcellus shale region. The environmental impacts of the project are undeniable. If you don’t believe the environmentalists, just ask Chevron.