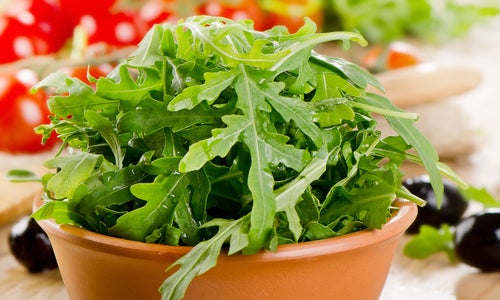 Arugula’s aromatic, peppery flavor adds a wonderful dimension to a salad, to your health and maybe even your sex life. 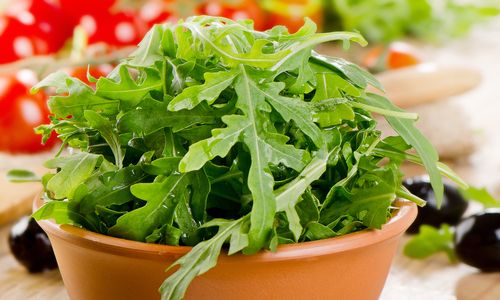 Arugula has been used as an aphrodisiac since the first century. Photo courtesy of Shutterstock

Arugula is also known by other names such as salad rocket, garden rocket, roquette, rucola, rugula or colewort. The scientific name of arugula is Eruca sativa.

“Arugula is an elixir that gives flavor to life.”

Arugula is one of the brassica family vegetables along with broccoli, cauliflower and cabbage. These vegetables are high in fiber and antioxidants, and also rich in glucosinolates, which studies show may reduce the risk of developing lung, prostate, breast and pancreatic cancer.

Chlorophyll can help to prevent liver and DNA damage from aflatoxins. To get the most chlorophyll in arugula, it is best to eat it raw.

Arugula is composed of 90 percent water. That’s why it’s a perfect hydrating and cooling food in the summer.

5. Helps Reduce Inflammation in the Body

It contains indole-3-carbinol and isothiocyanates, which have been shown to suppress the production of inflammation in the body.

6. Cleanses and Detoxifies the Body

The fiber content helps clean out the colon promoting healthy bowel movements. The phytochemicals, antioxidants and essential minerals found in arugula help cleanse out toxins in the body.

Arugula is high in most B vitamins but contains especially high amounts of folate. In high-functioning older adults, low levels of folate have been shown to be a risk factor for cognitive decline.

Arugula in your diet can benefit you with so many nutrients. The extra benefit is that two cups contain only 80 calories, making it a good choice for those on a diet.

Arugula has used as an aphrodisiac since the first century. Research has shown us that the trace minerals and antioxidants in dark, leafy greens are essential for our sexual health. They help block environmental contaminants which are thought to be negative to our libido.

A study, published March 2013 in the journal of Al-Nahrain University, found that arugula leaf extracts boosted testosterone levels and sperm activity in mice. The results suggest that the phytochemicals and/or nutrients in arugula may have aphrodisiac properties.

“The rocket excites the sexual desire of drowsy people.”

—From a poem by Virgil, one of Rome’s greatest poets

Tips for Eating or Cooking: 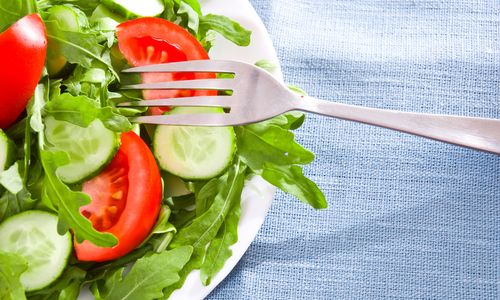 Arugula is high in most B vitamins but contains especially high amounts of folate. Photo courtesy of Shutterstock

Please Note: Arugula is relatively lower in oxalate content than spinach, purslane, mustard greens, celery, etc. The greens can be safely used during pregnancy and lactation.

My Favorite Arugula Recipes:
Arugula Pesto: This tasty recipe achieves a cheesy flavor without dairy.
Quinoa Arugula Salad: Full of protein from the quinoa and pumpkin seeds, this can be a meal all by itself.
featuredfoodhealthtips
EcoWatch Daily Newsletter
Related Articles from EcoWatch
Health + Wellness