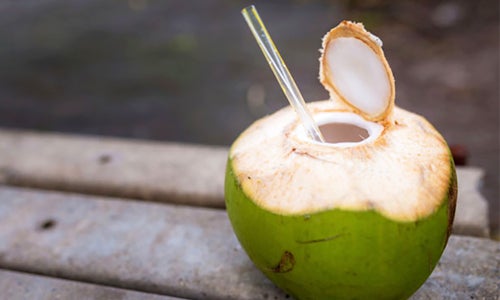 It is tasty, refreshing and also happens to be very good for you. 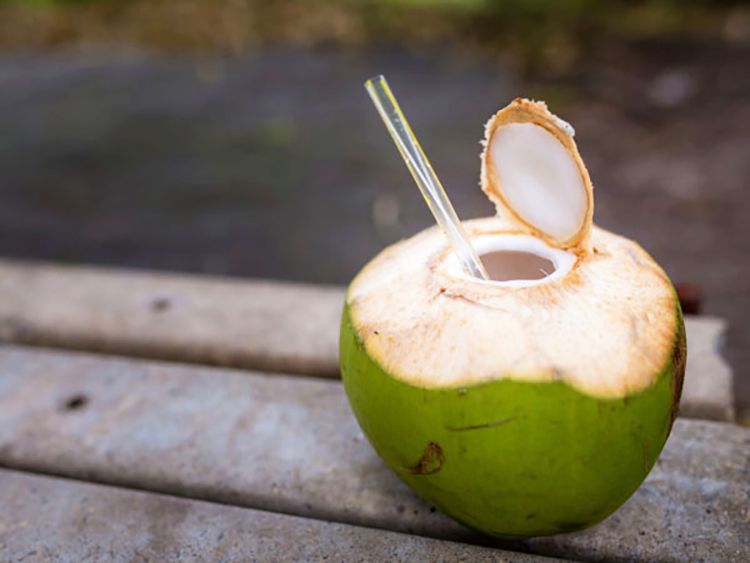 It is loaded with several important nutrients, including minerals that most people don’t get enough of.

Coconuts grow on large palm trees known scientifically as Cocos nucifera. Despite the name, the coconut is a fruit rather than a nut.

Coconut water is the juice found in the center of a young, green coconut. It helps nourish the fruit.

As the coconut matures, some of the juice remains in liquid form, while the rest ripens into the solid white flesh known as coconut meat (1).

Coconut water is produced naturally in the fruit and contains 94 percent water and very little fat.

CCIt should not be confused with coconut milk, which is made by adding water to grated coconut meat. It contains about 50 percent water and is very high in coconut fat.

An average green coconut provides about 0.5-1 cups of coconut water.

Bottom Line: Coconut water is found in young coconuts and is a good source of fiber, vitamin C and several important minerals.

2. May Have Antioxidant Properties

Free radicals are unstable molecules that are produced in your cells during metabolism. Their production increases in response to stress or injury.

When there are too many free radicals, the body is said to be in a state of oxidative stress, which can damage cells and increase the risk of disease (3).

Research on animals exposed to toxins has shown that coconut water contains antioxidants, modifying free radicals so they no longer cause harm (4, 5, 6, 7).

One study found that rats with liver damage showed significant improvement in oxidative stress when they were treated with coconut water, compared to rats that received no treatment (6).

In another study, rats were fed a high-fructose diet and then treated with coconut water. Free radical activity decreased, as well as blood pressure, triglycerides and insulin levels (7).

So far, no studies have investigated this antioxidant activity in humans.

3. May Have Benefits Against Diabetes

Research has shown that coconut water can lower blood sugar levels and improve other health markers in diabetic animals (8, 9, 10).

The same study also found that the rats had lower levels of hemoglobin A1c, a measure of long-term blood sugar control (9).

Another study found that providing the water to rats with diabetes led to improvements in blood sugar levels and reductions in markers of oxidative stress, including malondialdehyde (MDA) (10).

However, controlled studies need to confirm these effects in humans.

Nevertheless, with three grams of fiber and a digestible carb content of only six grams per cup, coconut water can easily fit into a diabetic meal plan.

In addition, it is a good source of magnesium, which has been shown to improve insulin sensitivity and decrease blood sugar levels in people with type 2 diabetes and prediabetes (11, 12).

Although plain water is a great choice, one study suggests that coconut water may be even better.

Kidney stones form when calcium, oxalate and other compounds combine to form crystals in the urine (13).

These can then form stones. However, some people are more susceptible to developing these stones than others (13).

In a study on rats with kidney stones, coconut water was found to keep crystals from sticking to the kidneys and other parts of the urinary tract. It also reduced the number of crystals formed in the urine (14).

The researchers believe that it helped reduce free radical production that occurred in response to high oxalate levels in urine.

However, this is the first study that has investigated coconut water’s effects on kidney stones and more research is needed in this area.

In one study, rats that consumed coconut water had reductions in blood cholesterol and triglycerides. They also experienced significant decreases in liver fat (15).

The same researchers conducted another study, in which rats were fed a similar diet and treated with the same dosage (4 ml/100 g of body weight) of coconut water.

After 45 days, the coconut water group had a reduction in cholesterol and triglyceride levels that rivaled the effects of a statin drug used to lower cholesterol (16).

However, it’s important to note that this was a very large dose. In human terms, it would be equivalent to a 150 lb (68 kg) person consuming 91 oz (2.7 liters) of coconut water per day.

Nevertheless, the finding that it reduced cholesterol as effectively as a statin drug is very impressive and should be further investigated.

It may be also be a great beverage for keeping blood pressure under control.

One small study gave coconut water to people with high blood pressure. 71 percent experienced significant improvements to systolic blood pressure, which is the higher number of a blood pressure reading (17).

Additionally, it contains an impressive 600 mg of potassium in 8 oz (240 ml). Potassium has been shown to lower blood pressure in people with high or normal blood pressure (18, 19).

What’s more, one animal study found that coconut water has anti-thrombotic activity, which means it should help prevent the formation of blood clots (8).

Coconut water may be the perfect beverage for restoring hydration and replenishing electrolytes lost during exercise.

Electrolytes are minerals that play several important roles in the body, including maintaining proper fluid balance.

They include potassium, magnesium, sodium and calcium.

However, another study comparing high-electrolyte beverages found that coconut water tended to cause the most bloating and stomach upset (22).

Bottom Line: Coconut water is effective at replenishing fluids and electrolytes after exercise. It is comparable to other sports beverages.

The water is freshest when it comes directly from the coconut. Simply press a straw into the soft part of a green coconut and start drinking.

Store the coconut in the refrigerator and consume it within two to three weeks of purchase.

You can also buy bottled coconut water at most grocery stores.

However, be sure to read the ingredients list to verify you’re getting 100 percent coconut water. Some bottled brands contain added sugar or flavoring agents.

It can be used in smoothies, chia seed pudding, vinaigrette dressing or substituted for plain water whenever you want a bit of natural sweetness.

Bottom Line: Coconut water can be consumed directly from green coconuts or in bottles. Avoid brands with added sugar, sweeteners or flavors.

Coconut water is a delicious, nutritious and natural beverage that is extremely good for you.

Although controlled studies are needed to confirm many of these benefits, the research to date is encouraging.

Bananas: Are They Fattening or Will They Help You Lose Weight?