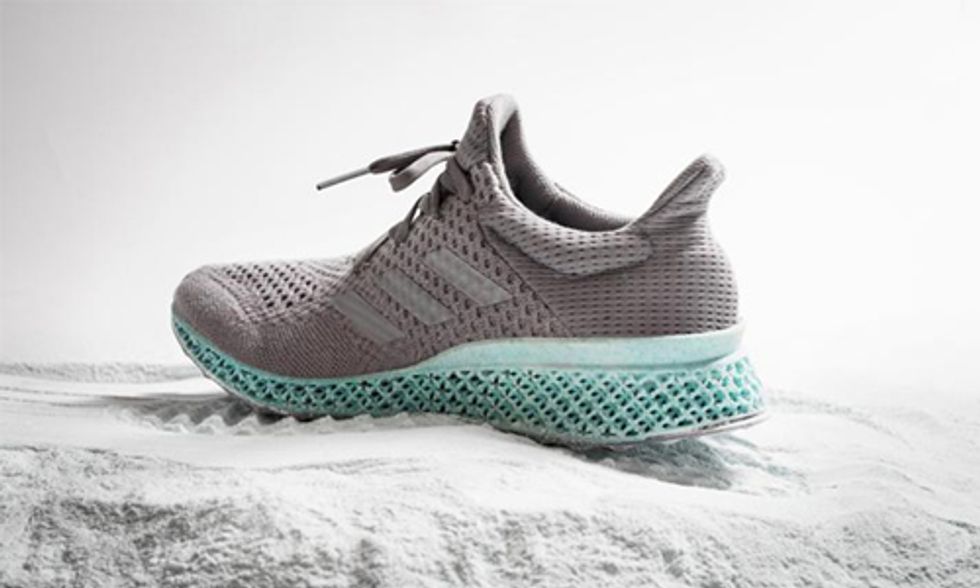 Scientists estimate that more than 5 million pieces of plastic are floating in the world’s oceans. From flip-flops to microbeads, this pollution poses a serious risk for marine animals, which often mistake plastic for food and starve to death or get caught in plastic packaging and suffocate. Giant plastic islands like the Great Pacific Garbage Patch can span for miles.

Scientists estimate that more than 5 million pieces of plastic are floating in the world’s oceans. Photo credit: iStock / Fergregory

Since it’s too late to stop that trash from entering the seas, the question is how do we clean it up? Here are some creative ideas.

Activewear companies are known for using synthetic fibers and plastics in their products to make them more durable. Alongside Patagonia and Nike, sportswear giant Adidas will start showcasing sleek, ocean-friendly designs. Last year, Adidas partnered with Parley for the Oceans, an organization that provides a platform for designers, to focus on creating inventive, sustainable new products. The Adidas x Parley, which hits the market later this year, will be made from recovered ocean plastic, run through a 3-D printer to create a stylish running shoe.

Buying six-packs of soda can have a deadly effect on sea turtles, seals and seabirds—even if you recycle the cans. The plastic rings that hold the cans together can get tangled on an unsuspecting animal’s neck or accidentally eaten, which can kill an animal or stunt its growth. Enter the Edible Six Pack Ring, a potential replacement for its plastic cousin. Created by Saltwater Brewery in Florida, these digestible rings are made from barley and other natural materials, so they are biodegradable and sea life can safely eat them. We’ll drink to that!

Pharrell Williams might not be the first person who comes to mind when you think about green innovations, but the singer turned fashion designer is making waves in the world of ecofriendly fashion. Williams’s newly released clothing line, RAW for the Oceans, is helping turn ocean plastic into wearable fashion. The line is part of his larger G-Star RAW clothing collection, which is made using a four-step process that takes plastics found along shorelines worldwide and breaks them down into a weavable clothing fiber called Bionic Yarn, a product cofounded by Williams. The music star’s new ocean-centric line includes trendy jeans, graphic tees and modern kimonos.

Trash may be turning our oceans into a deadly plastic soup, but SPARK, an international architectural design firm is looking to turn this polluting mess into something beautiful. The company hopes to repurpose plastic ocean garbage into brightly colored, solar-powered beach huts along Singapore’s East Coast Park. The huts will utilize high-density polyethylene plastic—known for its flexibility—from the South Pacific Garbage Patch to create the “scales” that make up each hut’s outer shell. The artichoke-shaped structures are designed to perch atop recycled-glass stems so that future beach campers can look out across a (hopefully) cleaner ocean.

The cleaning-products company Method offers an ocean plastic dish and hand soap that is doing double-duty against pollution. Method recovers plastic from the ocean, prevents the creation of new plastic by recycling and helps clean shorelines, including removing over one ton of plastics from Hawaii’s beaches. Plus, its soaps are largely biodegradable and its factory uses wind energy to power production. Once a limited-time product, Method’s ocean-plastic bottles are now available across the country.