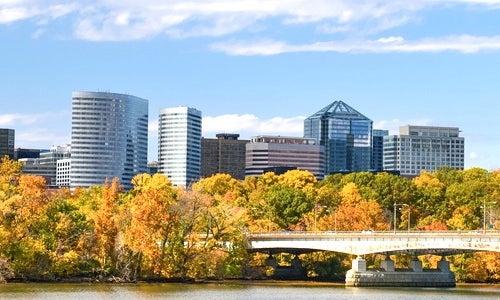 Work takes a lot of energy, and we mean that quite literally. Commercial buildings are responsible for the largest slice of carbon emissions for most metropolitan areas, according to the U.S. Environmental Protection Agency (EPA). In fact, commercial buildings in New York City are responsible for a stunning 80 percent of the city’s carbon emissions. 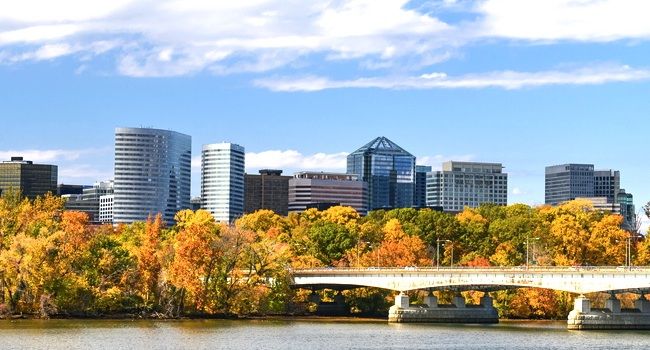 Energy use in commercial buildings accounts for 17 percent of greenhouse gas emissions, according an EPA official. But the buildings in the city pictured above have taken huge strides to slash emissions.

However, many cities are taking efforts to green up their buildings. There are now more than 25,000 commercial buildings across the country that have earned Energy Star certification, a strict energy performance standard set by the EPA. On average, Energy Star buildings use 35 percent less energy and are responsible for 35 percent fewer emissions than typical buildings.

Some cities have more efficient buildings than others and every year the agency ranks the metropolitan areas with the most Energy Star buildings in the past year. So which city came out on top?

Move over, Los Angeles. LA had topped the list for six consecutive years after the program launched in 2009, but a new two-lettered city claims this year’s crown after five straight years in second place: Washington, DC.

The nation’s capital boasts 480 Energy Star certified buildings, edging out the City of Angels’ still-impressive 475. All told, DC’s Energy Star buildings have saved $127.1 million in utility bills and the equivalent electricity use of 73,500 homes, according to this Energy Star graphic that ranks this year’s top 10 cities with the most efficient buildings: 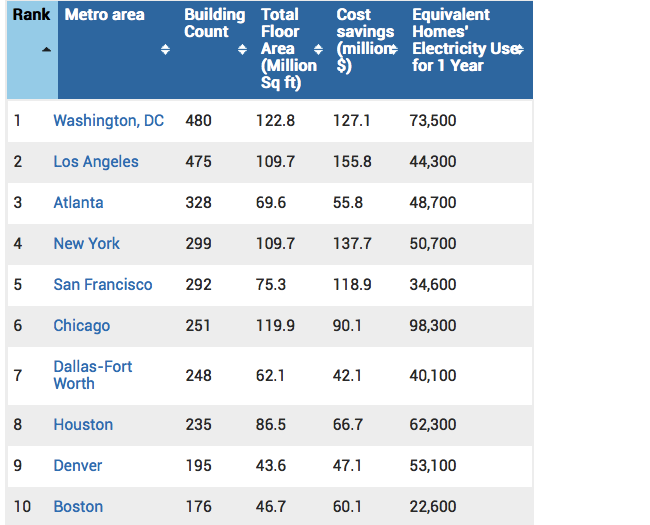 “The District of Columbia is proud to be a national leader in energy efficiency and honored to rank highest on EPA’s 2015 Top Cities list,” said District mayor Muriel Bowser in a statement. “Investing in our green economy is good for our environment and good for business. We are fully committed to working with our local business leaders to lower energy costs, reduce our carbon footprint and employ residents with good-paying jobs in this rapidly expanding sector.”

According to a press release, the District was able to take the top spot thanks to being the first  jurisdiction in the country to pass a “benchmarking” law that required large private buildings to annually measure and report their energy and water performance for public disclosure. This measurement is done using the EPA’s Energy Star Portfolio Manager online tool that helps track and improve a building’s energy efficiency.

“Washington, DC’s ranking shows how America’s cities are leading the nation in cutting carbon emissions and fighting climate change,” Jean Lupinacci, chief of the Energy Star Commercial & Industrial program said in a statement. “By embracing energy efficiency as a simple and effective pathway to reach their sustainability goals, these cities are demonstrating the tangible benefits that result from simple, cost-effective reductions in energy use.”

According to a blog post from Lupinacci, commercial buildings account for 17 percent of greenhouse gas emissions that fuel climate change, at a cost of more than $100 billion per year. However, the country’s growing number of Energy Star buildings are offsetting that staggering cost, “saving nearly $3.4 billion on utility bills and preventing greenhouse gas emissions equal to the emissions from the annual electricity use of nearly 2.4 million homes.”

To earn the Energy Star certification, a commercial building must score 75 or higher on an energy efficiency scale out of 100 on the Energy Star Portfolio Manager online tool (a score of 50 is the average). A professional engineer or registered architect must verify that the assessment is accurate.

Check out this link to see which major metropolitan areas rounded out the top 25, and which mid-size and small cities made the list.