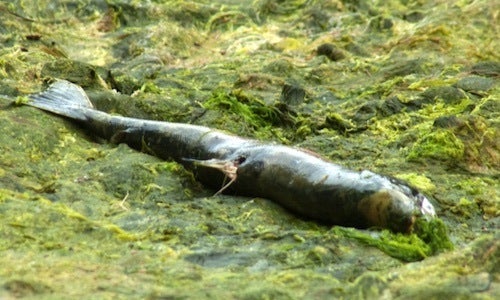 Chile’s salmon industry is once again in a tailspin as the ongoing and toxic algal bloom in the country’s coastal waters has led to the death of nearly 23 million fish—or 15 percent of Chile’s salmon production—putting the total economic blow from lost production around $800 million, Reuters reported. 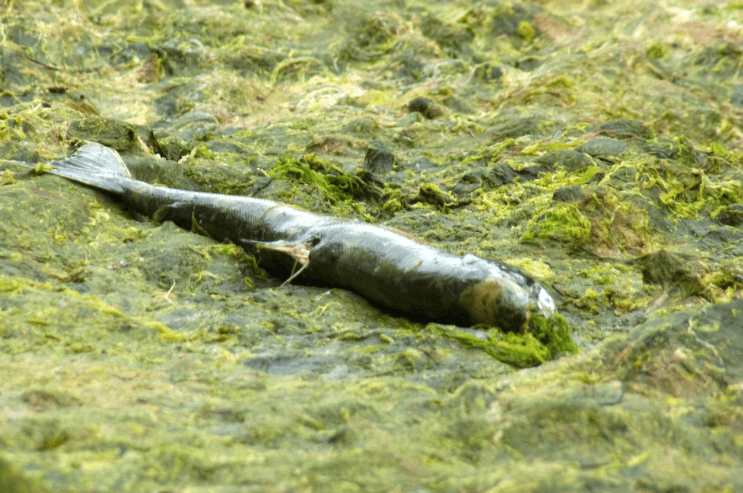 A toxic algae bloom has killed millions of Chile’s salmon. There are so many dead fish it could easily fill 14 olympic-size swimming pools. Photo credit: Flickr

“This summer’s climatic conditions have led to massive algae blooms, first in the north of Aysén and Central Chiloe and now in the Puerto Montt area, causing mortality through low oxygen and damage in the (fish) gills,” Chile’s director of National Fisheries and Aquaculture, German Iglesias, told MercoPress.

Jose Miguel Burgos, the head of the government’s Sernapesca fisheries body, told Reuters that the amount of dead fish in Chile could fill 14 Olympic-size swimming pools.

The 100,000 tonnes in lost production—including Atlantic salmon, Coho and trout—is equivalent to some $800 million in exports, Burgos added. Chile exported $4.5 billion of farmed salmon, on 800,000 tonnes of shipments last year.

Algal blooms are becoming an increasingly frequent phenomenon in fresh and saltwater bodies around the world that can contaminate or kill aquatic life and make people sick. Warming waters from climate change, inorganic fertilizers, and manure runoff from industrial agriculture and wastewater treatment plants have been pegged as conditions that can cause algal blooms.

Scientists are trying to pinpoint the exact reason why algae blooms have led to massive fish kills, according to Undark:

There seem to be a few possibilities. First, the rapid proliferation of the photosynthetic plankton can starve the water of oxygen, effectively suffocating the fish. It’s also possible that the massive algal colony is producing neurotoxins like brevetoxin, which can be deadly to fish. Finally, the fish might well be suffocating not solely from oxygen depletion in the surrounding water, but also due to an associated accumulation of mucus on their gills.

Concerns about drug-resistant superbugs, however, have led many American consumers to seek out antibiotic-free products. Chile’s rampant use of antibiotics on salmon caused retail giant Costco to switch most of its contracts to Norway. Norway’s use of antibiotics in aquaculture is at the lowest level since the late 1970s, according to a recent report from the Norwegian Veterinary Institute.

The combined catastrophes have forced Chile’s 2015 salmon production to decline by 16 percent, Undark pointed out, with Chile’s securities and insurance regulators poised to lose millions to cover losses associated with toxic algae.

“This event will probably be the largest loss to ever hit the aquaculture insurance market,” Daniel Fairweather, director of aquaculture and fisheries at insurance broker and risk consultancy Willis Towers Watson, told the publication. He estimated that insurers will probably pay out $175 million to salmon farmers who have purchased biomass insurance coverage. 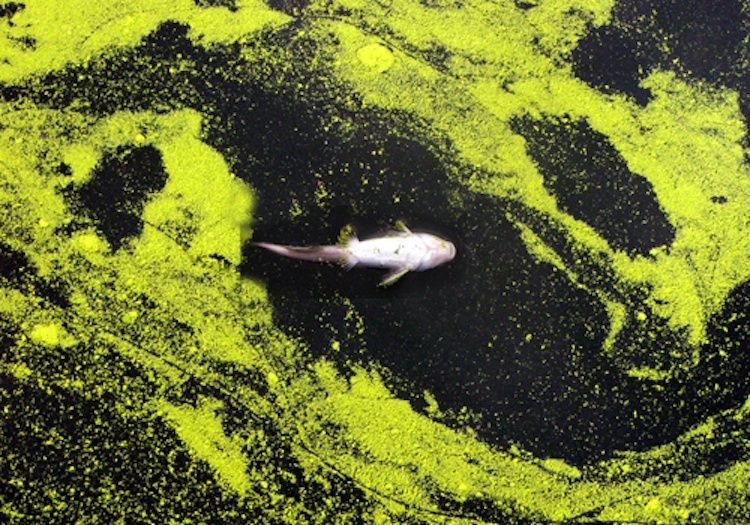 Toxic microcystin bacteria float, along with this dead fish, on the surface of freshwater lakes. Photo credit: Oregon State University

To get rid of the dead fish, the ones fit for consumption will be converted into fishmeal Reuters noted, while the remaining will be dumped 60 miles offshore to avoid risks to human health, IntraFish noted.

Seafood business news source Undercurrent reported that a shortage of fresh salmon to the U.S. will be noticed by May with contract prices for Atlantic salmon expected to increase by then. The current spot, or market price, is already up across the board.