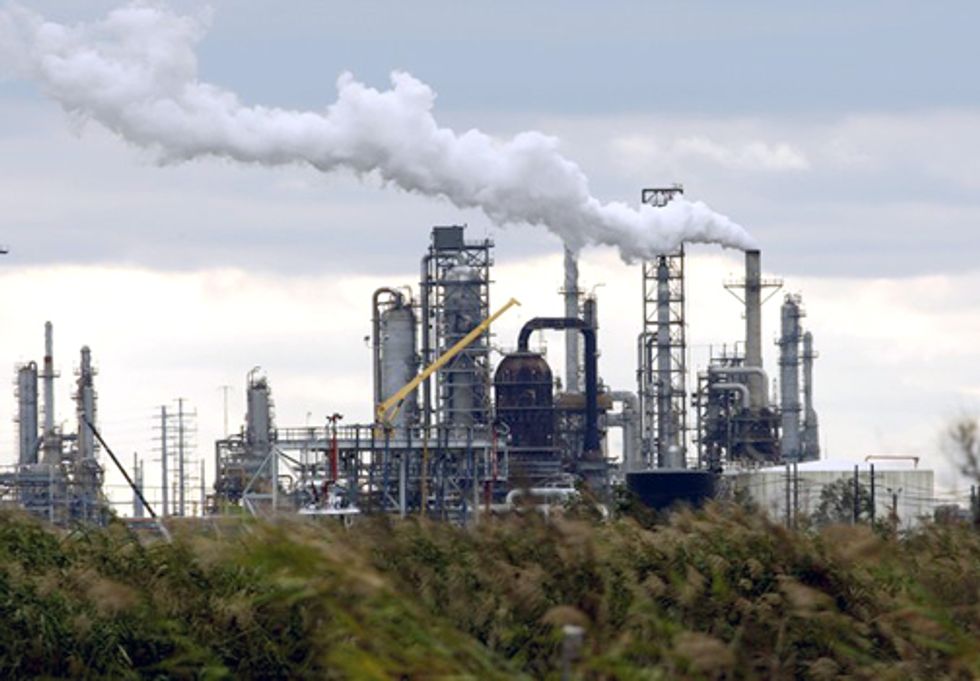 Renewable energy advocate Tom Weis ended his 2,150-mile Keystone XL “Tour of Resistance” at the fence line community of West Port Arthur, Texas, in the shadow of giant oil refineries spewing toxic air emissions. Weis launched the tour 10 weeks ago at the U.S./Canada border and has pedaled the entire U.S. length of the proposed tar sands pipeline in his “rocket trike” in support of landowners and communities in six states fighting Keystone XL. Pipeline opponents joined him in demanding that President Obama reject TransCanada’s presidential permit without delay.

Ride endorser Paul Hawken, author of The Ecology of Commerce and Blessed Unrest, joined Weis in characterizing Obama’s November announcement to delay a decision on Keystone XL until after the 2012 election as “dangerous.” Hawken joined the call for Obama to immediately reject TransCanada’s permit, or be challenged on the campaign trail until he does. “If America does not draw the carbon line in the Athabasca tar sands, then the question is: who are we, and why are we here? Of all the environmental follies that have occurred in time, surely this is the greatest."

“President Obama has shown zero leadership on Keystone XL,” said Weis, president of Climate Crisis Solutions. Calling for Americans to relentlessly challenge the president on the campaign trail until he rejects TransCanada’s presidential permit, Weis said, “Keystone XL is not only un-American, it is a direct threat to our nation. Every day the president fails to deny this pipeline permit, he is failing to protect America and her people. He must be called out on this.”

Texas landowner and founder of Stop Tarsands Oil Pipelines, David Daniel, who has been fighting TransCanada for more than three years, called the pipeline project “illegal, unregulated, untested and a gross human rights violation with no public use justification." "My message to every politician, from President Obama on down, is if you plan to put my family’s life and water at risk by supporting this pipeline, you need to be the first one to step foot on my property to try to take it,” said Daniel.

Nebraska fourth generation rancher, Teri Taylor, who met with Weis during the ride to share how the fight against TransCanada has totally consumed their lives, said, “Keystone XL is not right for America. It puts America in danger.” She appealed to President Obama as a mother and a grandmother, “Deny this permit for your daughters and my grandchildren.”

Port Arthur resident Hilton Kelley, who received the 2011 Goldman Prize for fighting to protect his fence line community from the dangers of surrounding oil refineries, said, “The people of West Port Arthur have suffered enough. We cannot tolerate the additional toxic emissions Keystone XL would rain down on our community. Poor people also have a right to clean air and water.” The U.S. EPA has openly criticized the U.S. State Department for not fully assessing the potential impacts of increased refinery emissions on the community of Port Arthur and its air and groundwater. TransCanada’s Keystone XL pipeline could transport up to 830,000 barrels a day of toxic tar sands slurry to be processed in Gulf Coast oil refineries.

"President Obama faces a truly historical moment,” said Oglala Lakota matriarch and 2011 Indigenous Woman of the Year award winner Debra White Plume. “The world will soon see if he caves in to the tyranny of big oil, or if he is a sensible human being with a heart on fire for life, for the future generations. I hope he denies the permit right away, as game over for big oil, and the first stroke of painting a beautiful path for our generations to walk on."

Endorsers of the Ride for Renewables: No Tar Soil On American Soil! include Daryl Hannah, Lester Brown, Ed Begley, Jr., Paul Hawken, Patagonia and others. Principal sponsors include AllEarth Renewables, Inc. and EcoWatch.