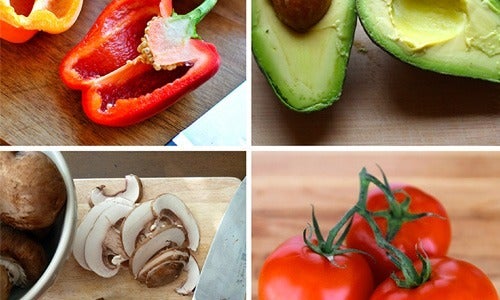 Inflammation can be both good and bad.

On one hand, it helps your body defend itself from infection and injury.

But on the other hand, chronic inflammation can lead to weight gain and disease (1).

However, some foods can actually help fight inflammation. 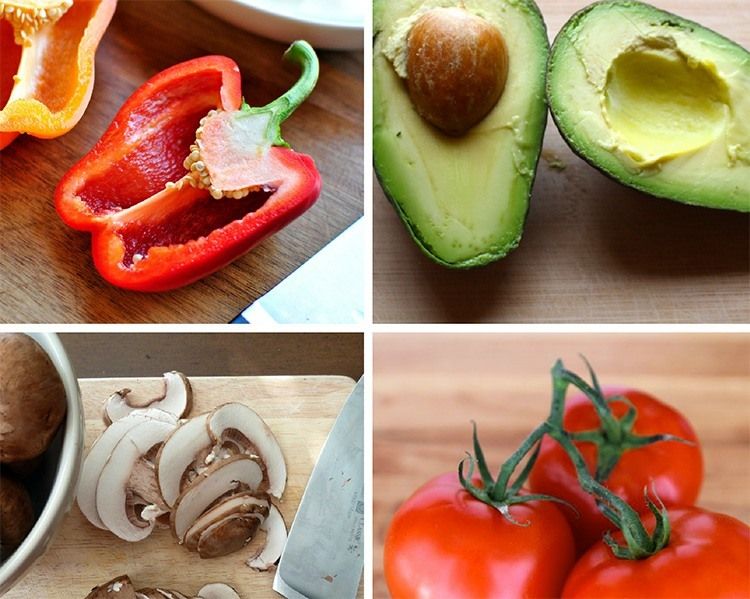 Here is a list of 13 anti-inflammatory foods that are supported by science.

Berries are small fruits that are packed with fiber, vitamins and minerals.

Although there are dozens of varieties, some of the most common berries include:

Berries contain antioxidants called anthocyanins. These compounds have anti-inflammatory effects that may reduce the risk of disease (2, 3, 4, 5, 6).

One study found that men who consumed blueberries every day produced significantly more natural killer cells, compared to men who did not (5).

In another study, overweight men and women who ate strawberries had lower levels of certain inflammatory markers associated with heart disease (6).

Fatty fish are a great source of protein and the long-chain omega-3 fatty acids, EPA and DHA.

Although all types of fish contain some omega-3 fatty acids, these fatty fish are among the best sources:

EPA and DHA reduce inflammation that can lead to metabolic syndrome, heart disease, diabetes and kidney disease, among others (7, 8, 9, 10, 11, 12)

This occurs after your body metabolizes these fatty acids into compounds called resolvins and protectins, which have anti-inflammatory effects (10).

In clinical studies, people consuming salmon or EPA and DHA supplements had decreases in the inflammatory marker C-reactive protein (CRP) (11, 12).

However, in another study, patients with atrial fibrillation who took EPA and DHA daily showed no difference in inflammatory markers when compared to those who received a placebo (13).

It’s a cruciferous vegetable, along with cauliflower, Brussels sprouts and kale.

Research has shown that eating a lot of cruciferous vegetables is associated with a decreased risk of heart disease and cancer (14, 15).

This may be related to the anti-inflammatory effects of the antioxidants they contain.

Broccoli is rich in sulforaphane, an antioxidant that fights inflammation by reducing your levels of cytokines and NF-kB, which drive inflammation (16, 17, 18).

Bottom Line: Broccoli is one of the best sources of sulforaphane, an antioxidant with powerful anti-inflammatory effects.

Avocados are a true “superfood.”

They also contain carotenoids and tocopherols, which are linked to reduced cancer risk (19, 20, 21).

In addition, one compound in avocados has been shown to reduce inflammation in young skin cells (22).

In one study, when people consumed a slice of avocado with a hamburger, they showed lower levels of inflammatory markers NF-kB and IL-6 than participants who ate the hamburger alone (23).

Bottom Line: Avocados contain various beneficial compounds that protect against inflammation and may reduce the risk of cancer.

You’ve probably already heard that green tea is one of the healthiest beverages you can drink.

Many of its benefits are due to its antioxidant and anti-inflammatory properties, especially a substance called epigallocatechin-3-gallate (EGCG).

EGCG inhibits inflammation by reducing pro-inflammatory cytokine production and damage to the fatty acids in your cells (26, 27).

Bell peppers and chili peppers are loaded with vitamin C and antioxidants that have powerful anti-inflammatory effects (28, 29, 30).

Bell peppers contain the antioxidant quercetin, which has been shown to reduce one marker of oxidative damage in people with sarcoidosis (31).

Mushrooms are fleshy structures produced by certain types of fungi.

Thousands of varieties exist throughout the world, but only a few are edible and grown commercially.

These include truffles, portobello mushrooms and shiitake, to name a few.

Mushrooms are very low in calories and rich in all of the B vitamins, selenium and copper.

However, one study found cooking mushrooms decreased a large portion of their anti-inflammatory compounds, so it may be best to consume them raw or lightly cooked (38).

They may also decrease the risk of several diseases, including heart disease, diabetes, obesity, Alzheimer’s disease and eye disorders (40, 41, 42, 43, 44).

Grapes are also one of the best sources of resveratrol, another compound that has many health benefits.

In one study, people with heart disease who consumed grape extract daily experienced a decrease in inflammatory gene markers, including NF-kB (44).

Also, their levels of adiponectin increased, which is a good thing because low levels are associated with weight gain and an increased risk of cancer (45).

Bottom Line: Several plant compounds in grapes, including resveratrol, can reduce inflammation. They may also reduce the risk of several diseases.

Turmeric is a spice with a strong, earthy flavor that’s often used in curries and other types of Indian dishes.

It has received a lot of attention for its content of the powerful anti-inflammatory nutrient curcumin.

When people with metabolic syndrome took 1 gram of curcumin daily, they experienced a significant decrease in CRP when compared to placebo (51).

However, it may be hard to get enough curcumin to have a noticeable effect from turmeric alone.

In one study, overweight women who took 2.8 grams of turmeric per day had no improvement in inflammatory markers (52).

Eating black pepper along with turmeric enhances the effects. Black pepper contains piperine, which can boost curcumin absorption by 2,000 percent (53).

Extra virgin olive oil is one of the healthiest fats you can eat.

It’s rich in monounsaturated fats and a staple in the Mediterranean diet, which provides numerous health benefits.

In one Mediterranean diet study, CRP and several other inflammatory markers significantly decreased in those who consumed 1.7 oz (50 ml) of olive oil daily (58).

The effect of oleocanthol, an antioxidant found in olive oil, has been compared to anti-inflammatory drugs like ibuprofen (59).

However, it’s important to note the type of olive oil. Anti-inflammatory benefits are much greater in extra-virgin olive oil than in refined olive oil (60).

Flavanols are responsible for chocolate’s anti-inflammatory effects and also keep the endothelial cells that line your arteries healthy (65, 66).

However, make sure to choose dark chocolate that contains at least 70 percent cocoa (more is even better) in order to reap the anti-inflammatory benefits.

Bottom Line: Flavanols in dark chocolate and cocoa can reduce inflammation. They may also reduce the risk of several diseases.

The tomato is a nutritional powerhouse.

Tomatoes are high in vitamin C, potassium and lycopene, an antioxidant with impressive anti-inflammatory properties (67, 68, 69, 70).

Lycopene may be particularly beneficial for reducing pro-inflammatory compounds related to several types of cancer (68, 69).

One study found that drinking tomato juice significantly decreased inflammatory markers in overweight women. However, these markers did not decrease in obese women (70).

In a review of studies analyzing different forms of lycopene, researchers found that tomatoes and tomato products reduced inflammation more than lycopene supplements (71).

Lastly, it’s interesting to note that cooking tomatoes in olive oil can maximize the amount of lycopene you absorb (72).

That’s because lycopene is a carotenoid, which are fat-soluble nutrients. They are absorbed better when there is some fat in the meal.

Bottom Line: Tomatoes are an excellent source of lycopene, which can reduce inflammation and protect against cancer.

Cherries are delicious and rich in antioxidants, such as anthocyanins and catechins, which fight inflammation (73, 74, 75, 76, 77).

Although the health-promoting properties of tart cherries have been studied more, sweet cherries also provide benefits.

In one study, when people consumed 280 grams of cherries per day for one month, their CRP levels decreased and remained that way for 28 days after they stopped eating cherries (77).

Bottom Line: Sweet and tart cherries contain antioxidants that reduce inflammation and the risk of disease.

Even low levels of inflammation on a chronic basis can lead to disease.

Do your best to keep inflammation in check by choosing a wide variety of these delicious, antioxidant-rich foods.