11 Foods and Beverages to Avoid During Pregnancy 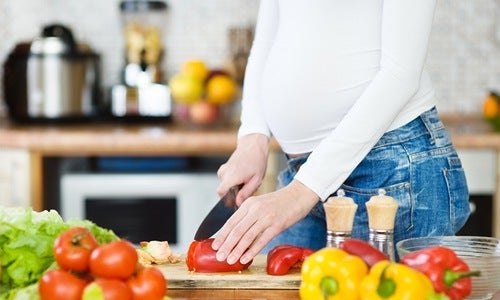 Pregnancy is one of the most vital and delicate times in a woman’s life.

Therefore, it is more important than ever to eat a healthy diet.

This means paying attention to what you eat and making sure to avoid harmful foods and beverages. 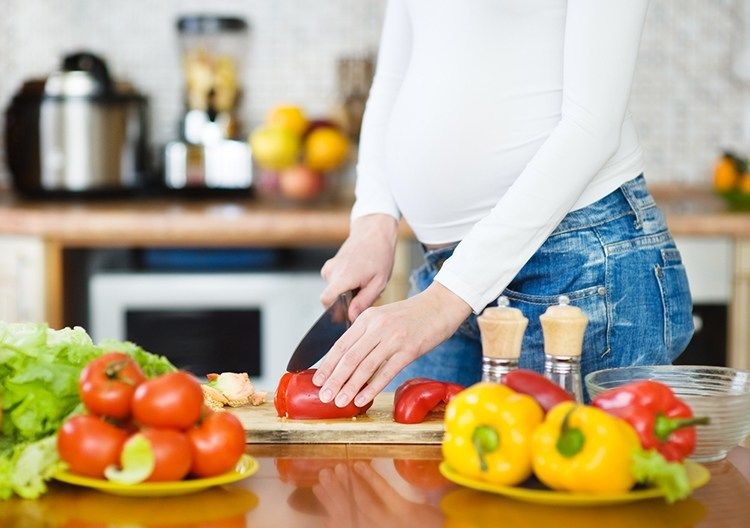 Pregnancy is one of the most vital and delicate times in a woman’s life.

Certain foods should only be consumed rarely, while others should be avoided completely.

Here are 11 foods and beverages to avoid or minimize during pregnancy.

Mercury is a highly toxic element. It has no known safe level of exposure and is most commonly found in polluted water (1).

In higher amounts, it can be toxic to the nervous system, immune system and kidneys (2).

Since it is found in polluted seas, large fish that live in these oceans can accumulate high amounts of mercury.

Therefore, pregnant women are advised to limit their consumption of high-mercury fish to no more than 1-2 servings per month (3, 4).

However, it is important to note that not all fish are high in mercury—just certain types.

Consuming low-mercury fish during pregnancy is very healthy and these fish can be eaten up to two times per week. Fatty fish is high in omega-3 fatty acids, which are important for the baby.

Raw fish, especially shellfish, can cause several infections. These include norovirus, Vibrio, Salmonella, Listeria and parasites (5, 6, 7).

Some of these infections only affect the mother, leaving her dehydrated and weak. Other infections may be passed on to the unborn baby with serious or even fatal, consequences (5, 6).

This bacteria can be found in soil and contaminated water or plants. Raw fish can become infected during processing, including smoking or drying.

Listeria can be passed to an unborn baby through the placenta, even if the mother is not showing any signs of illness. This can lead to premature delivery, miscarriage, stillbirth and other serious health problems (9).

Pregnant women are therefore advised to avoid raw fish and shellfish. This includes many sushi dishes.

Bottom Line: Raw fish and shellfish can be contaminated with bacteria and parasites. Some of these can cause adverse health effects and harm both the mother and unborn baby.

Eating undercooked or raw meat increases the risk of infection from several bacteria or parasites.

Bacteria may threaten the health of the unborn baby, possibly leading to stillbirth or severe neurological illnesses, including mental retardation, blindness and epilepsy (14).

While most bacteria are found on the surface of whole pieces of meat, other bacteria may linger inside the muscle fibers.

Some whole cuts of meat—such as tenderloins, sirloins or ribeye from beef, lamb and veal—may be safe to consume when not cooked all the way through.

However, this is only as long as the piece of meat is whole or uncut and completely cooked on the outside. Cut meat, including meat patties, burgers, minced meat, pork and poultry, should never be consumed raw or undercooked.

Hot dogs, lunch meat and deli meat are also of concern. These types of meat may become infected with various bacteria during processing or storage.

Pregnant women should not consume processed meat products unless they’ve been reheated until steaming hot.

Bottom Line: Raw or undercooked meat may contain harmful bacteria. As a general rule, meat should be cooked all the way through.

Raw eggs can be contaminated with Salmonella.

Symptoms of Salmonella infections are usually experienced only by the mother.

They include fever, nausea, vomiting, stomach cramps and diarrhea (15, 16).

However, in rare cases, the infection may cause cramps in the uterus, leading to premature birth or stillbirth (17).

Most commercial products that contain raw eggs are made with pasteurized eggs and are safe to consume. However, you should always read the label to make sure.

Bottom Line: Raw eggs may be contaminated with Salmonella, which can lead to sickness and an increased risk of premature birth or stillbirth. Pasteurized eggs can be used instead.

Organ meat is a great source of several nutrients.

These include iron, vitamin B12, vitamin A and copper, all of which are good for an expectant mother and her child.

However, eating too much animal-based vitamin A (preformed vitamin A) is not recommended during pregnancy.

It may cause vitamin A toxicity, as well as abnormally high copper levels, which can result in birth defects and liver toxicity (18, 19, 20).

Therefore, pregnant women should not eat organ meat more often than once a week.

Caffeine is the most commonly used psychoactive substance in the world and is mainly found in coffee, tea, soft drinks and cocoa (21, 22).

Pregnant women are generally advised to limit their caffeine intake to less than 200 mg per day or about 2–3 cups of coffee.

Caffeine is absorbed very quickly and passes easily into the placenta and fetus.

Because unborn babies and their placentas do not have the main enzyme needed to metabolize caffeine, high levels can build up (23, 24, 25).

High caffeine intake during pregnancy has been shown to restrict fetal growth and increase the risk of low birth weight at delivery (26).

Low birth weight, defined as less than 5 lbs, 8 oz (or 2.5 kg), is associated with an increased risk of infant death and a higher risk of chronic diseases in adulthood, such as type 2 diabetes and heart disease (27, 28).

Bottom Line: Pregnant women should limit their caffeine intake to 200 mg per day, which is about 2–3 cups of coffee. High caffeine intake during pregnancy can limit fetal growth and cause low birth weight.

Raw sprouts, including alfalfa, clover, radish and mung bean sprouts, may be contaminated with Salmonella (29).

Unlike with most other vegetables, these bacteria can get into the sprout seeds. They are therefore almost impossible to wash off.

For this reason, pregnant women are advised to avoid raw sprouts altogether. However, sprouts are safe to consume after they have been cooked (30).

Bottom Line: Raw sprouts may be contaminated by bacteria inside the seeds. Pregnant women should only eat cooked sprouts.

The surface of unwashed or unpeeled fruits and vegetables may be contaminated with several bacteria and parasites (31).

These include Toxoplasma, E. coli, Salmonella and Listeria, which can be acquired from the soil or through handling. Contamination can actually occur at any time during production, harvest, processing, storage, transportation or retail (29).

Bacteria can harm both the mother and her unborn baby. One very dangerous parasite that may linger on fruits and vegetables is called Toxoplasma.

The majority of people who get Toxoplasmosis have no symptoms, while others may feel as if they have the flu that lasts for a month or more.

Most infants who are infected with Toxoplasma while still in the womb have no symptoms at birth. However, symptoms such as blindness or intellectual disabilities may develop later in life.

What’s more, a small percentage of infected newborns have serious eye or brain damage at birth (32).

While you’re pregnant, it’s very important to minimize the risk of infection by thoroughly rinsing, peeling or cooking fruits and vegetables (29).

Raw milk and unpasteurized cheese can contain an array of harmful bacteria, including Listeria, Salmonella, E. coli and Campylobacter.

The same goes for unpasteurized juice, which is also prone to bacterial infections.

The bacteria can be naturally occurring or caused by contamination during collection or storage (37, 38).

Pasteurization is the most effective way to kill off any harmful bacteria, without changing the nutritional value of the products (39).

To minimize the risk of infections, pregnant women are advised to consume only pasteurized milk, cheese and fruit juice.

Bottom Line: Pregnant women should not consume unpasteurized milk, cheese or fruit juice, as these foods increase the risk of bacterial infections.

Pregnant women are advised to completely avoid drinking alcohol, as it increases the risk of miscarriage and stillbirth. Even a small amount can negatively impact your baby’s brain development (40, 41, 42, 43).

Since no level of alcohol has been proven to be safe during pregnancy, it is recommended to avoid it altogether.

Pregnancy is a time of rapid growth.

Your body needs increased amounts of many essential nutrients, including protein, folate and iron.

Yet even though you’re “eating for two” now, you don’t need twice the calories. You actually just need about 350–500 extra calories per day during the second and third trimesters (46).

An optimal pregnancy diet should mainly consist of whole foods, with plenty of nutrients to fulfill the needs of the mother and growing child.

Processed junk food is generally low in nutrients and high in calories, sugar and added fats.

What’s more, added sugar has been linked with a dramatically increased risk of developing several diseases, including type 2 diabetes and heart disease (47, 48).

And, while some weight gain is necessary during pregnancy, excess weight gain has been linked to many complications and diseases.

These include an increased risk of gestational diabetes and pregnancy or birth complications. It can also increase the risk of having an overweight child (49, 50).

This causes long-term health issues, since overweight children are much more likely to become overweight adults (51, 52, 53).

Bottom Line: Eating processed foods during pregnancy can increase the risk of excess weight gain, gestational diabetes and complications. This can have long-term health implications for the child.

Proper handling and sanitation of food is always recommended, especially during pregnancy.

However, this is not always easy to do, since some foods may already be contaminated when you purchase them.

For this reason, it is best to avoid the foods on this list as much as possible. The health of the expectant mother and her unborn child should come first.

If you want to learn more about what foods you should eat during pregnancy, check out this article: 13 Foods to Eat When You’re Pregnant.