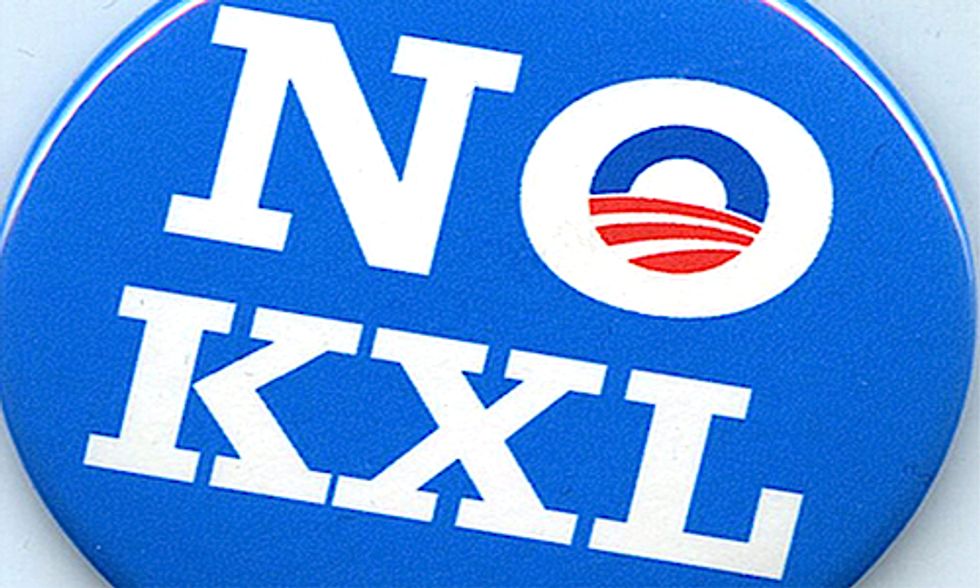 More than 100 leading scientists and economists are calling on the Obama Administration to deny the proposed Keystone XL tar sands pipeline because it will trigger massive development of the world’s dirtiest oil, and escalate climate change. They include Nobel Prize winners in physics and economics, and lead authors of the United Nations Intergovernmental Panel on Climate Change reports.

“We urge you to reject the Keystone XL tar sands oil pipeline as a project that will contribute to climate change at a time when we should be doing all we can to put clean energy alternatives in place,” the scientists and economists write in a letter sent today to President Obama and Secretary of State John Kerry. “The Keystone XL pipeline will drive expansion of the energy-intensive strip-mining and drilling of tar sands from under Canada’s Boreal forest, increasing global carbon emissions. Keystone XL is a step in the wrong direction.”

The letter’s timing is critical. In January, the U.S. State Department released a final Environmental Impact Statement on Keystone XL. Now the administration is formally considering whether the pipeline, aiming to pump tar sands oil from Canada mainly for export through the Gulf of Mexico, is in America’s national interest. A decision could be made in the next couple of months.

In their letter, the scientists and economists commend President Obama and Secretary Kerry for making strong commitments to fighting climate change. They call on them to turn down the proposed Keystone XL project because the incremental emissions alone could boost annual carbon pollution emissions by more than the output of seven coal-fired power plants.

That would worsen climate change, making the project clearly not in the national interest, they write. The total emissions are far greater, and, as they write, are “emissions that can and should be avoided with a transition to clean energy.”

This is another sign of growing opposition to the project. Recently, more than 2 million comments calling for rejection of Keystone XL were delivered to the State Department. Last week, more than 200 prominent business leaders sent a letter to Obama and Kerry saying that Keystone XL would be a bad business investment that would exacerbate climate change.

Keystone XL's Environmental Impact an Afterthought on 'Meet the Press'