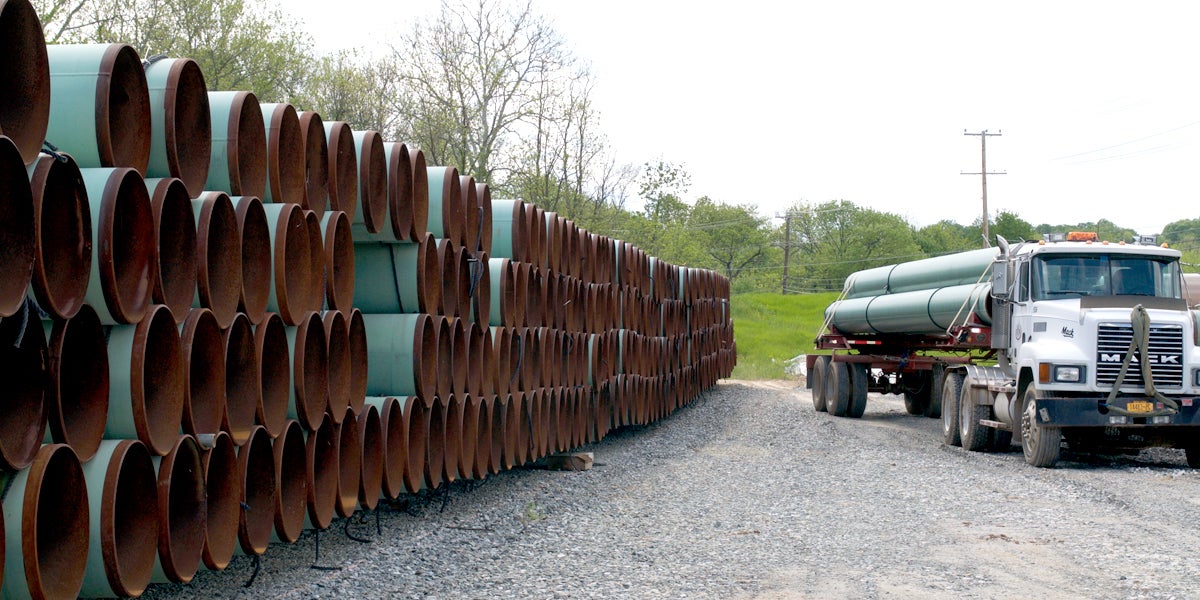 The American Gas Association, a major trade group representing some of the nation’s largest natural gas companies and utilities, has launched a new front-group called Your Energy America aimed at promoting natural gas and pipeline infrastructure, all while casting fossil fuel opponents as “anti-energy extremists.”

“As the name implies, Your Energy paints itself as a grassroots organization, something akin to the Sierra Club or the American Civil Liberties Union, but for folks who support natural gas,” Huffington Post reporter Alexander C. Kaufman writes.

But Kaufman notes, “The only indication that Your Energy is a public relations campaign paid for by a major industry association appears on the privacy policy page.”

The organization’s about section states: “Your Energy was created to speak out against a misguided movement that assaults our way of life. This movement is based on the simplistic belief that keeping our natural resources in the ground is the only solution to climate change. This isn’t just false—it’s dangerous to our quality of life, economy and energy security.”

Notably, the group’s Virginia chapter quietly debuted last month ahead of the state’s governor’s race, which is considered by local publications as a “pipeline referendum” over the highly contested Atlantic Coast and Mountain Valley pipelines.

Environmental groups worry about the proposed paths of the two fracked-gas pipelines, which would cross through pristine areas of Virginia, taking private property by use of eminent domain, removing mountaintops and threatening valuable drinking water resources.

The Atlantic Coast Pipeline, in particular, is owned by utility Dominion Energy, the state’s largest energy company and the largest corporate donor to state candidates.

Besides Virginia, Your Energy already has an active website for Connecticut and registered domain names for Ohio and New Jersey.

“The whole principle behind Your Energy is that we reject the false choice of an opposition movement that believes keeping natural resources in the ground is the only solution to climate change,” McCurdy explained to HuffPost. “That’s not just a false choice; it’s a dangerous choice.”

But Jesse Coleman, a researcher on fracking politics for Greenpeace USA, criticized the rhetoric coming from Your Energy.

“It’s crucial for the companies behind these front groups to portray normal community activism as somehow abhorrent or portray it as something other than what it is,” Coleman told HuffPost. “You can’t really win when your opposition just wants to keep their kids healthy, so you have to make them into some sort of bogeyman.”