Here’s How This Governor Can Take Real Climate Action 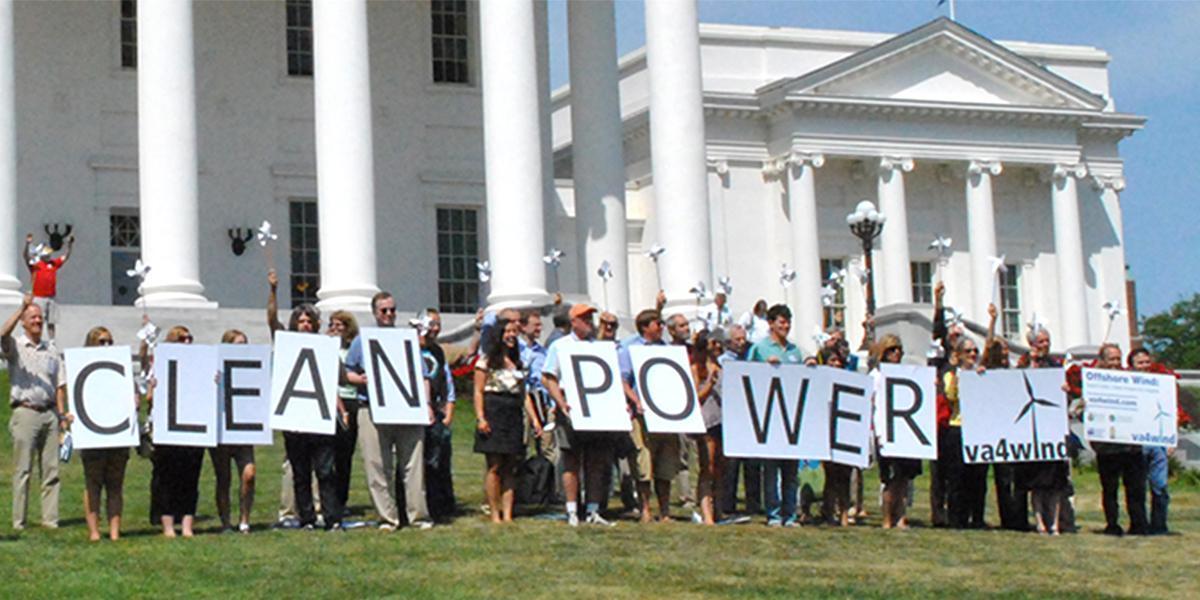 Now that Donald Trump has official announced that he plans to pull out of the Paris climate agreement and further entrench the power of the fossil fuel industry within our federal government, state and local action on climate becomes ever more crucial.

Virginia Gov. Terry McAuliffe recently said as much in announcing executive action to draw up a state cap-and-trade system to limit carbon pollution from power plants.

“Obviously with the pronouncements now coming out of the Trump administration, we cannot rely on them to do it, so we will be taking it into our own hands on the state level,” McAuliffe declared.

But if McAuliffe (or Virginia’s next governor) is truly serious about standing up to Trump on climate, and protecting Virginia’s vulnerable coastline from catastrophic flooding, he would also stop two massive fracked-gas pipelines proposed across the state. And, contrary to McAuliffe’s public statements, Virginia’s governor can stop these pipelines.

These projects—the 600-mile Atlantic Coast Pipeline led by Dominion Energy, and the 301-mile Mountain Valley Pipeline led by gas company EQT—would be disasters for the climate and communities along their path. They would both carry fracked gas from West Virginia through Virginia, crossing the steep fragile terrain of the Allegheny highlands and hundreds of waterways, and threatening pristine forests, drinking water supplies, and farms. The Atlantic Coast Pipeline would stretch further into North Carolina. Because of the risks, the projects are being fiercely opposed by affected landowners and concerned residents across all three states.

If built, the pipelines would blow a gaping, methane-filled hole into any Virginia state plan to reduce carbon emissions from power plants. In fact, they would significantly increase climate pollution. Oil Change International found that these pipelines would together cause as much greenhouse gas pollution as 45 coal-fired power plants—some 158 million metric tons a year. (See the Mountain Valley Pipeline and Atlantic Coast Pipeline greenhouse gas emissions briefings.) That’s because each new pipeline would trigger new gas production through fracking, and reliance on fracked gas for electricity is dirtier than coal when you add up the leakage of methane, a powerful greenhouse gas, along the gas supply chain.

In Virginia, picking up Trump’s slack on climate change must include proactively stopping the Atlantic Coast and Mountain Valley pipelines, and the increased gas reliance they would enable. Dominion Energy’s Virginia subsidiary, the largest utility in the state, plans to continue investing heavily in gas-fired power plants. It’s doing so at the expense of seriously accelerating clean energy investments, despite the fact that Virginia lags far behind neighboring North Carolina and Maryland in tapping its solar and wind resources, and ranks in the bottom-third of all states on energy efficiency.

Addressing carbon emissions only at the point of gas combustion—as the gas industry would like policymakers to do and as McAuliffe has thus far obliged—is like trying to save a burning house by spraying water on one side and jet fuel on the other. The flames will keep growing.

So how can Virginia’s governor stop these pipelines?

The answer rests with water.

For his part, McAuliffe has frequently claimed the pipelines are a “federal” issue. That belies the full picture. While the federal Natural Gas Act concentrates permitting authority over interstate gas pipelines with the Federal Energy Regulatory Commission (FERC), it specifically preserves state authority to approve or deny certain permits under the federal Clean Water Act. The governor’s administration has direct authority to approve or deny a Water Quality Certificate for both pipelines under Section 401 of the Clean Water Act.

As David Sligh of the Dominion Pipeline Monitoring Coalition put it, FERC’s role “in no way lessens the state’s ability to stop these destructive projects if they would damage our water quality. Congress explicitly gave states a veto power over federal projects that could degrade their waters.”

This is far from a theoretical argument. In New York State, the Cuomo administration has used state authority over 401 permits to block construction of two gas pipelines over the past year: the Constitution Pipeline and the Northern Access Pipeline.

Meanwhile, recent headlines out of Ohio illustrate the extensive damage gas pipelines can inflict on water resources during construction alone. FERC recently ordered Energy Transfer Partners to halt new horizontal directional drilling activities for construction of the Rover Pipeline after the company spilled two to five million gallons of drilling waste into fragile wetlands. The Atlantic Coast and Mountain Valley projects would both involve this type of risky drilling, they would both cross hundreds of waterways and wetlands, and their construction would involve laying 42-inch, high-pressure pipe through fragile karst terrain.

Yet, the McAuliffe administration has waffled in its willingness to fully exercise its permit authority under the Clean Water Act. In early April, the Virginia Department of Environmental Quality (DEQ) released a statement saying it would conduct project-specific 401 permit reviews for each pipeline, including a review of individual stream and wetlands crossings.

However, just seven weeks later, the agency suddenly backtracked, calling that previous statement a “miscommunication.” Instead, DEQ said it will defer to a blanket “Nationwide Permit 12” issued by the Army Corps of Engineers, which would approve hundreds of stream crossings at once without any site-specific review. DEQ claims it will still examine “other” issues beyond the waterway crossings. Water advocates say this would amount to an evasion of the state’s legal duties.

The bottom line is this: To lead on climate, and protect the state’s precious water resources, Virginia’s governor—whether it’s Terry McAuliffe or his successor—can and must stop the Atlantic Coast and Mountain Valley pipelines.

Doing so will take some political guts. Dominion, the company behind the Atlantic Coast Pipeline, also happens to be the biggest corporate donor to state political candidates in Virginia.

But gutsy decisions from state and local leaders are needed now more than ever, given Trump’s absolute abdication of moral and economic leadership at the federal level. Virginia has an opportunity to become a true climate leader in the Trump era—but that must include rejecting multi-billion-dollar investments in new fossil fuel infrastructure. Gas pipelines are a bridge to climate destruction forestalling our transition to solar, wind, and energy efficiency solutions, which provide the only path to a stable climate.