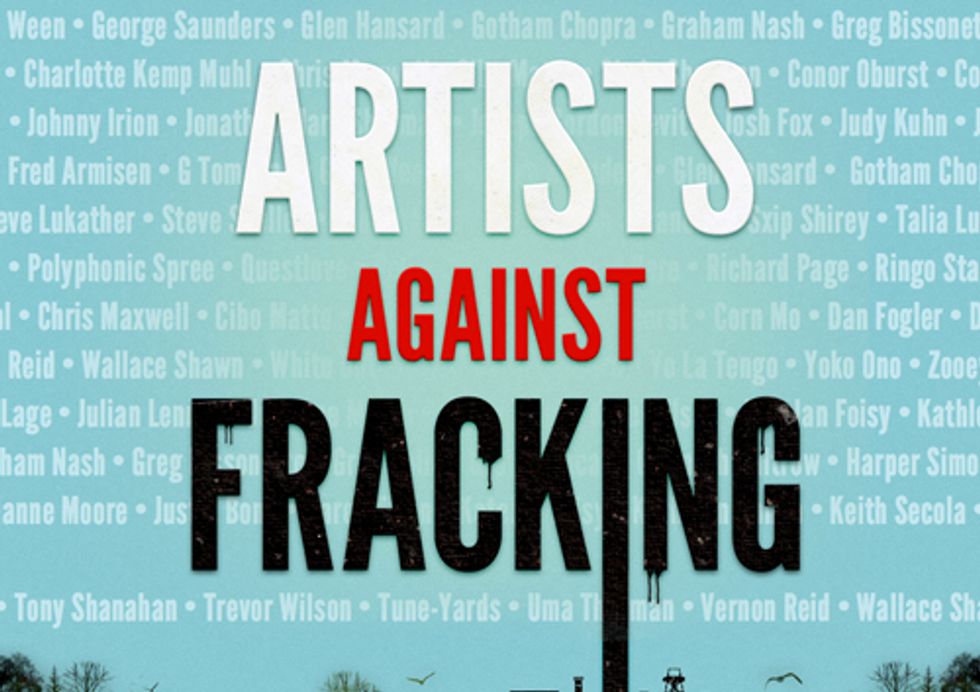 The group will work to expose and stop the harmful and contaminating practice of fracking for natural gas and oil through mass awareness and peaceful democratic action.

Yoko and Sean were compelled into action by Governor Andrew Cuomo's recent announcement that fracking might soon begin in New York.

"Protecting our drinking water is fundamental to life. And people worldwide know that as a species, we are near a tipping point—it could go either way," explained Sean. "We all have a responsibility to preserve the planet's life-support systems for future generations."

Hydraulic fracking pushes gas and oil out of rocks that are 2,000-10,000 feet below the earth by injecting millions of gallons of water laced with chemicals at high pressure to break the rocks and free trapped methane. In 2005, the Bush/Cheney Energy Policy Act exempted fracking for natural gas from the Safe Drinking Water Act, allowing the use of harmful chemical carcinogens and neurotoxins in the process without disclosure. Congress has reported that 650 chemicals used for fracking are known toxins. This highly contaminated water threatens aquifers and water supplies. Plus, methane leaking from fracked wells is a potent greenhouse gas.